Unfortunately, Canada’s Wonderland has been closed since last season and due to covid-19. However, that reminded me that we had a never published article about the park from my visit last year, including a review on Yukon Striker! And why is the European guy writing this? Well, it was summer and that meant going places (at that time). I didn’t do any specific theme park trips that year. But what would traveling for an enthusiast be without at least one theme park? So yeah, I went to Canada’s biggest to ride their newest coaster: Yukon Striker!

The skyline of the park is definitely shaped differently with the latest addition. Still the most defining one: Leviathan. You’re immediately excited by this one at the entrance of the park. Last time, I wasn’t overenthusiastic about it so I wondered how it would ride this time. 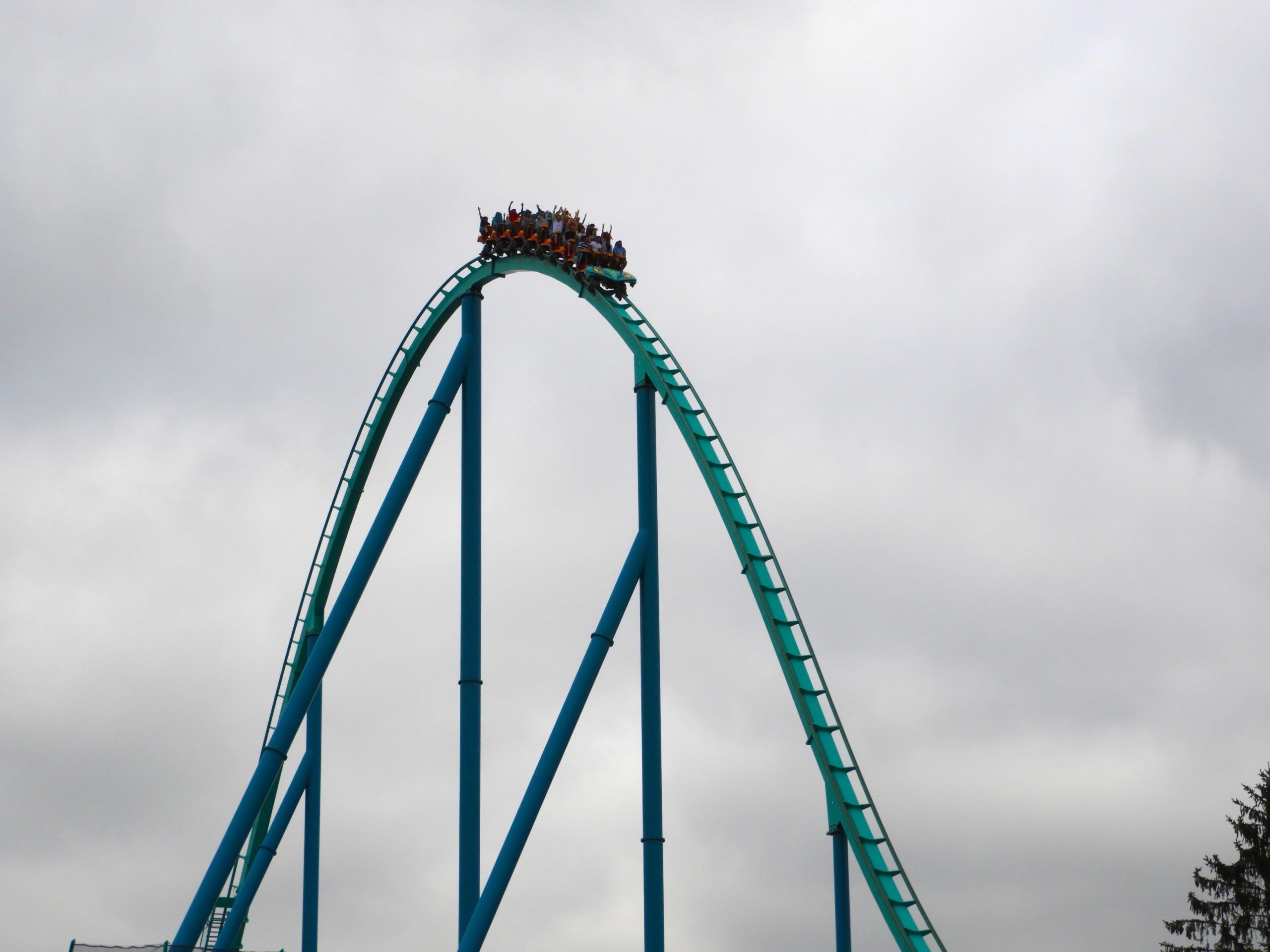 Once in the park, there’s no avoiding the newest addition. Do you see it peeking next to Wonder Mountain? 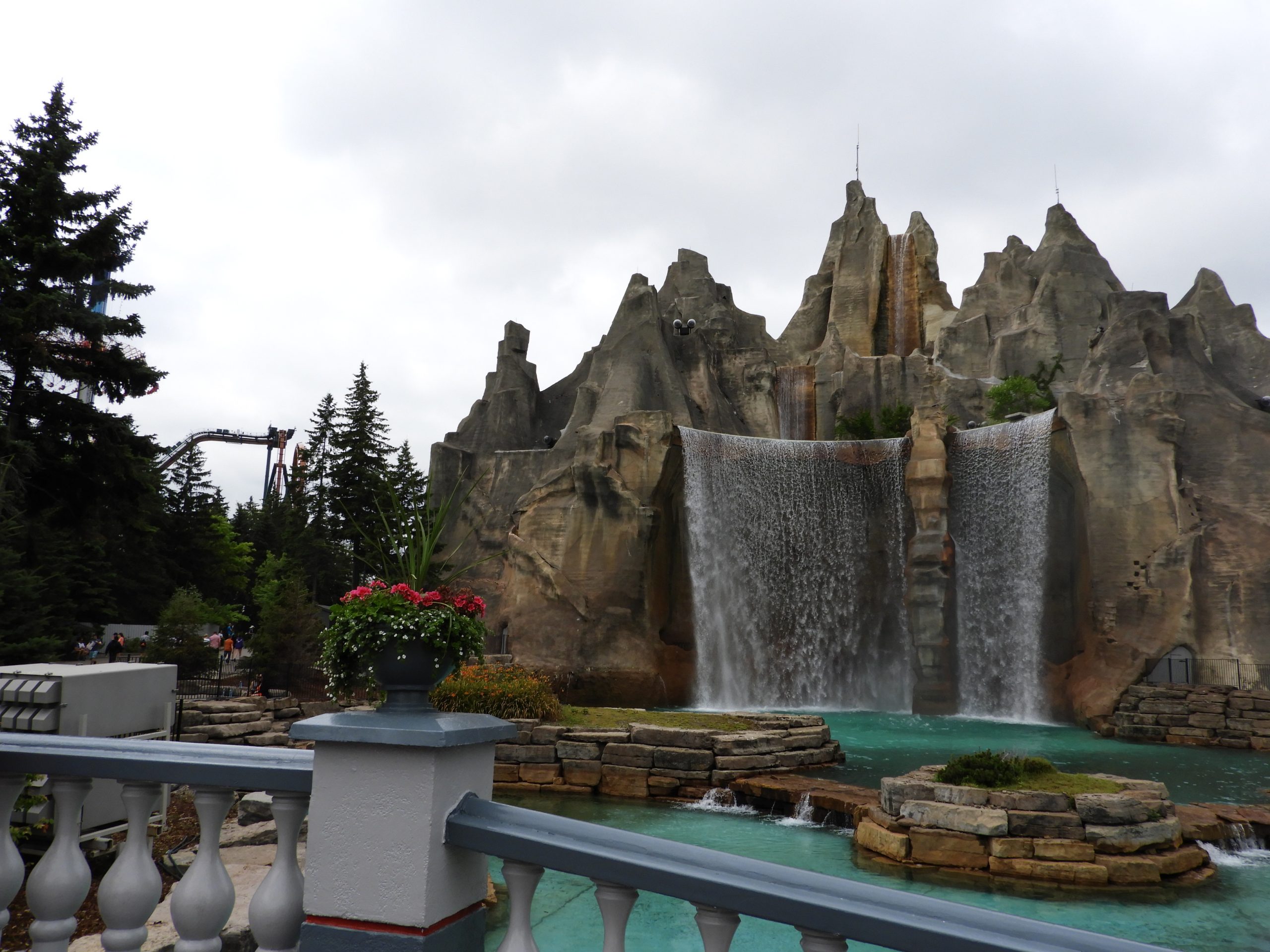 In Europe, I’ve ridden all the B&M Dive Coasters: Oblivion, Krake, Baron 1898, Oblivion Black Hole and Valkyria. When looking at Yukon Striker, it definitely outranks them by size. Still, I also rode Griffon at Busch Gardens Williamsburg and I had some flashbacks to that one. 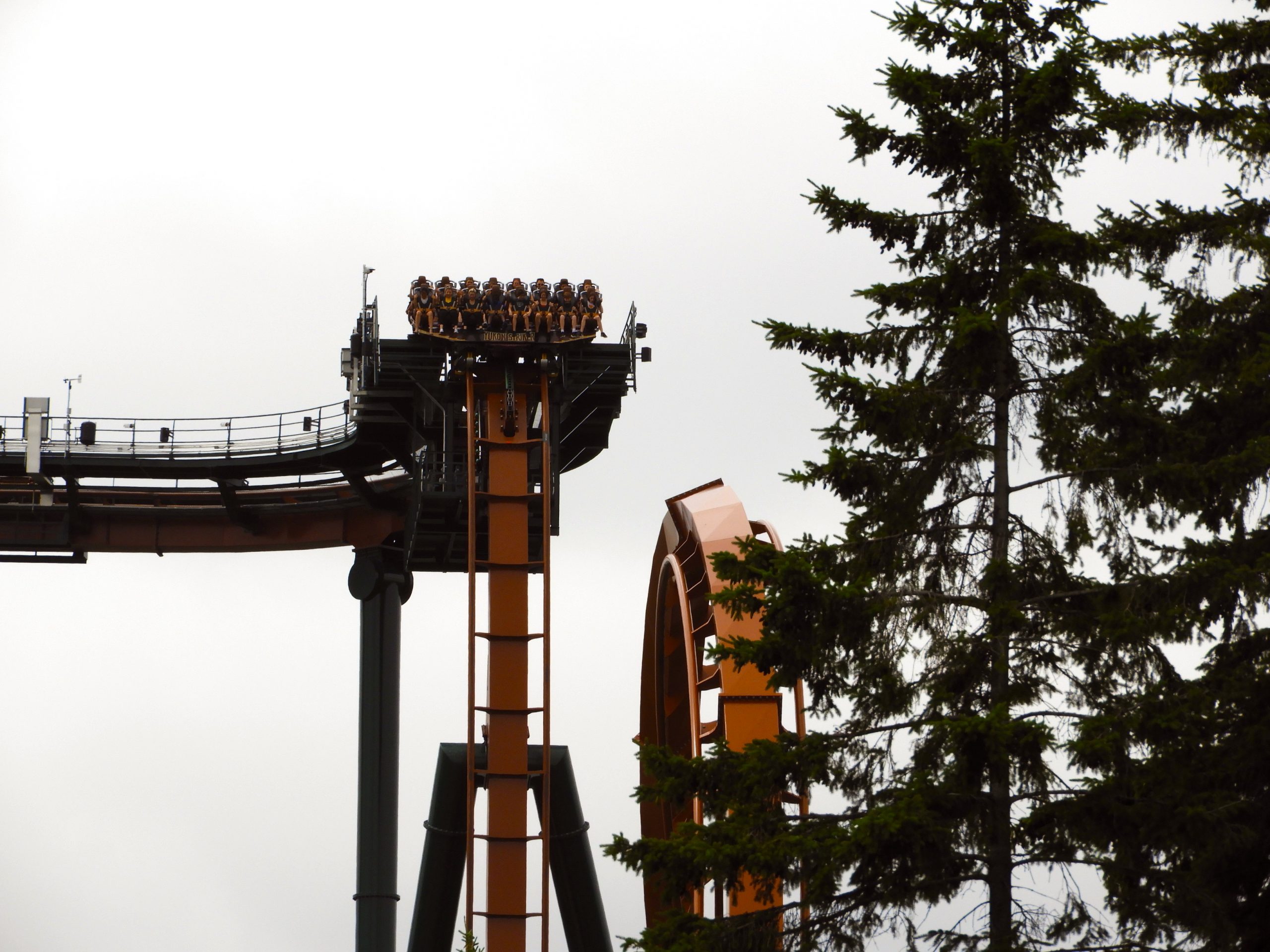 The area totally changed with this one and the memory of SkyRider standing almost at the same spot fades very fast. It feels like it’s always been there. 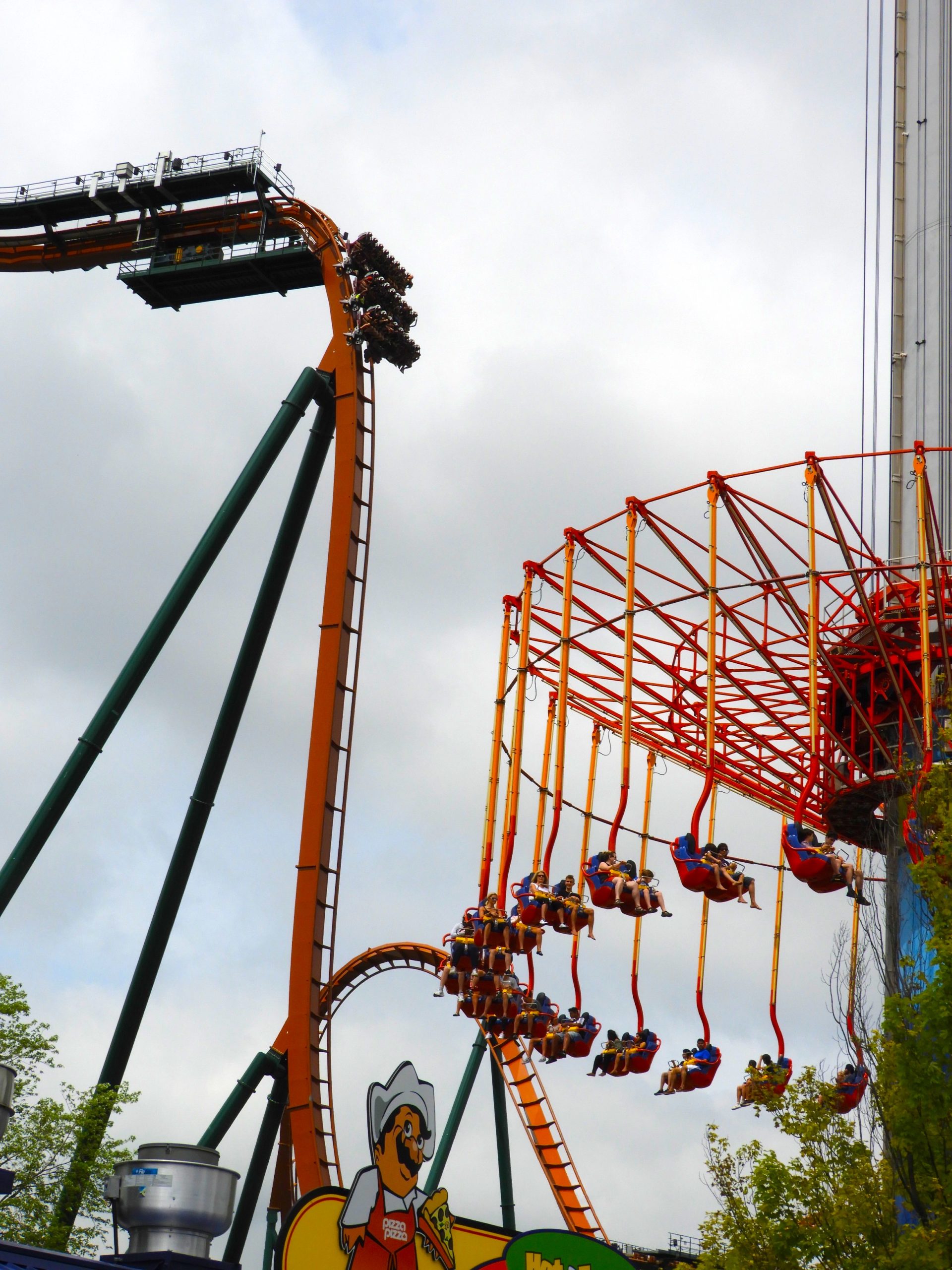 Compared to the other Divers I’ve ridden, the size of the station quite shocked me. Quite small, especially if you compare with Baron 1989. 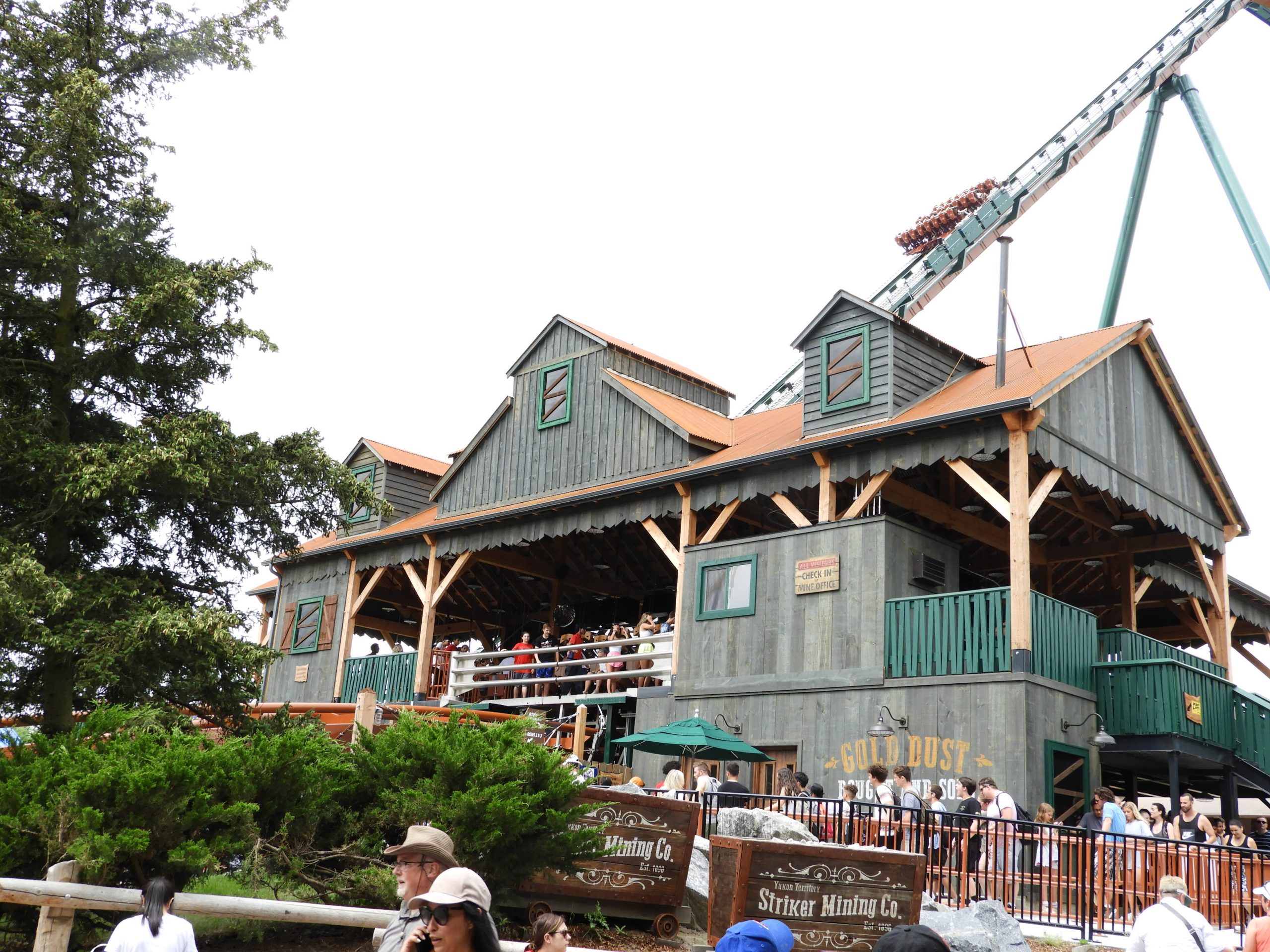 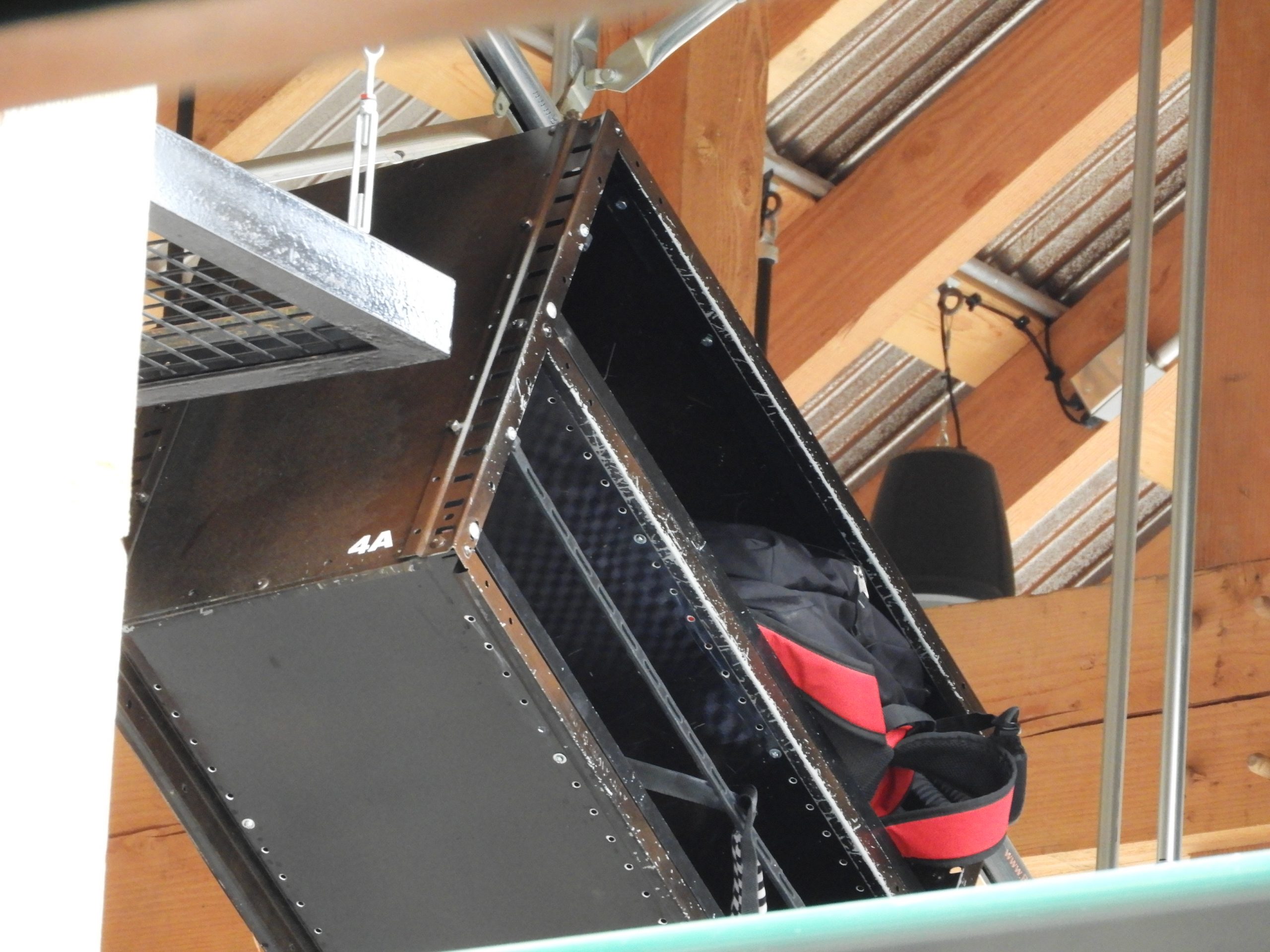 What’s unique though: their luggage system. You enter your bag in a kind of cabin and that gets transported to the exit while you ride! It worked perfectly during my visit. 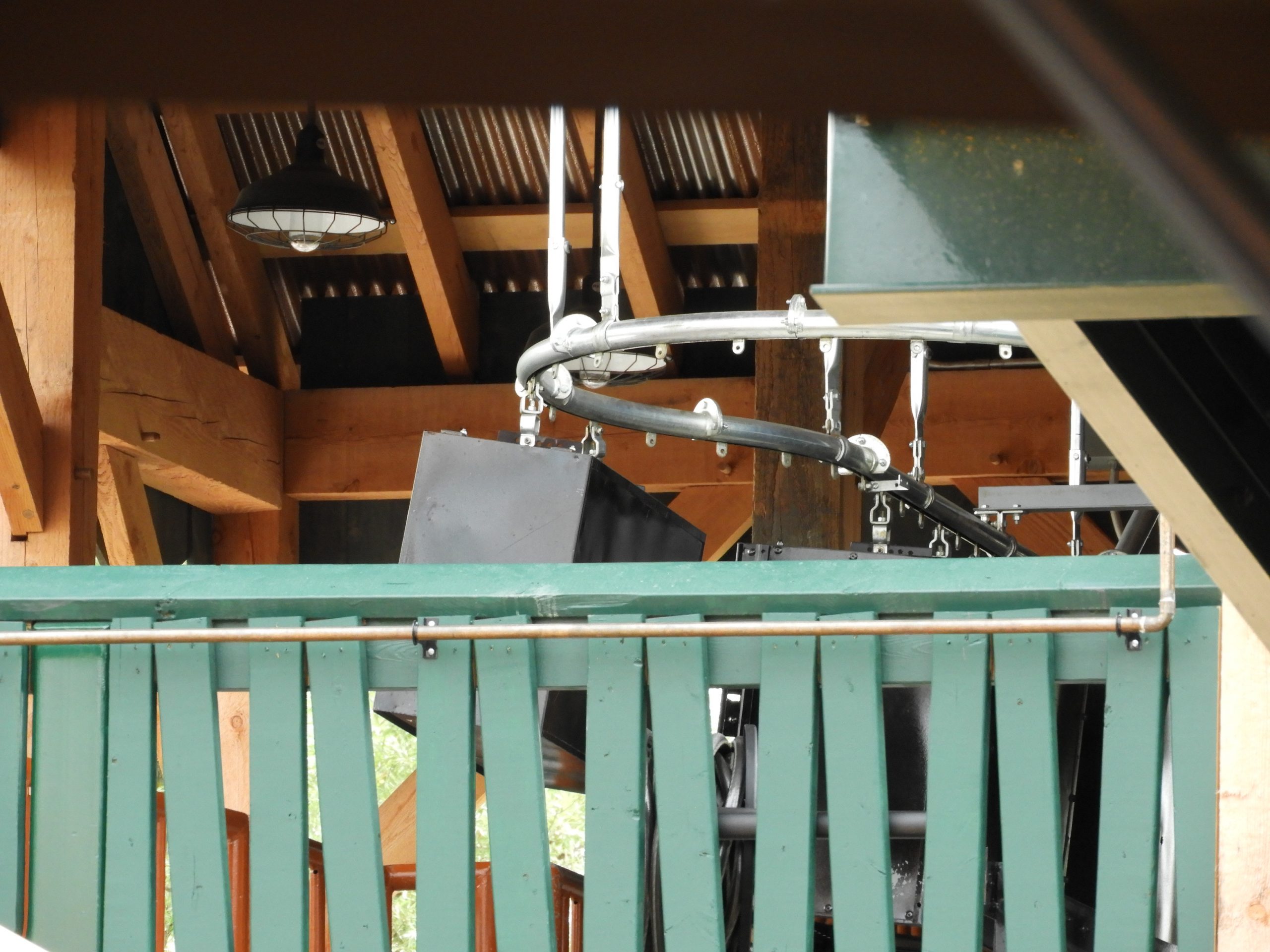 So how does it ride? Well, it became my favorite Diver instantly. The layout itself doesn’t surprise a lot if you’ve ridden other similar coasters but the inversions do deliver. They made an excellent choice with a tunnel at the end of the First Drop. Too bad there wasn’t any mist though. 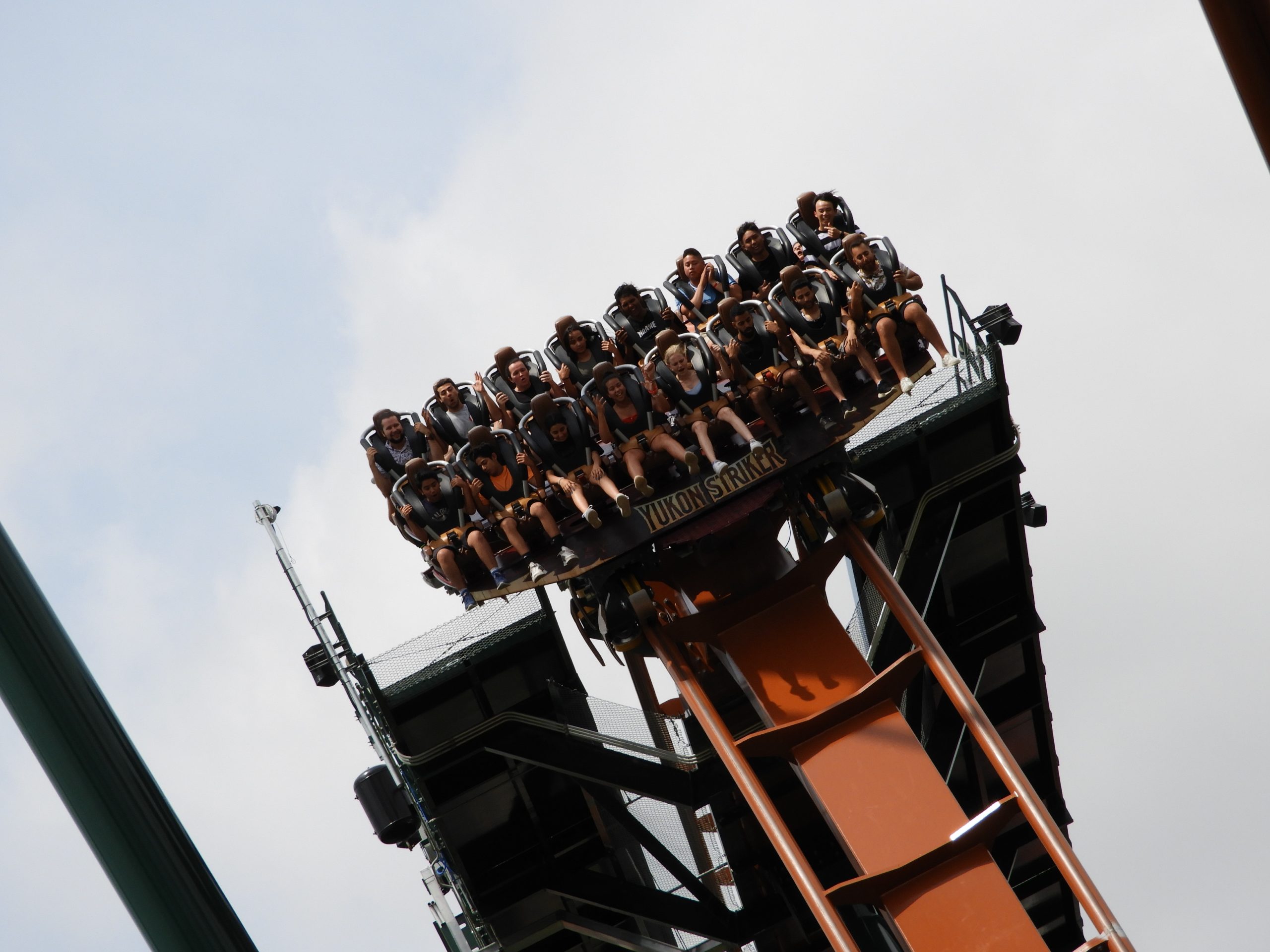 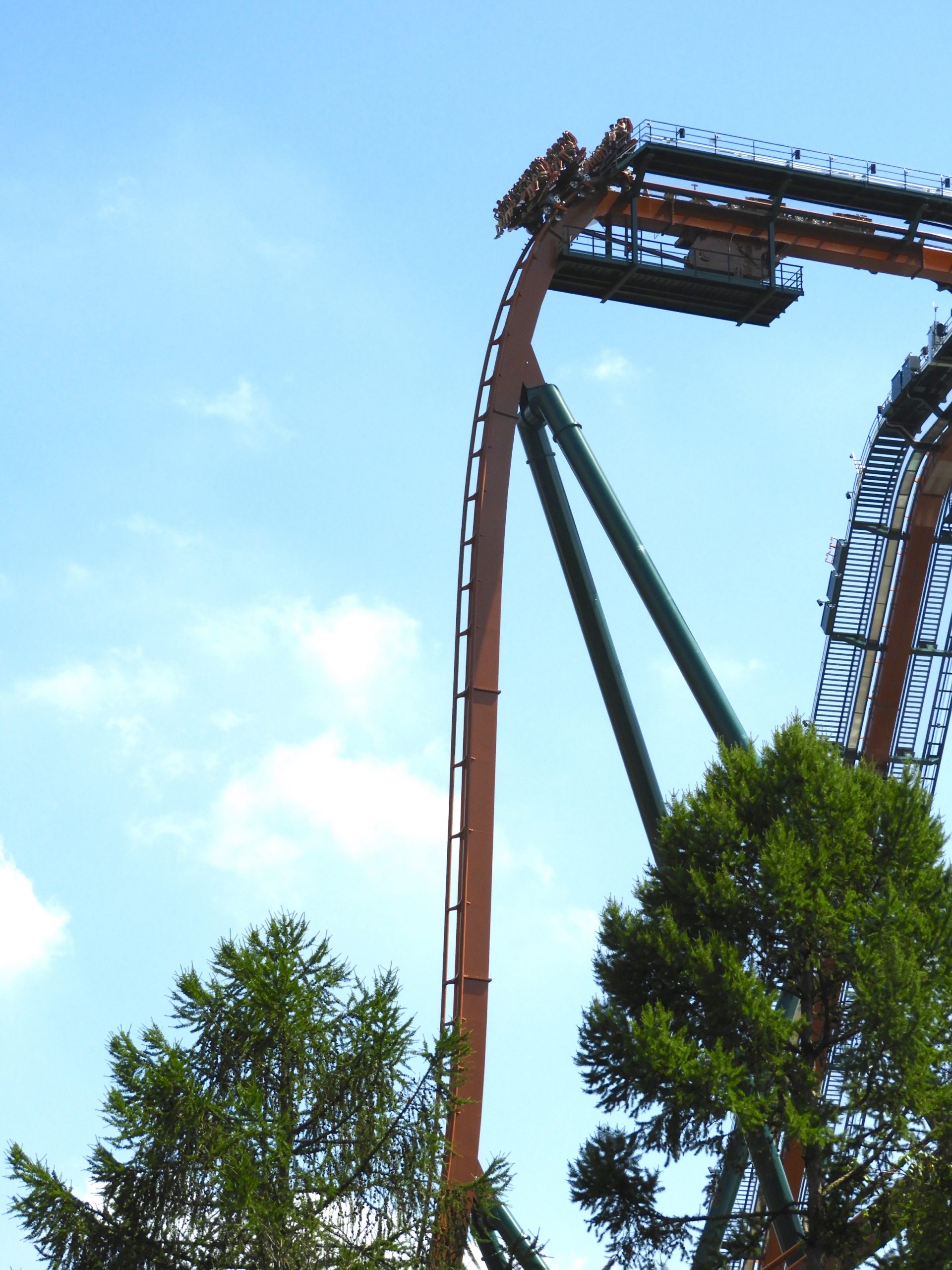 My favorite elements come halfway the ride: the Zero-G Winder followed by the Loop. The biggest surprise though: the little bump in the tunnel right after the Loop. Reminded of something similar on Oziris at Parc Astérix! 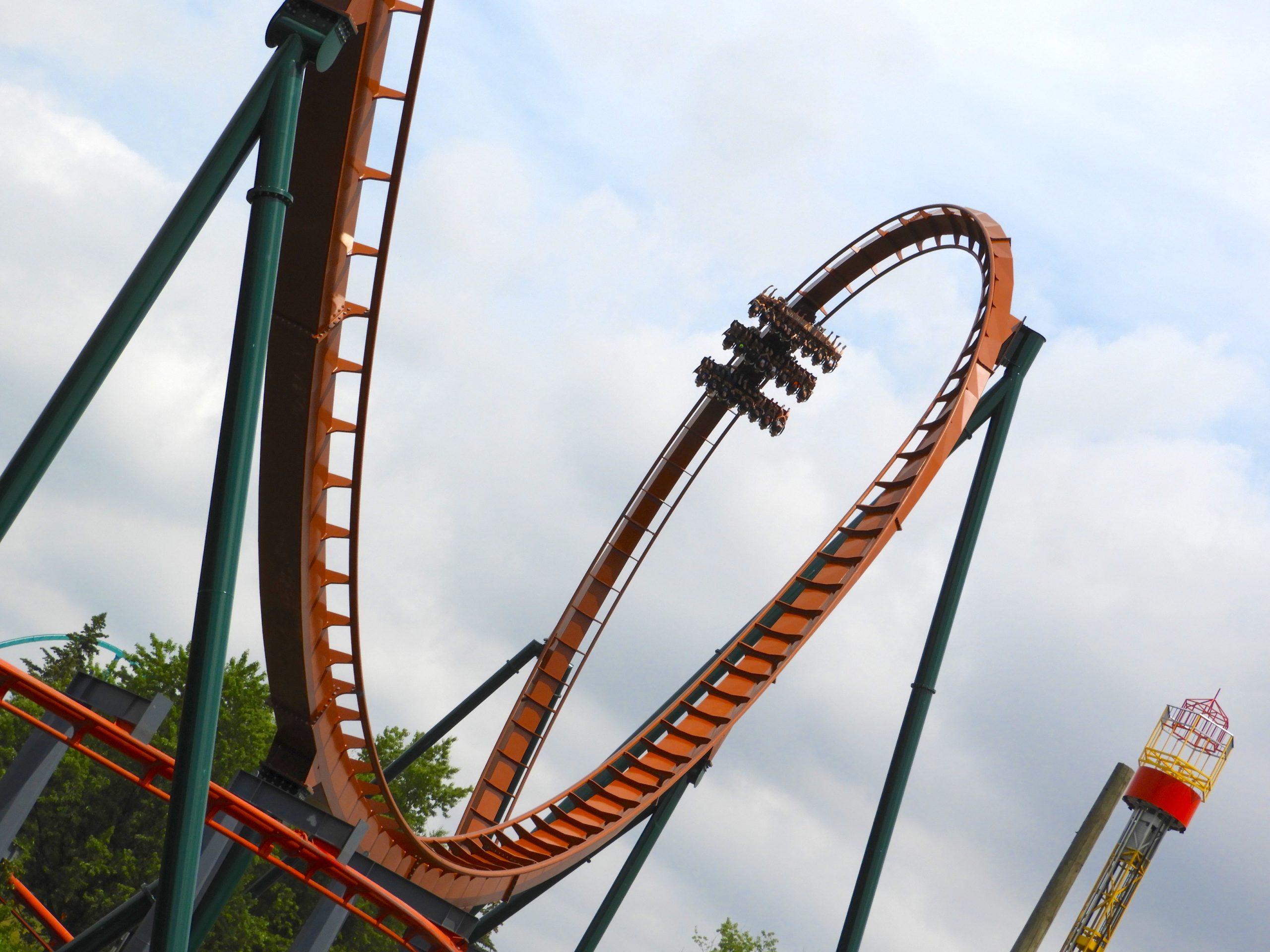 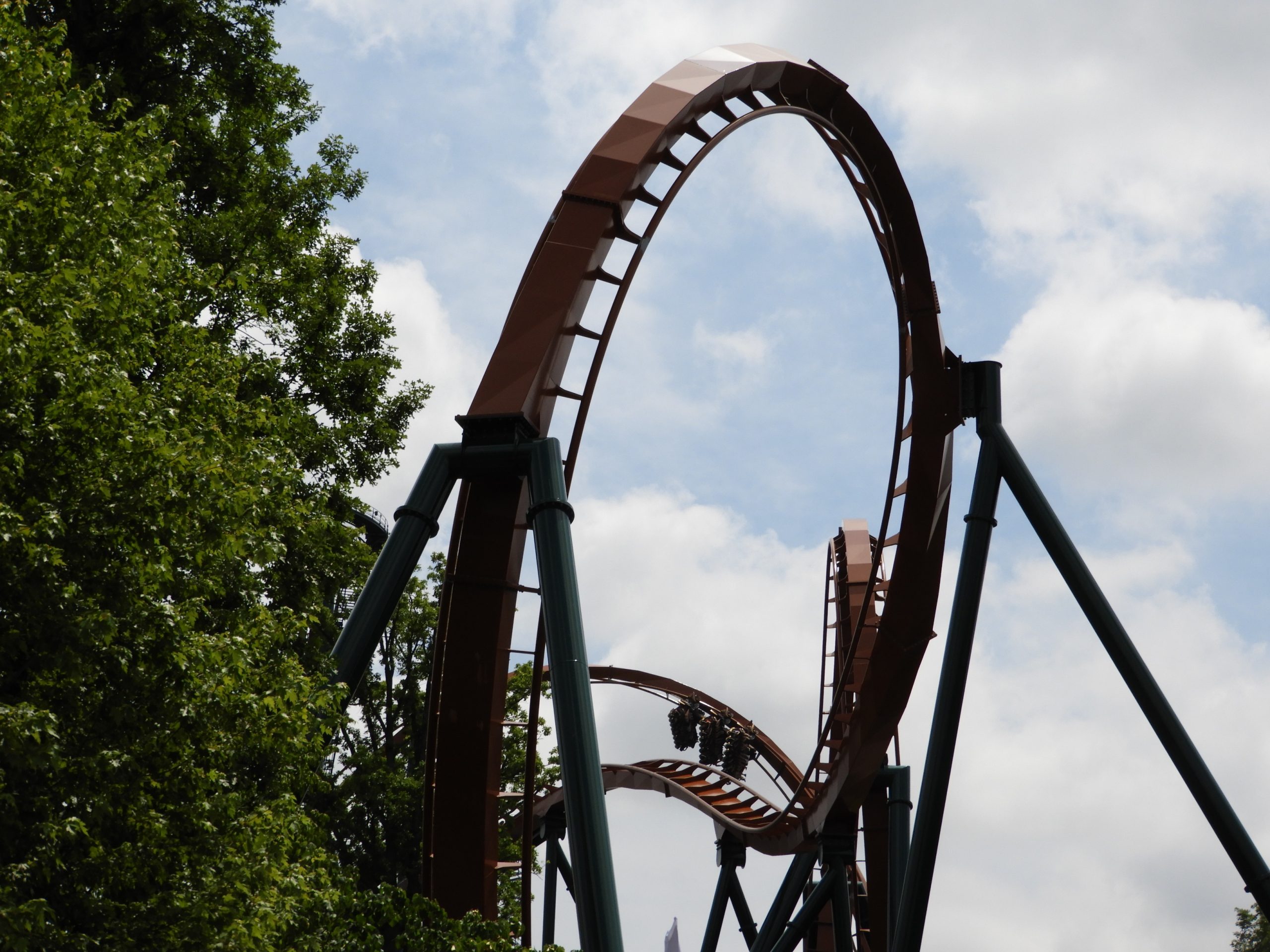 Dive Coasters aren’t the longest but I found this one to have a pretty good length. The second drop isn’t too special, but it has a little airtime before entering the Helix. So the small second part of the ride basically comes in as a bonus for the ride. 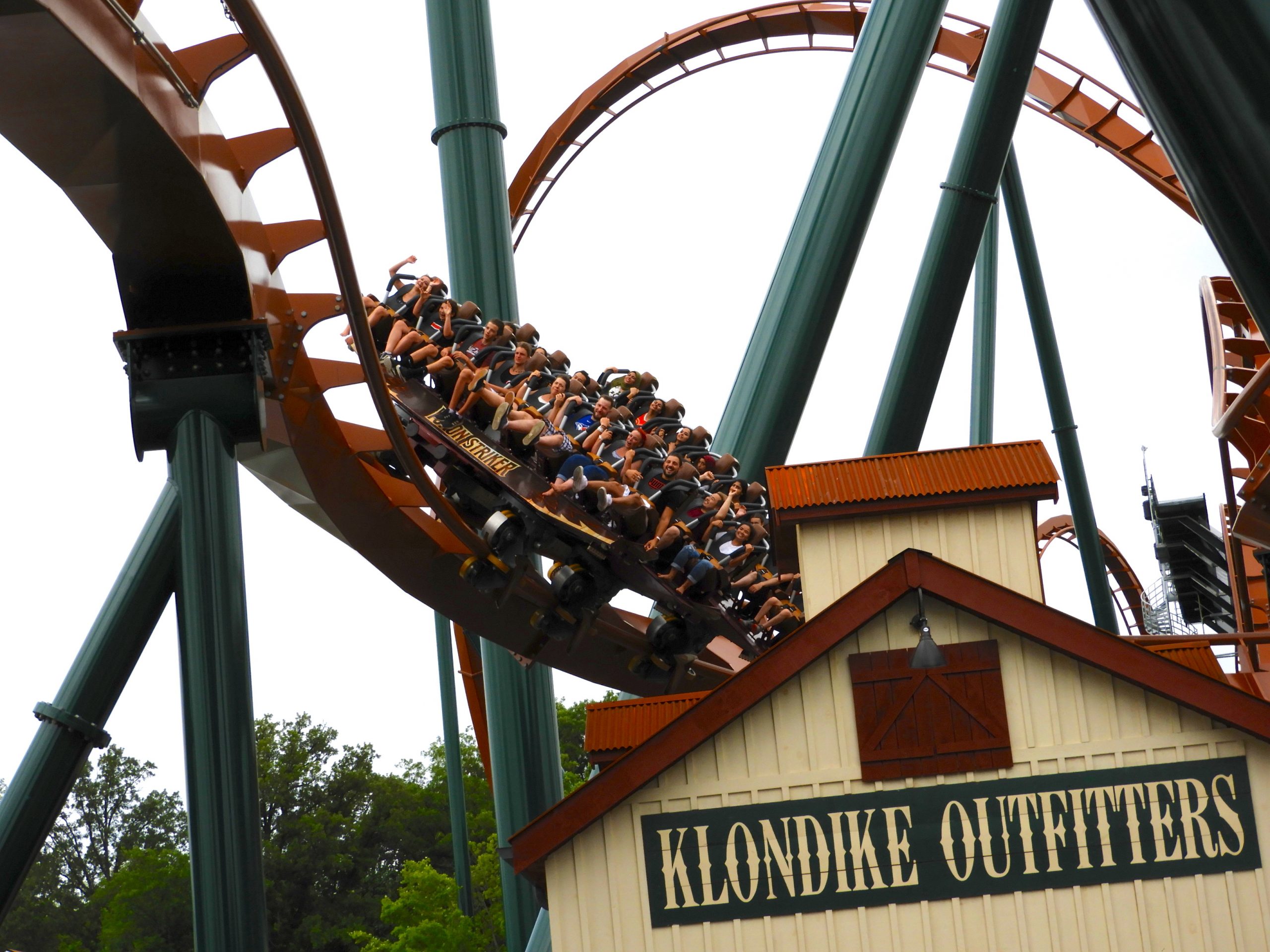 As mentioned, the way it is built looks like it’s been there already a few years. They did a great job integrating the ride next to Vortex, WindSeeker and also maintaining quite some trees. Really enjoyed those slight forest vibes! Also loved the t-shirts in the shop! Lots of different and nice designs. 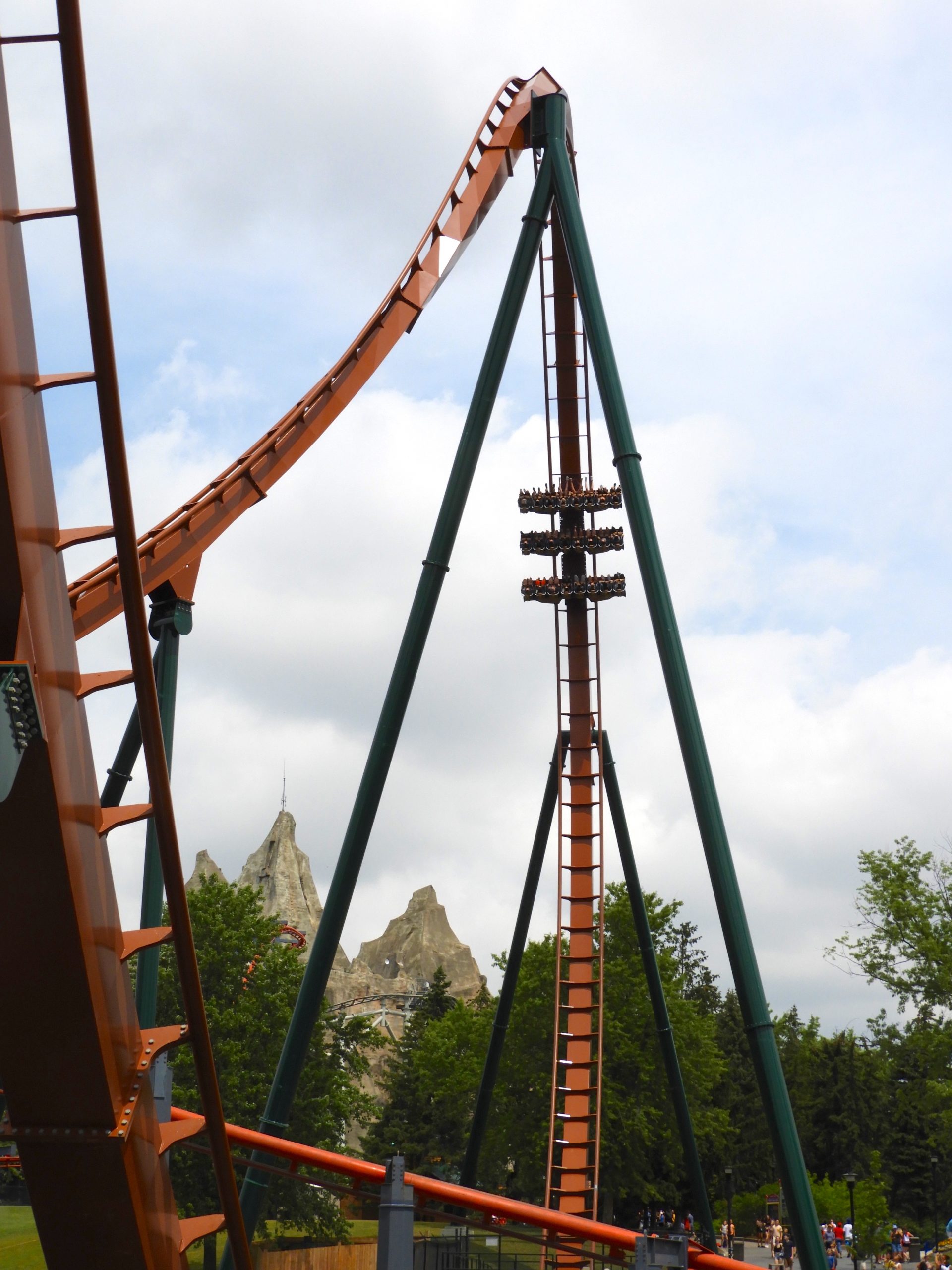 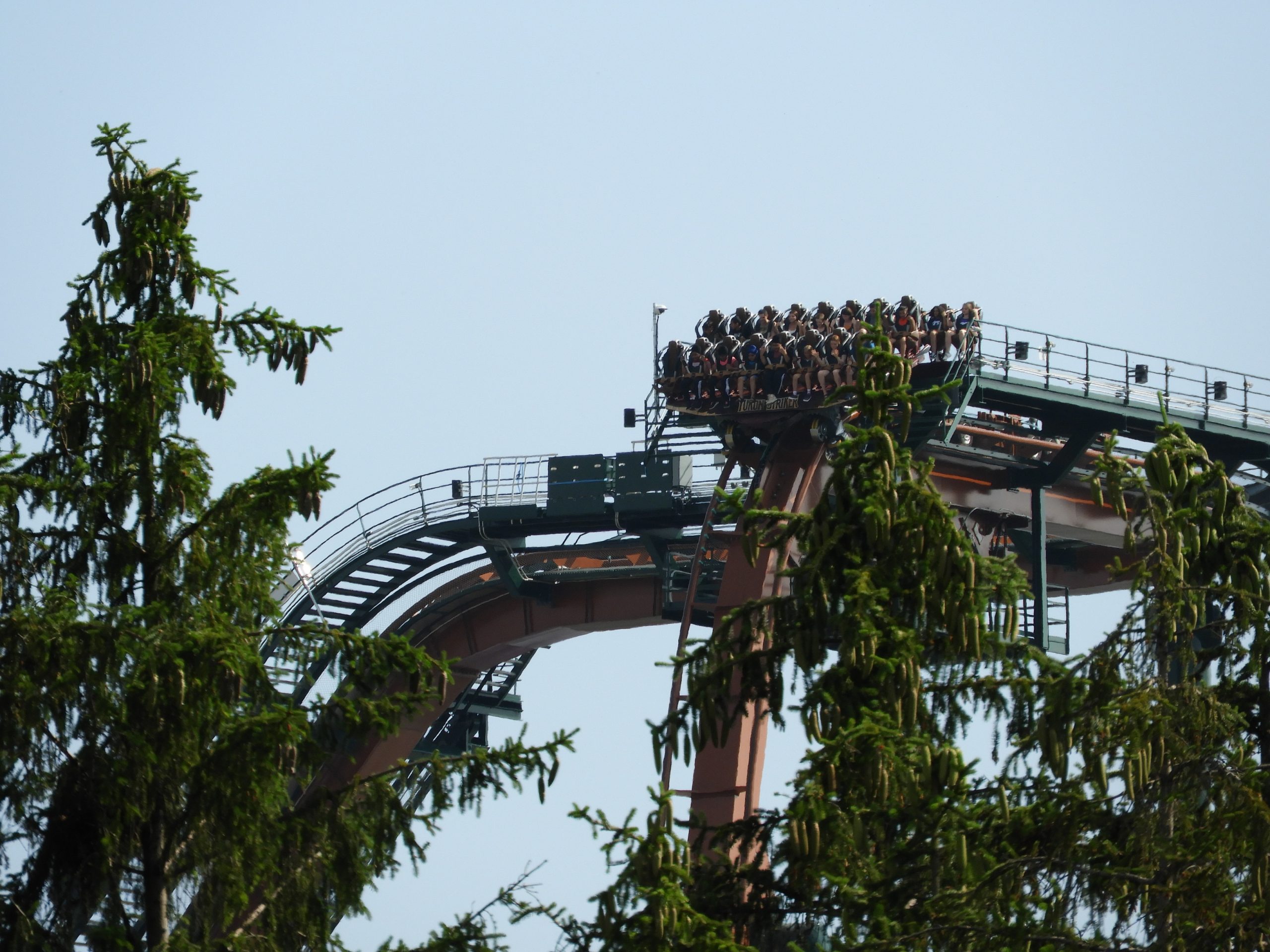 Talking about Vortex, my former favorite coaster at the park, Yukon Striker knocked it of his crown position. Nevertheless, I really love that ride and so did my mom. Pretty hilarious ride though. 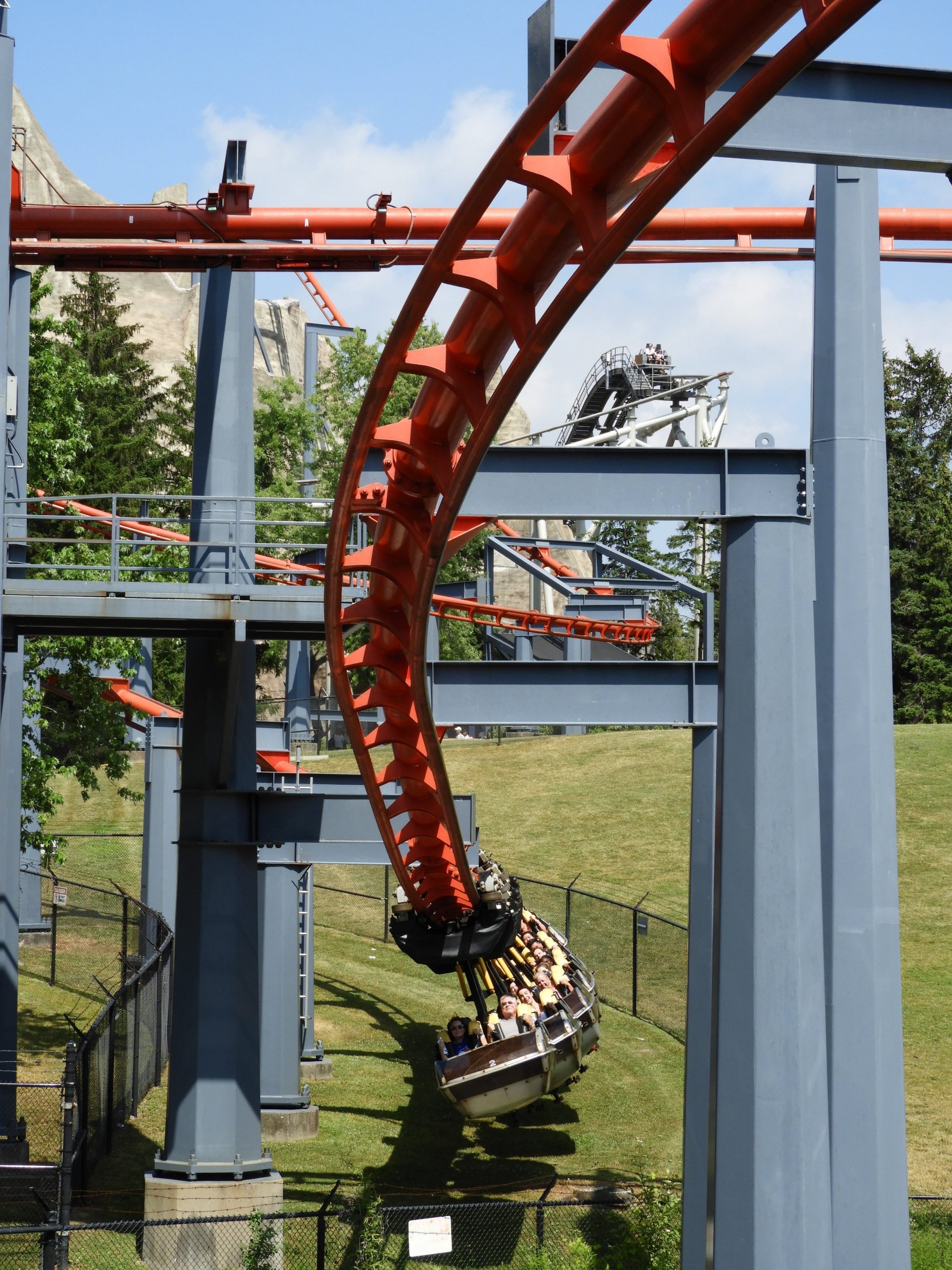 Canada’s Wonderland has lots to offer. Food wise we chose to eat at the temporary food festival: Brew and BBQ. I really enjoyed the Pulled Pork Meatballs! More parks should have these kinds of food offerings in Europe. I’m sure Passholders bought the Tasting Card to try out all the different stuff. 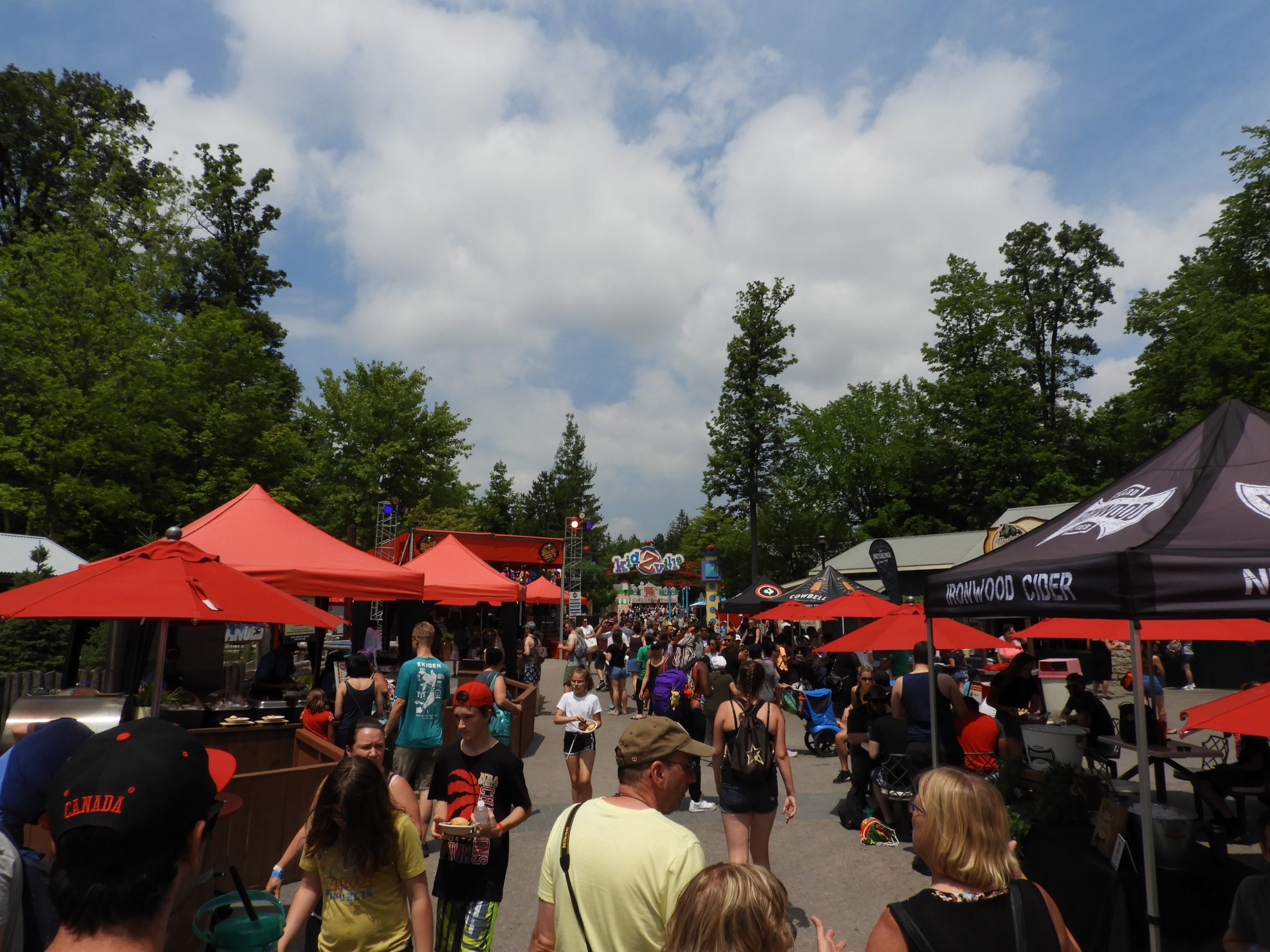 It was a warm day so after a refreshing ride in White Water Canyon, we went for more coasters. The next major one on the list: Leviathan. So how did it ride? 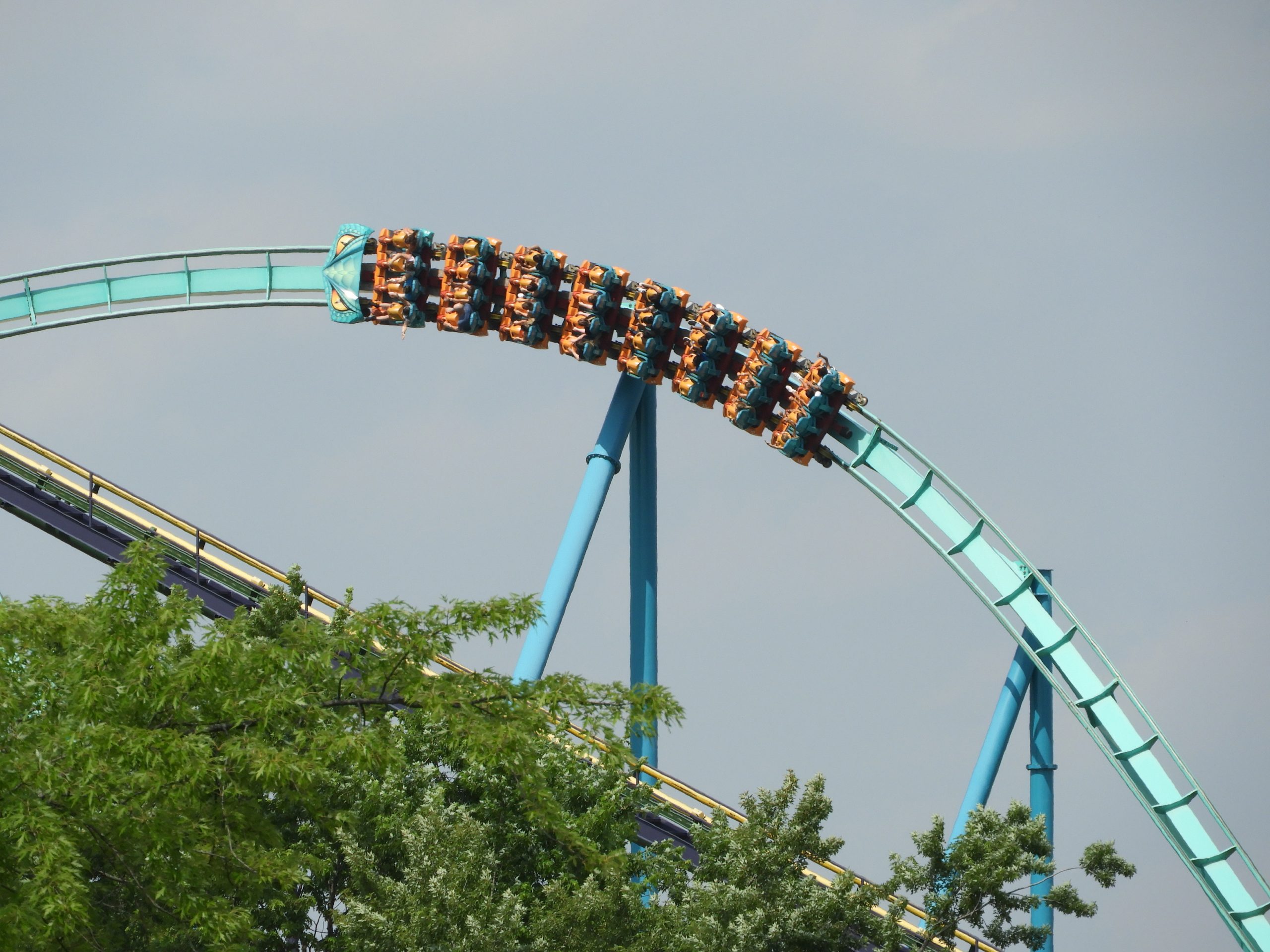 Well, we chose to sit front seat again, which is my favorite on this one. The first drop remains one of the best I’ve done, but it got beat by Hyperion for me. As for the rest of the ride, I liked it but was again not wowed. It feels pretty basic for some reason and short too. Nevertheless, I always enjoy riding it. 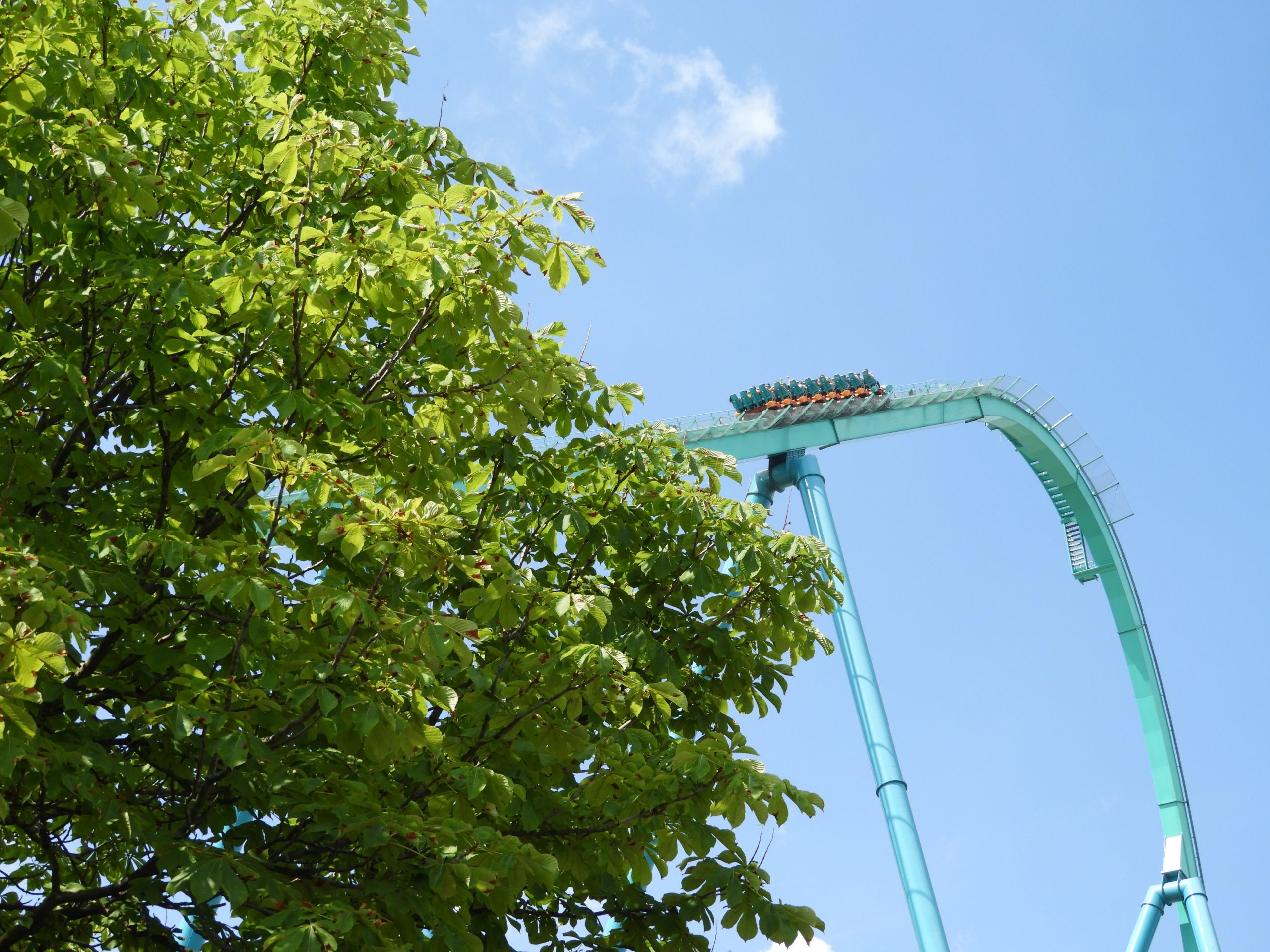 Oh hey there Dragon Fyre! I decided to ride it again as it had been quite a few years and I was surprised about how painful the turn at the end was. 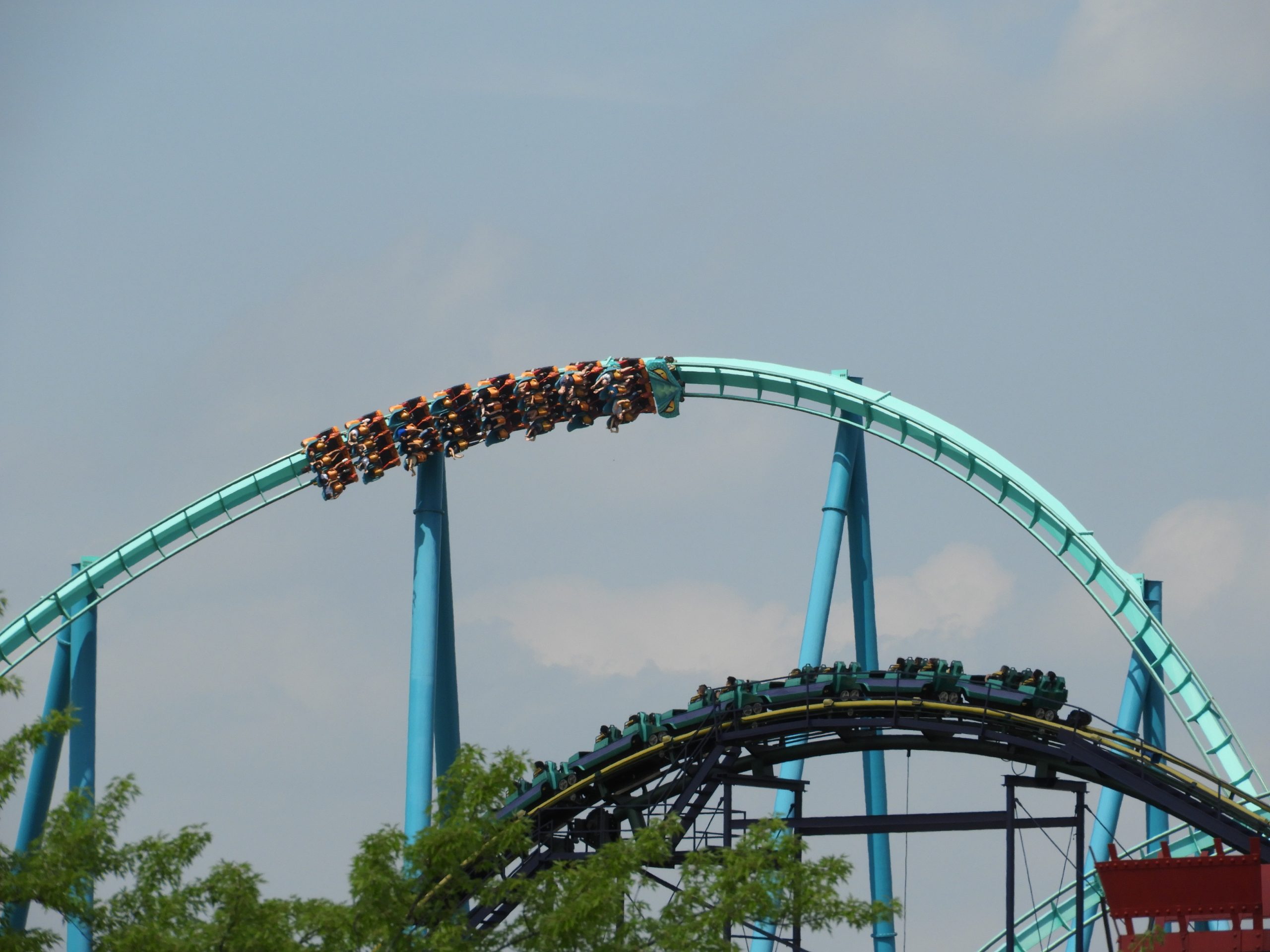 This is also one of my favorite top spins to look at. For the sake of my stomach with all those coasters, I passed on it but I like how the hill of Leviathan stands out. 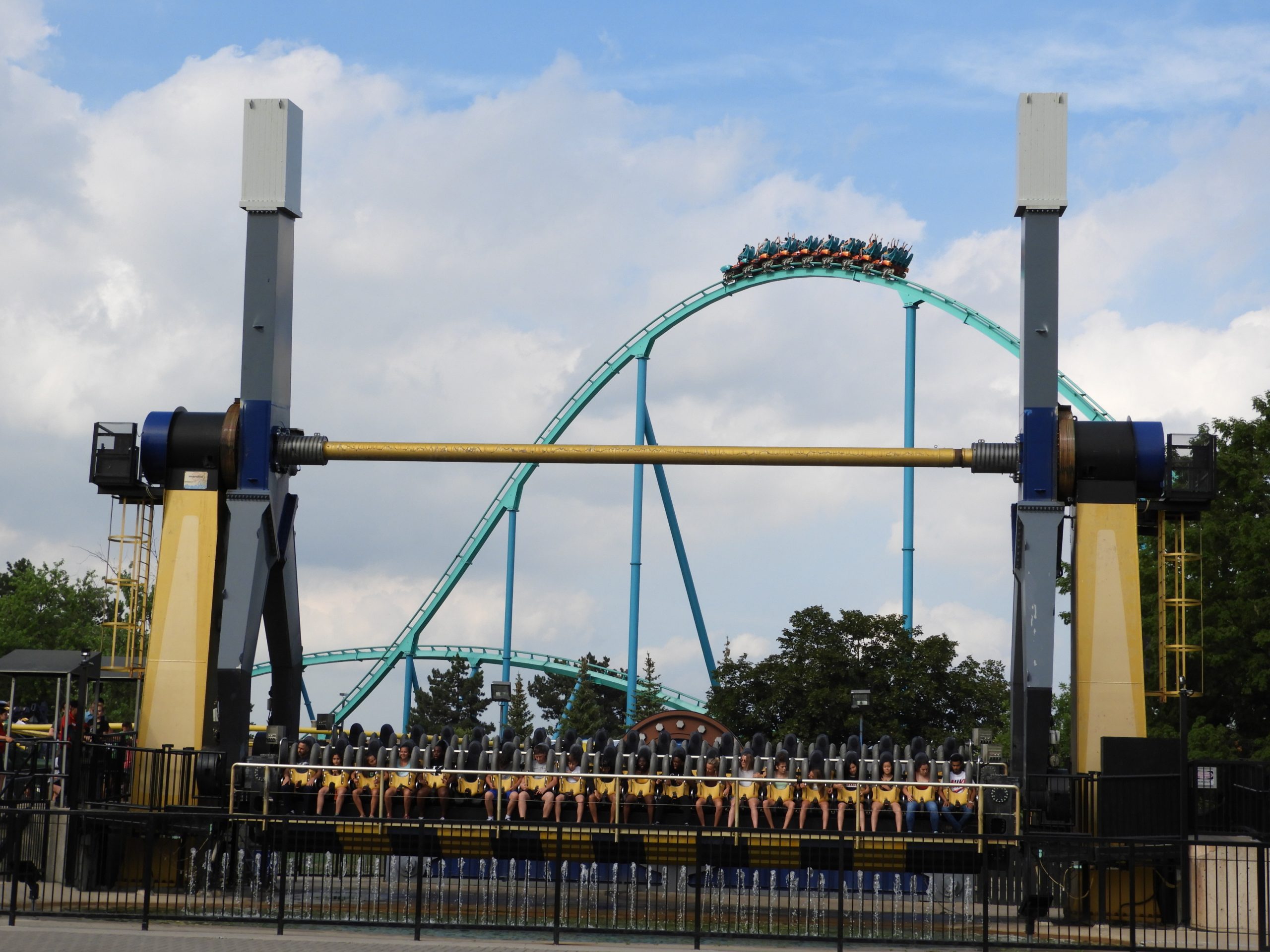 It was time to add another coaster to my counter as I always skipped it: Flight Deck. Luckily I sat front seat because otherwise, it’s not my cup of tea. It didn’t feel as painful as I expected it to be, but glad it’s been there, done that. 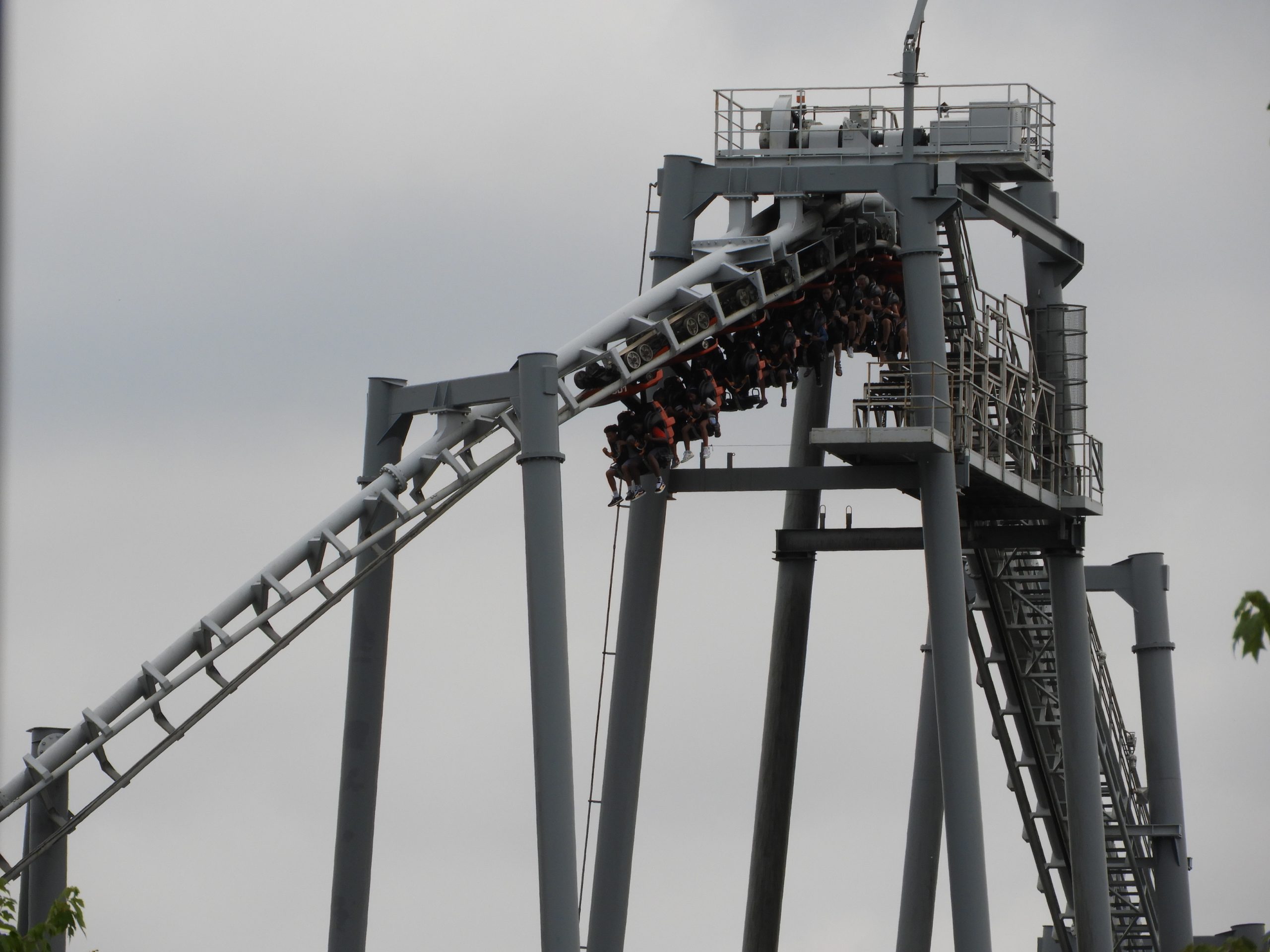 After that ride, I needed food. So I had my very first Funnel Cake! Honestly, I wouldn’t eat it again. Too greasy and not very tasteful… But it looked nice though. Side note, I had to wait quite a bit as the ice cream machine broke down before my order… 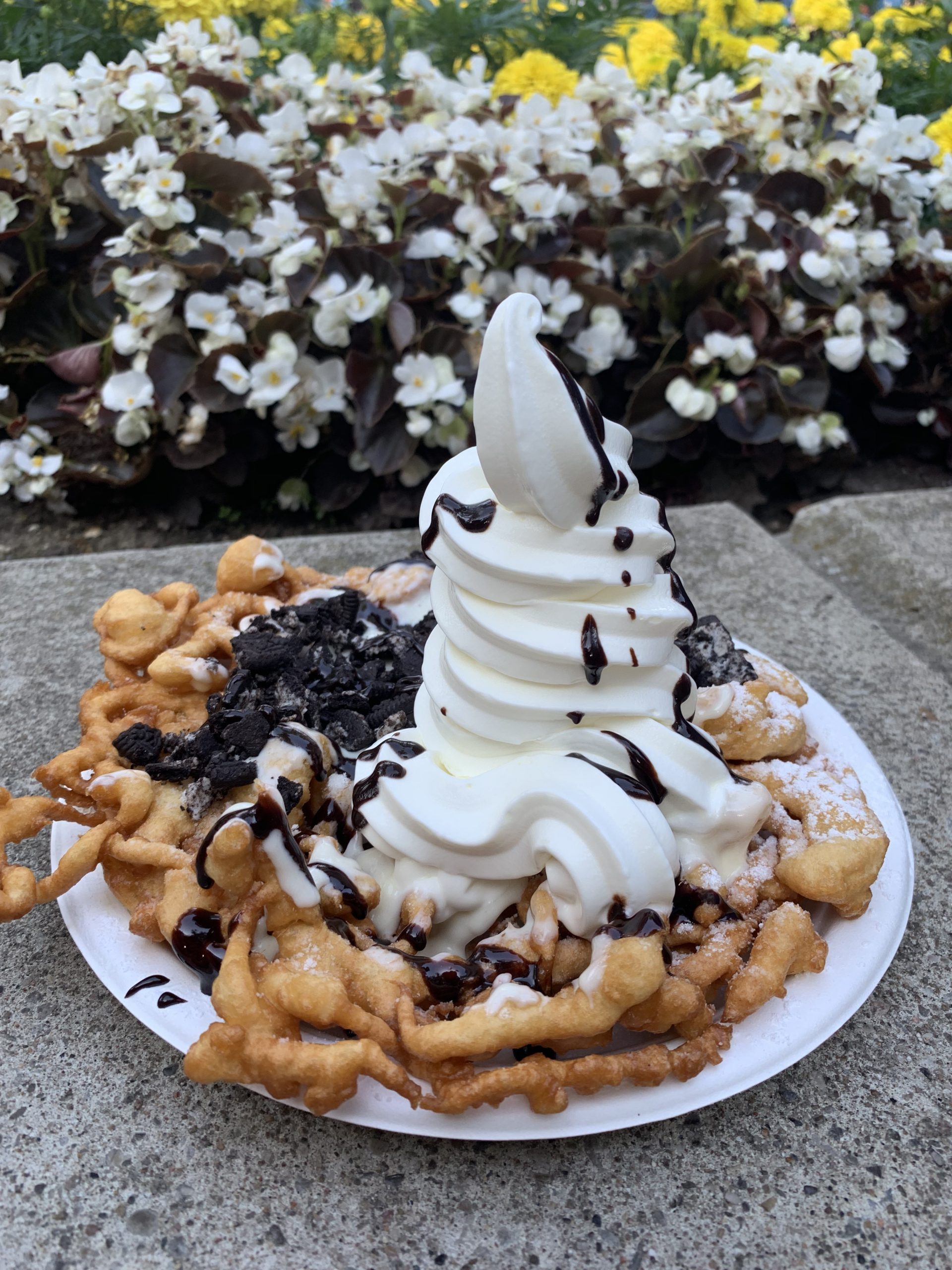 That leaves us with the last major coaster: Behemoth, my first ever B&M coaster! I remember this one not being my favorite either. Yet, the more I ride it, the more I like it. Lots of airtime and nice views of Toronto. I did notice that it hasn’t aged that well. 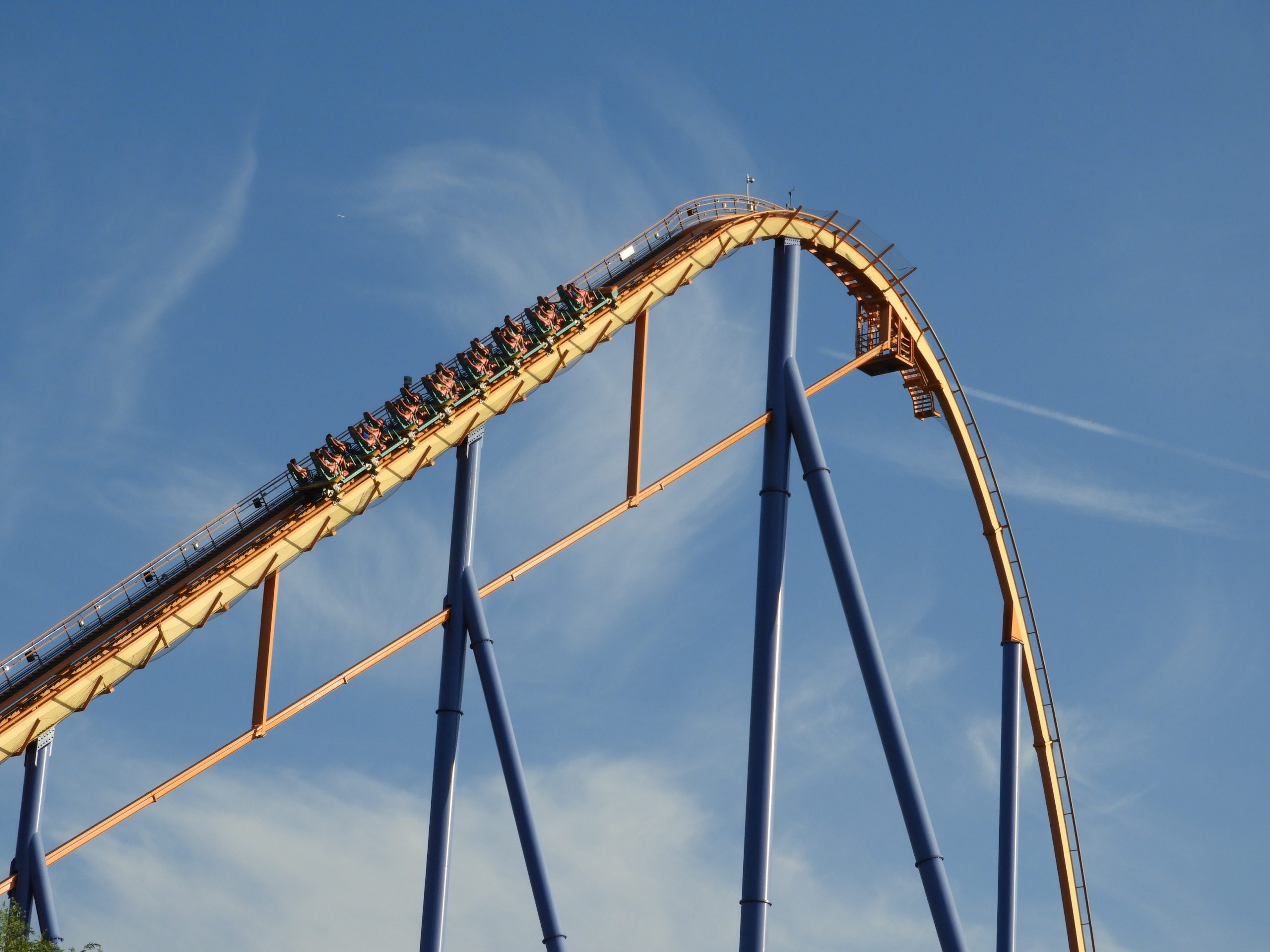 I also prefer the seating compared to Leviathan. So yep, Behemoth is my number 3 at the park! 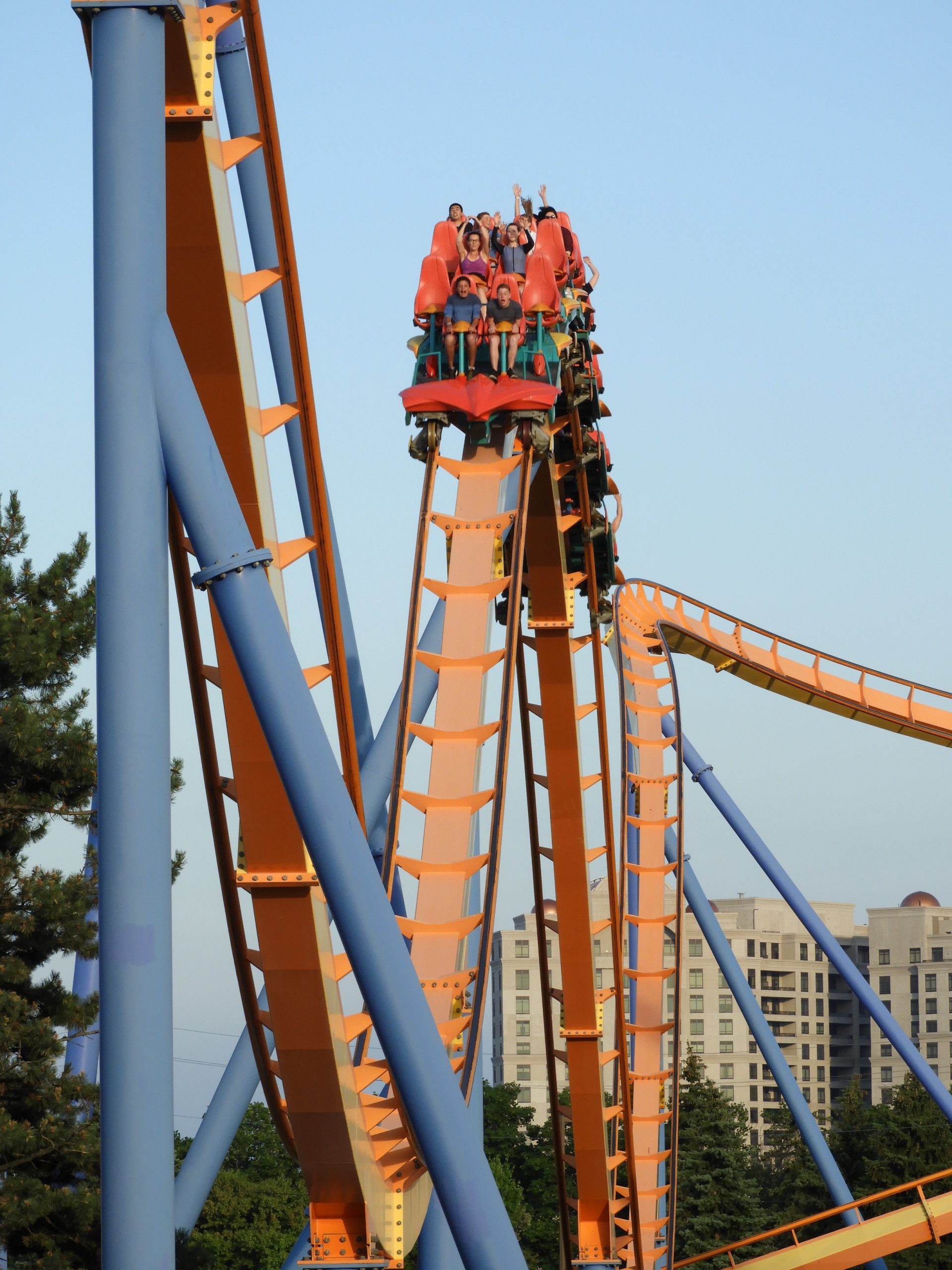 Before we left, we did one more ride on Yukon Striker. It had the same waiting time as in the morning: 60 minutes. A night ride definitely pleased me a lot. The dusk setting on top of that 223 feet (68 m) really looks amazing. This third B&M coaster puts the park up there as a coaster amusement park. 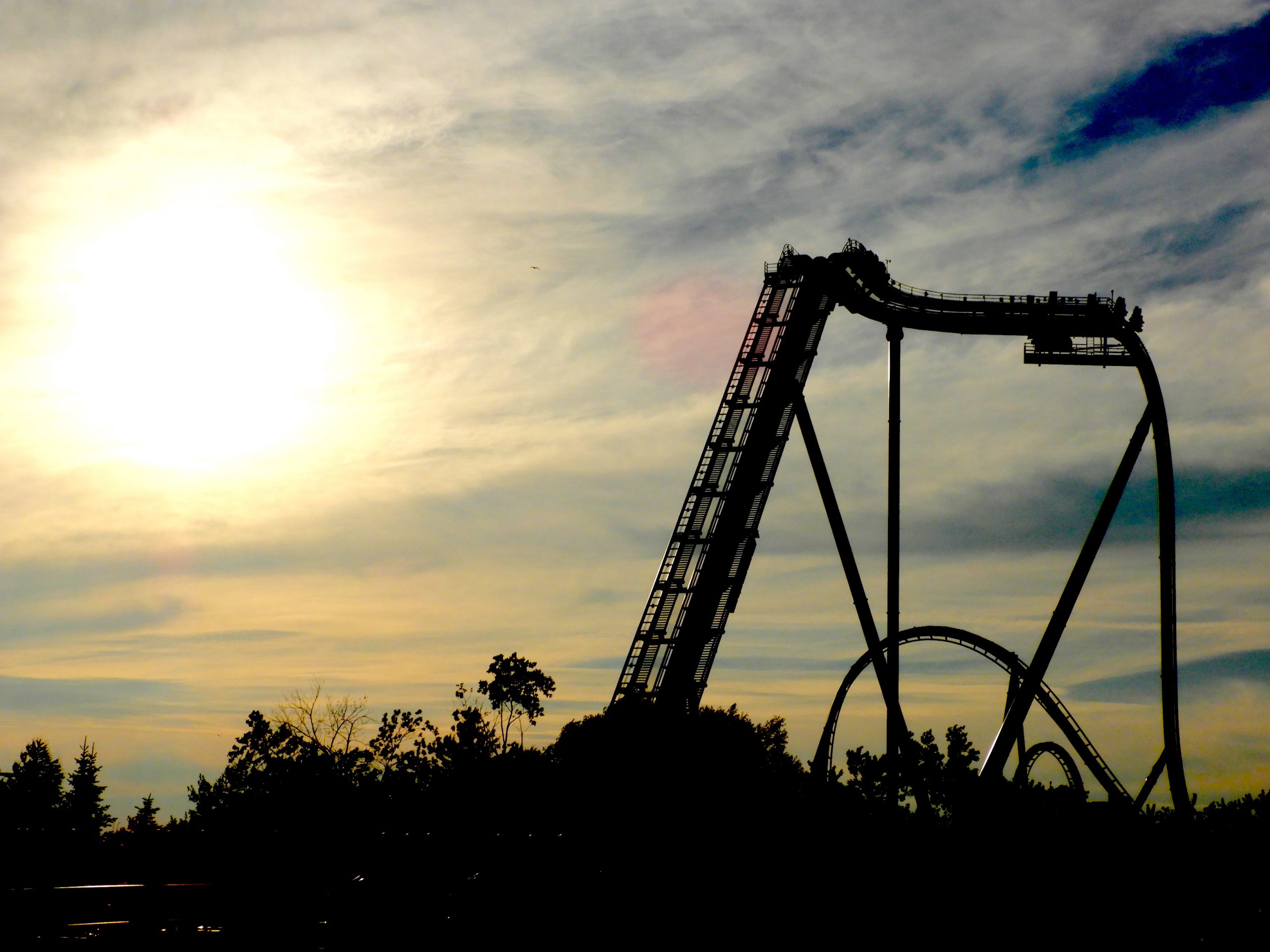 Canada’s Wonderland gives me a hard time judging it. Definitely a coaster amusement park but there are efforts of theming too. The food offering was on point and they have a solid variety of family rides. It could be a good idea for the next big ride to be a dark ride though, to complete the lineup of what a park should have. Still, the more I visit the park, the more I like it. See you later, eh! 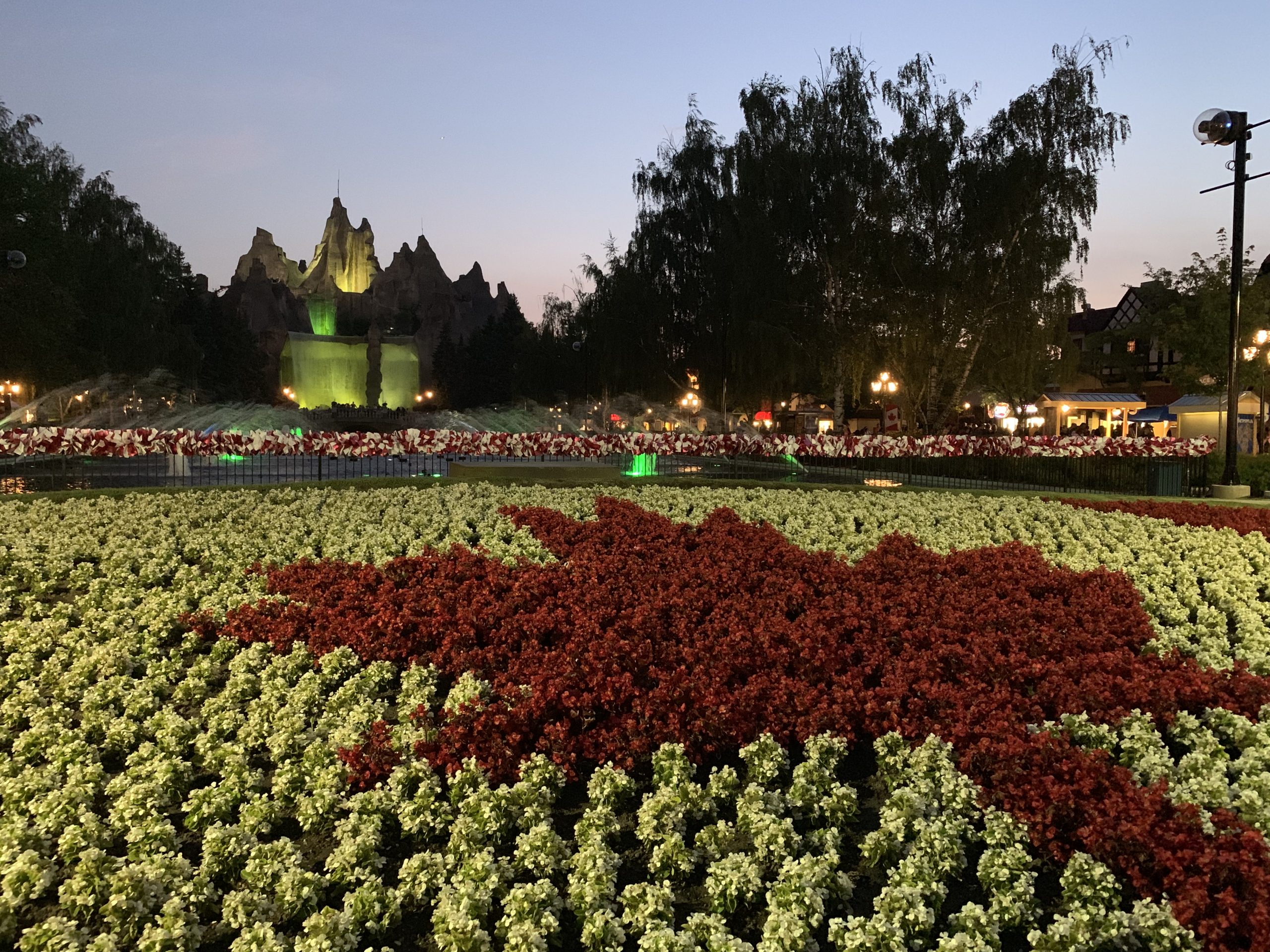