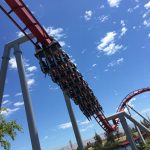 After some extensive traveling these past few week I was finally able to make another trip out to the beautiful California’s Great America, and provide an update for our readers. This weekend is the first half of the Taste of Orleans food festival, meaning there are putting the finishing touches on the preparation. In addition, there is plenty going on in the rest of the park for me to report so sit back and enjoy the following update.

We were welcomed to the park very respectfully with the flags flying at half mast in light of recent tragedies. 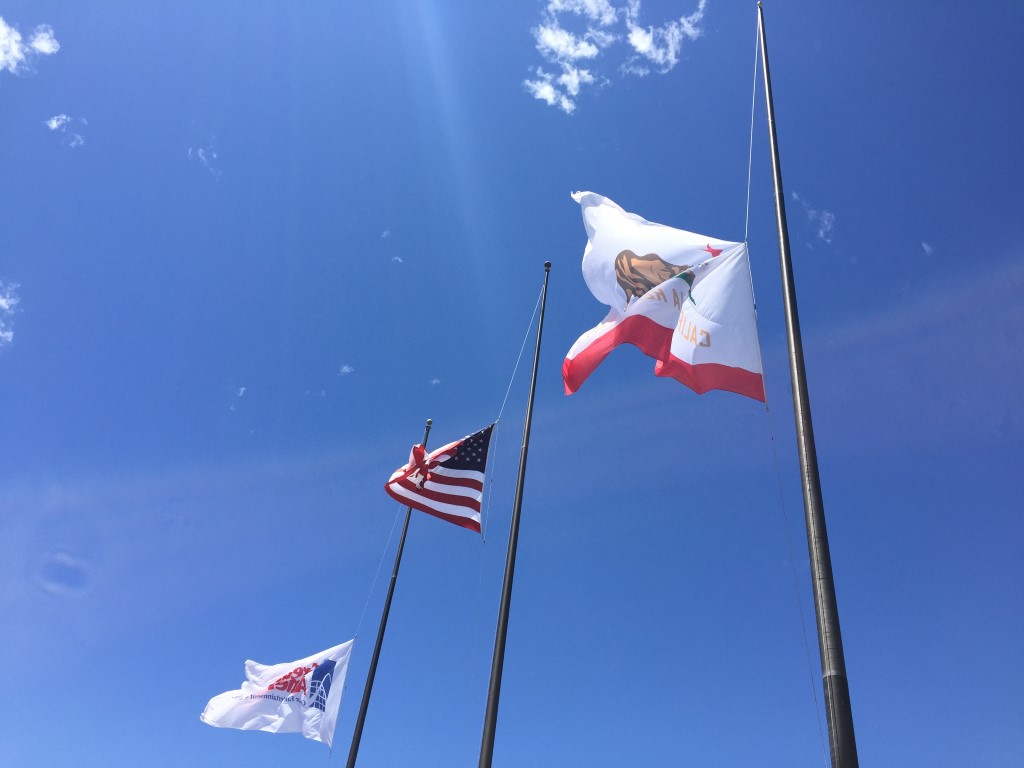 Immediately upon entering the park we noticed our go to and the parks headliner, Goldstriker, was closed. It remained this way for the rest of my visit with no explanation given from the employees. Hopefully this closure doesn’t last much longer. 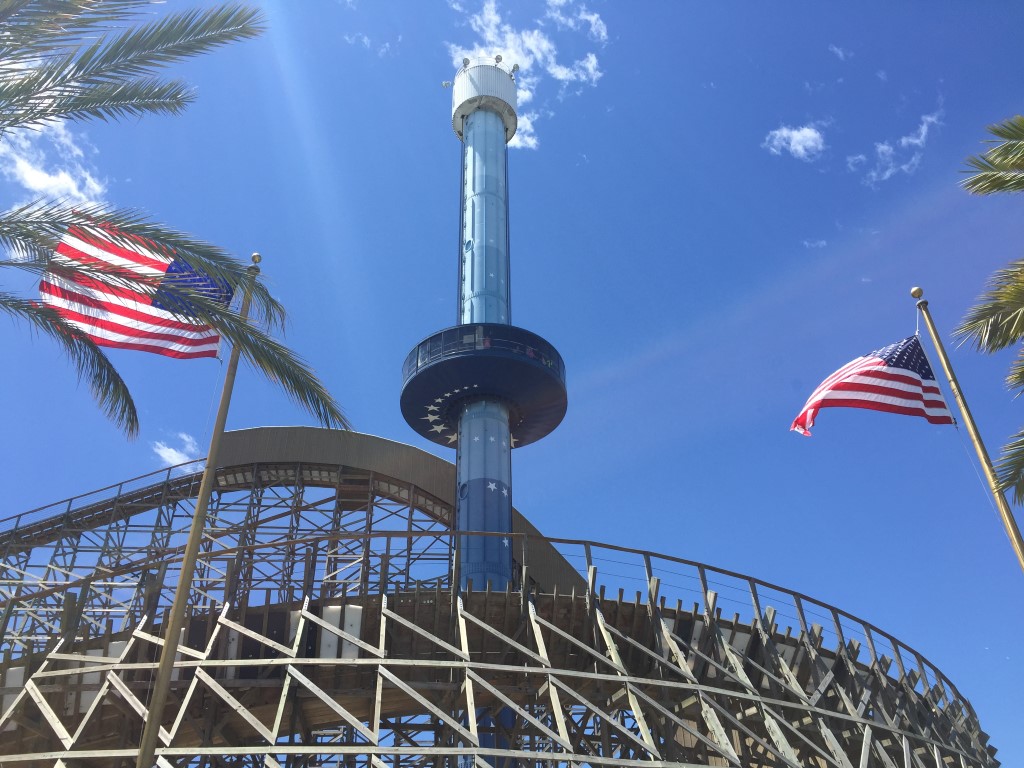 The stage for Remix’d has been completed and shows have started although there were no shows today. I’ll have to catch it next time. 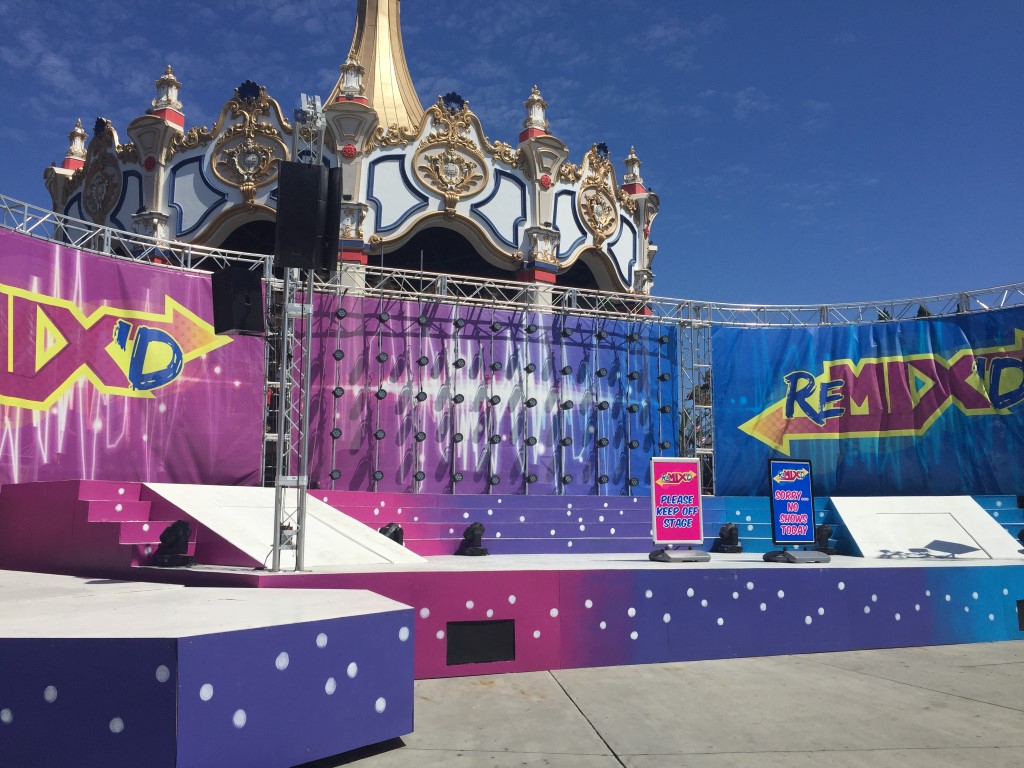 AcroFlyte on the other hand did have quite a few shows today. To reiterate my sentiment from my last visit, it’s a fantastic show, the best in the park in fact. The incredible stunts, dancers, lighting, and EDM soundtrack make this high energy show a must-watch. 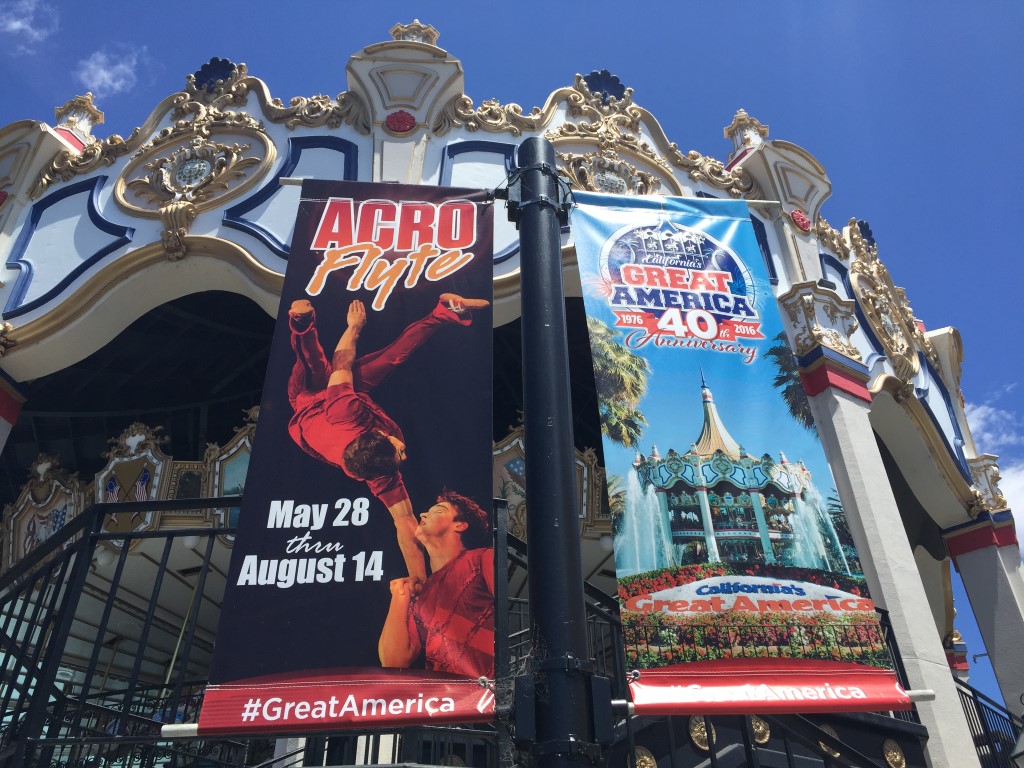 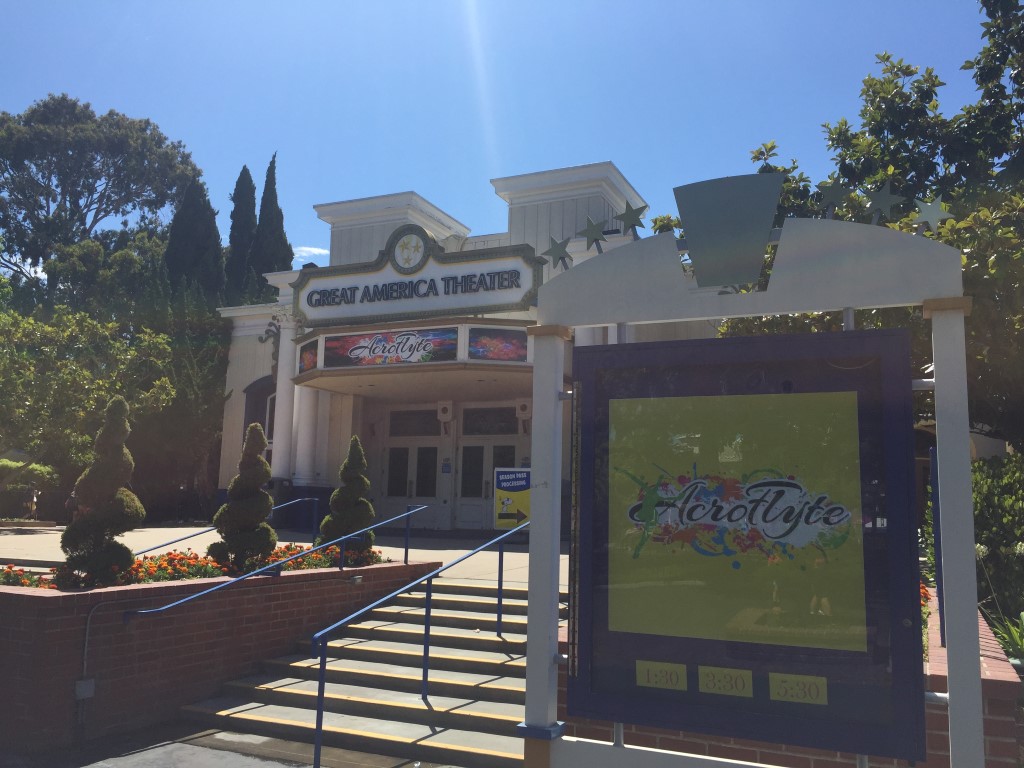 The ever-standing Roadkill Roadhouse tent was a good reminder that Halloween Haunt is closer than you’d think. Keep your ears open for more news regarding the event in the coming weeks. 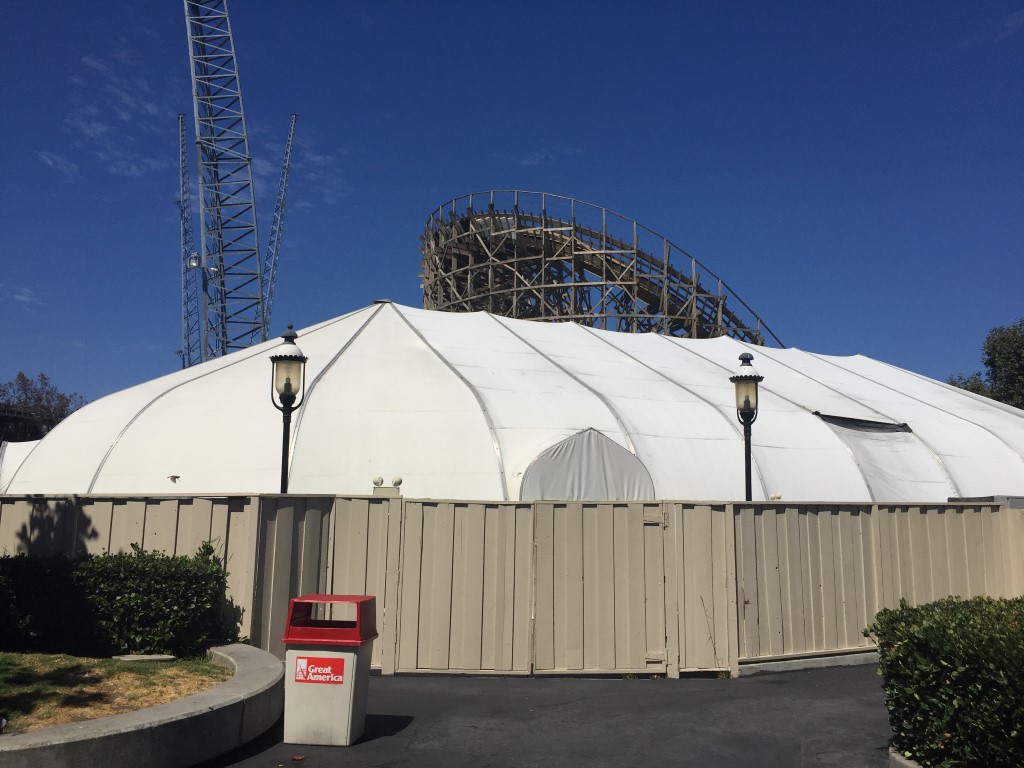 Just down the midway is one of our favorite classics Demon, and boy it was running quite well today. In fact this entire season it’s been running very smoothly which I couldn’t be more happy about. 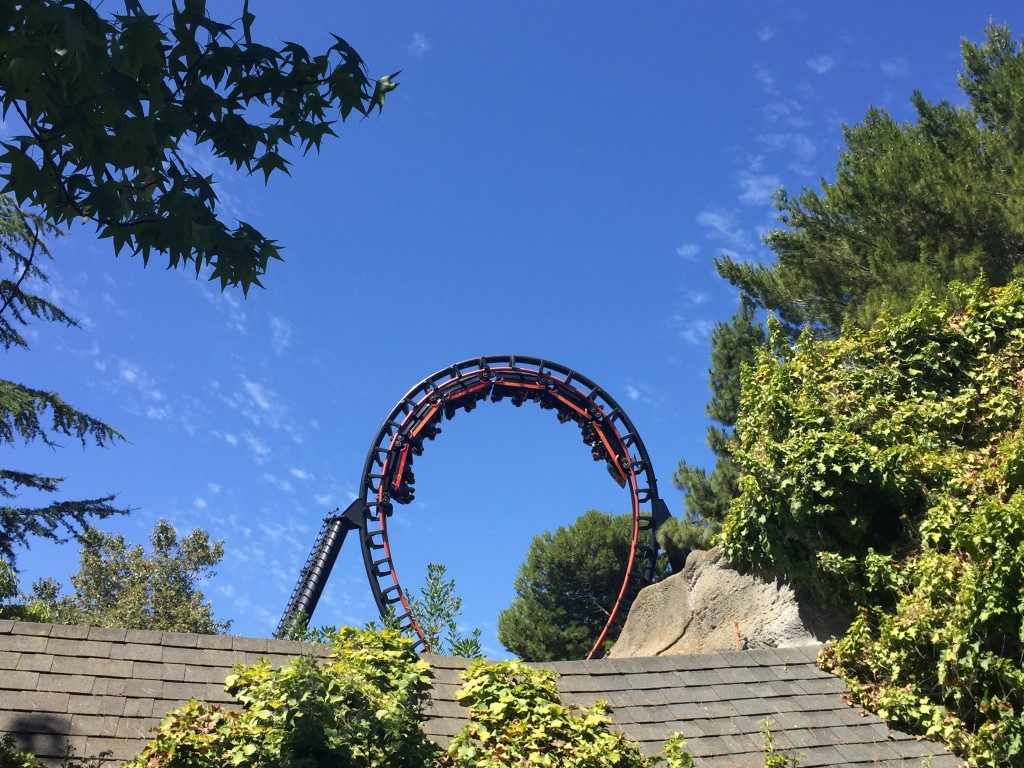 In addition that lift hill and first drop really look fresh with the new paint. 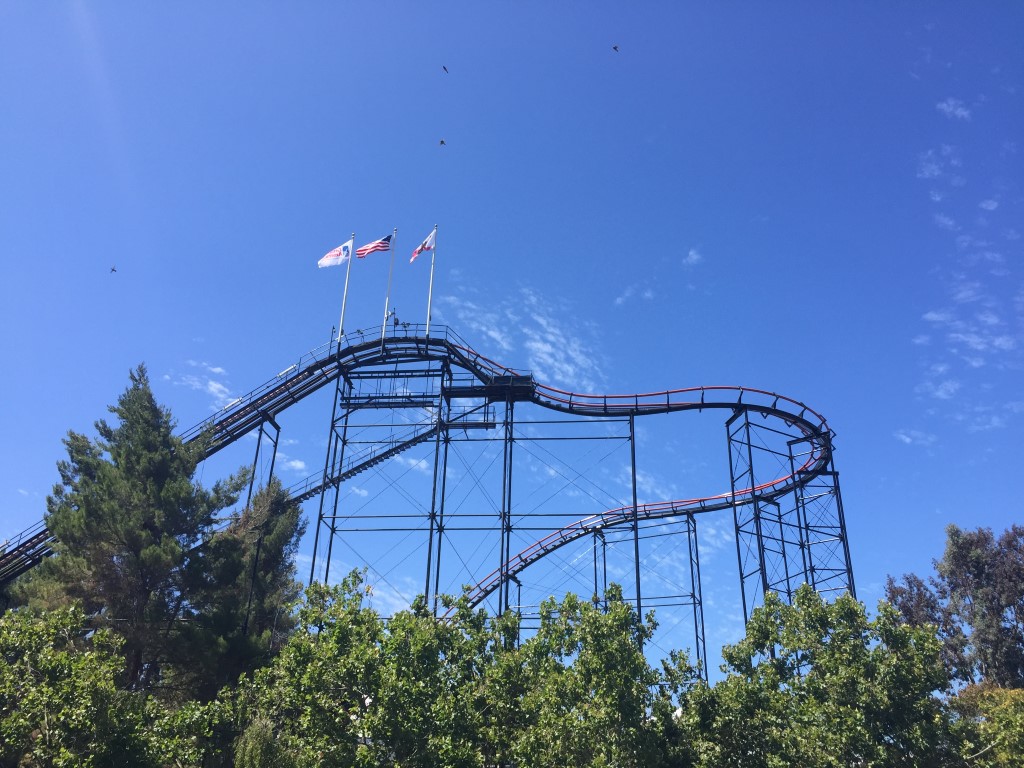 In the same area, Berserker is unfortunately closed. I was actually going to take a spin, oh well. 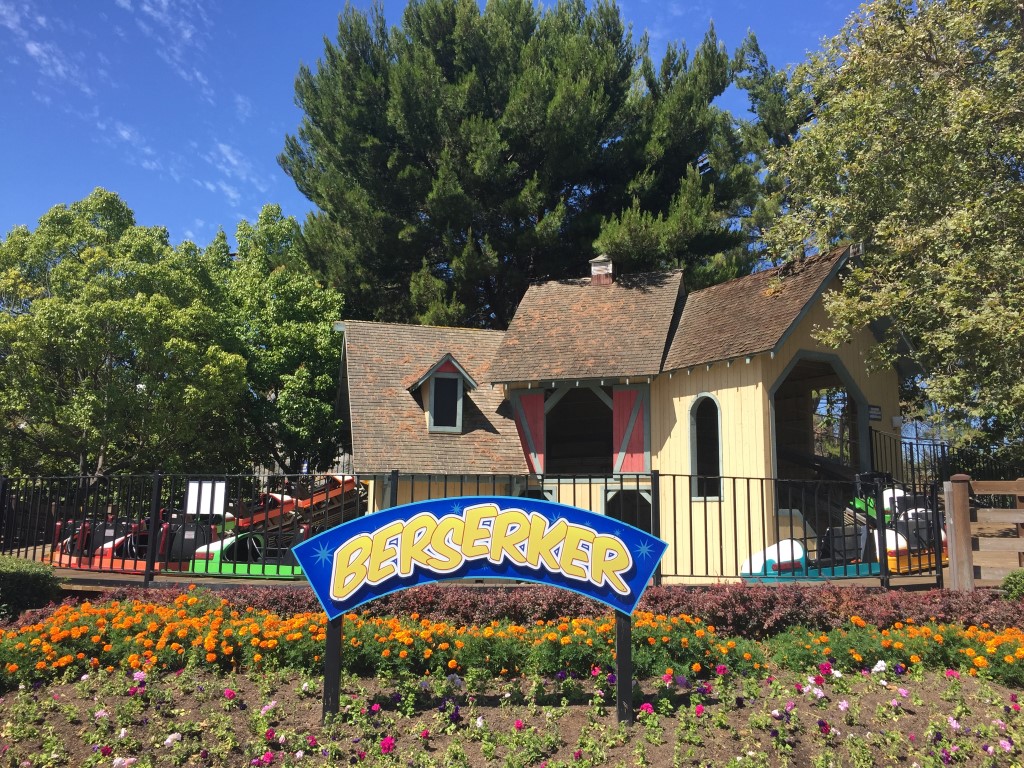 After my smooth ride on Demon I got a bit overconfident and made the mistake of enduring a station wait to ride Grizzly. I almost left the line because dispatches were so incredibly slow, and I should have. It’s running rougher than last season, and of course is just as mundane and uneventful as ever. Not smooth, not fun, not worth a ride. 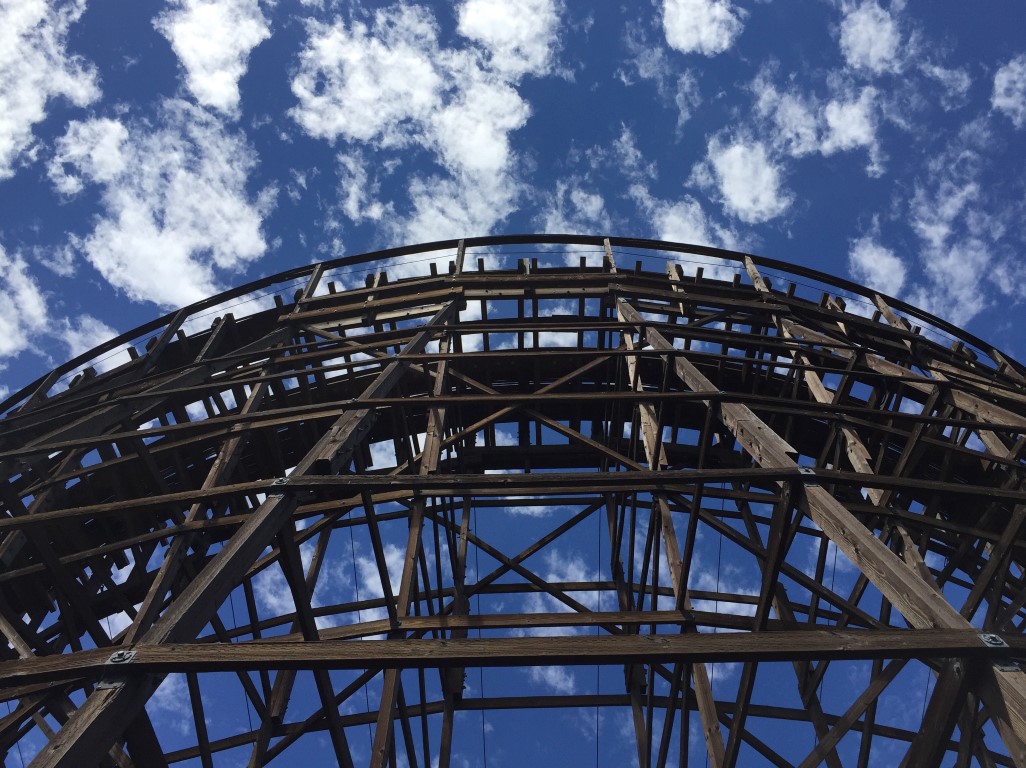 Side not e a small wooden house is being constructed behind Grizzly, it’s most likely for Taste of Orleans, but if you have any other thoughts leave them below? 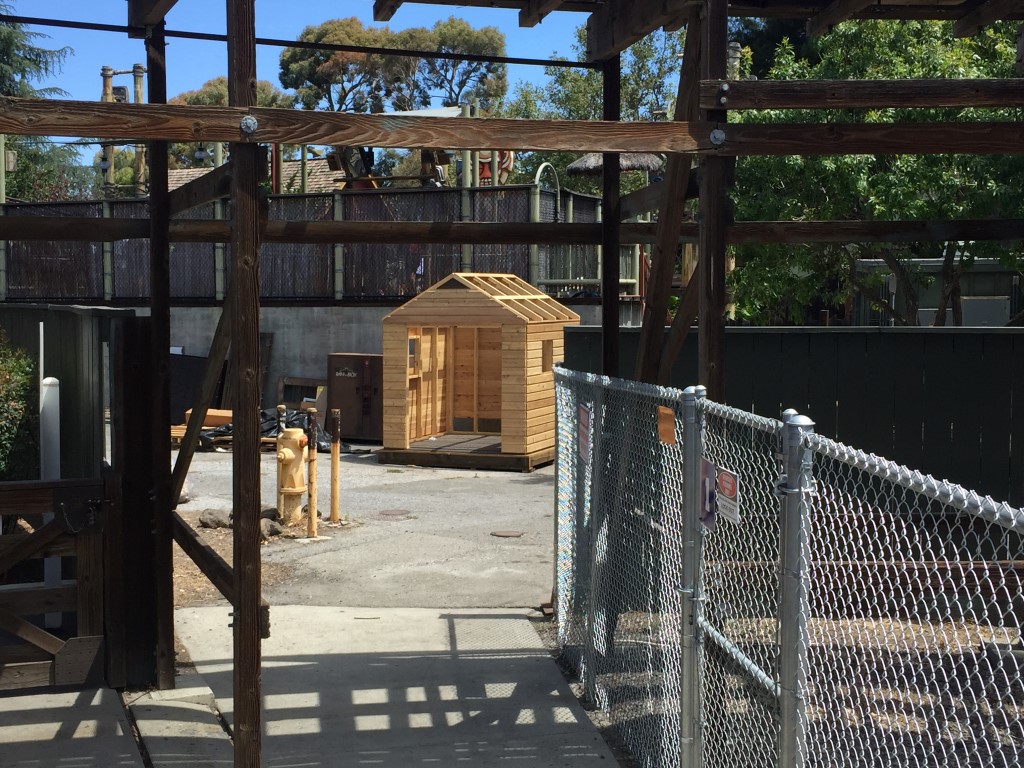 Drop Tower continues to operate with one car down for maintenance. This seems to be the trend, one car will be out of operation a season while it’s worked on. As it happened, the extra capacity wasn’t missed as I marathoned it four or five times before moving on. 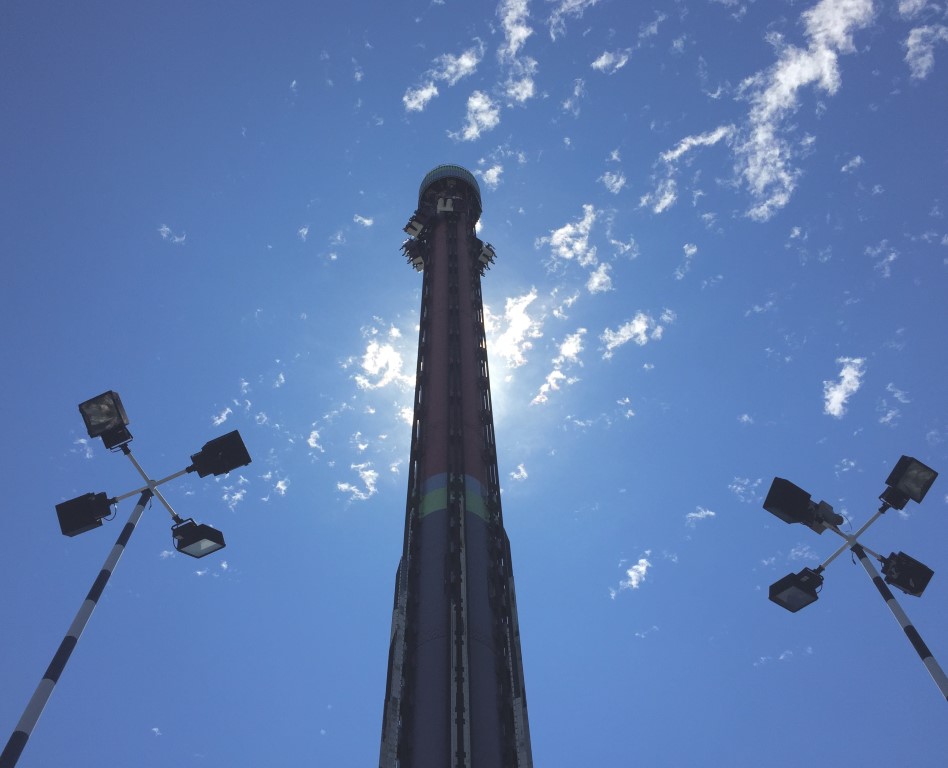 Psycho Mouse of course was the only ride in the park with a significant wait. Too bad this little gem is such a chore to ride. 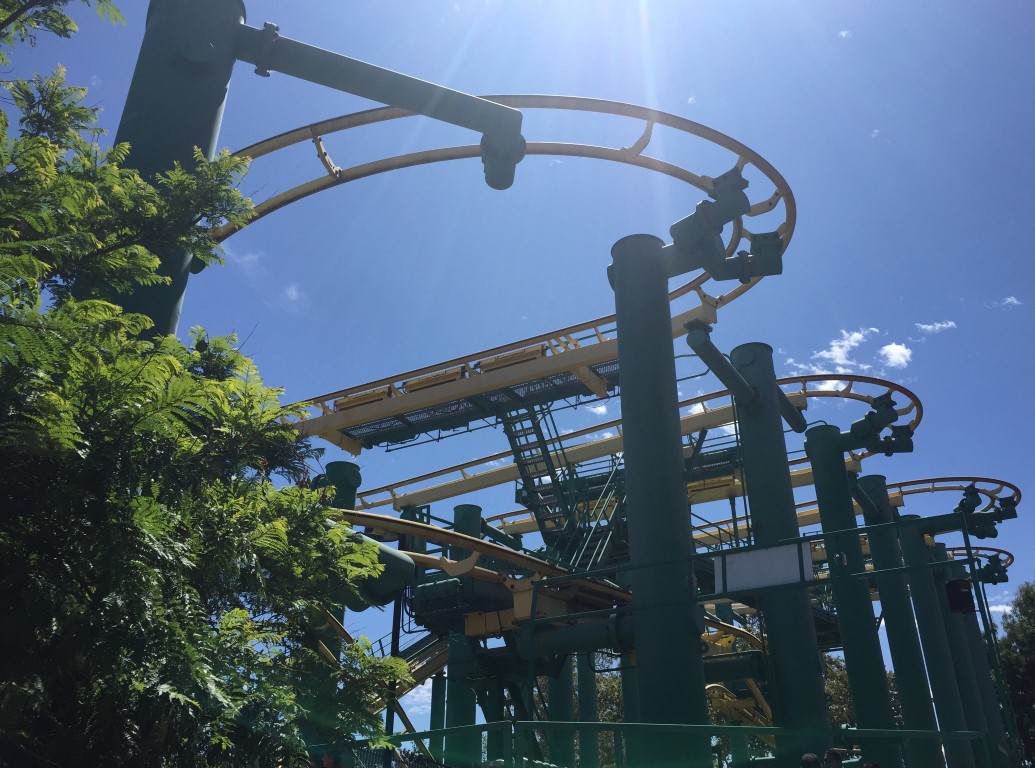 I didn’t experience any of the technical issues I had last time on Mass Effect: New Earth which was reassuring. In addition the actor for Captain Verner was doing an excellent job which is nice to see. Hopefully this sort of quality is maintained for the park’s newest attractions, and in my opinion, one of the parks’s highlights. 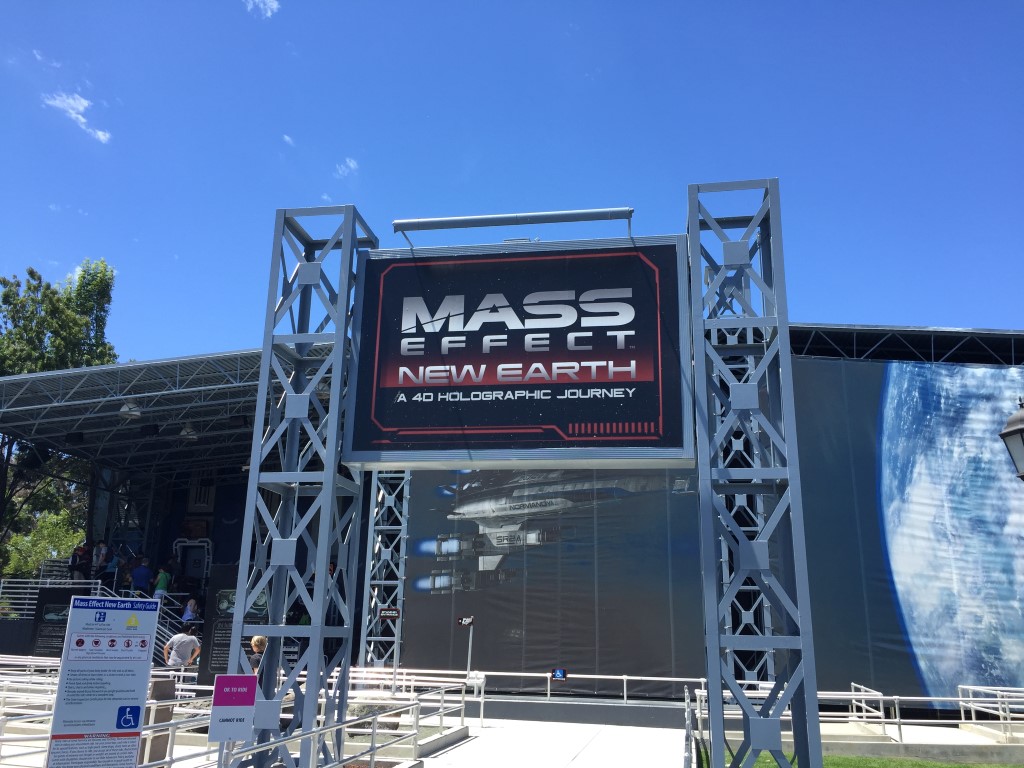 Firefall was closed again, a familiar trend. RipTide at Knott’s has been removed, Voodoo across the bay rarely operates anymore. Firefall may become the next victim. 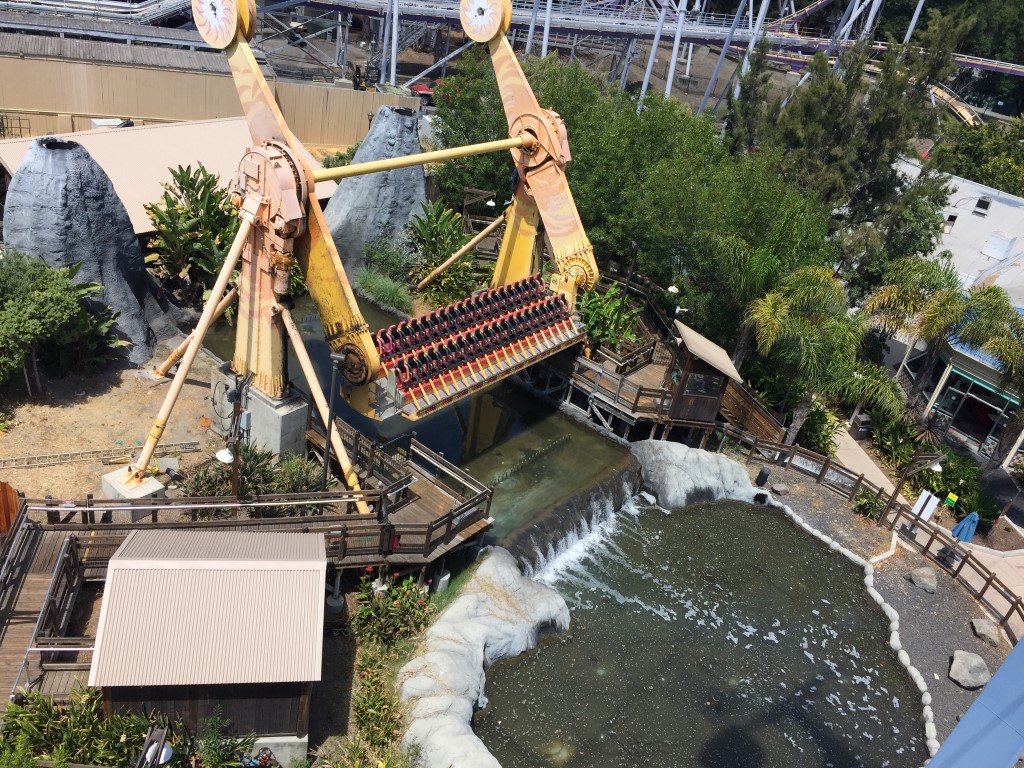 Vortex was running one train and actually had a bit of a wait, so I skipped it. The longstanding rumors of a floorless conversion and re-theme have resurfaced so that may be the plan for next season. 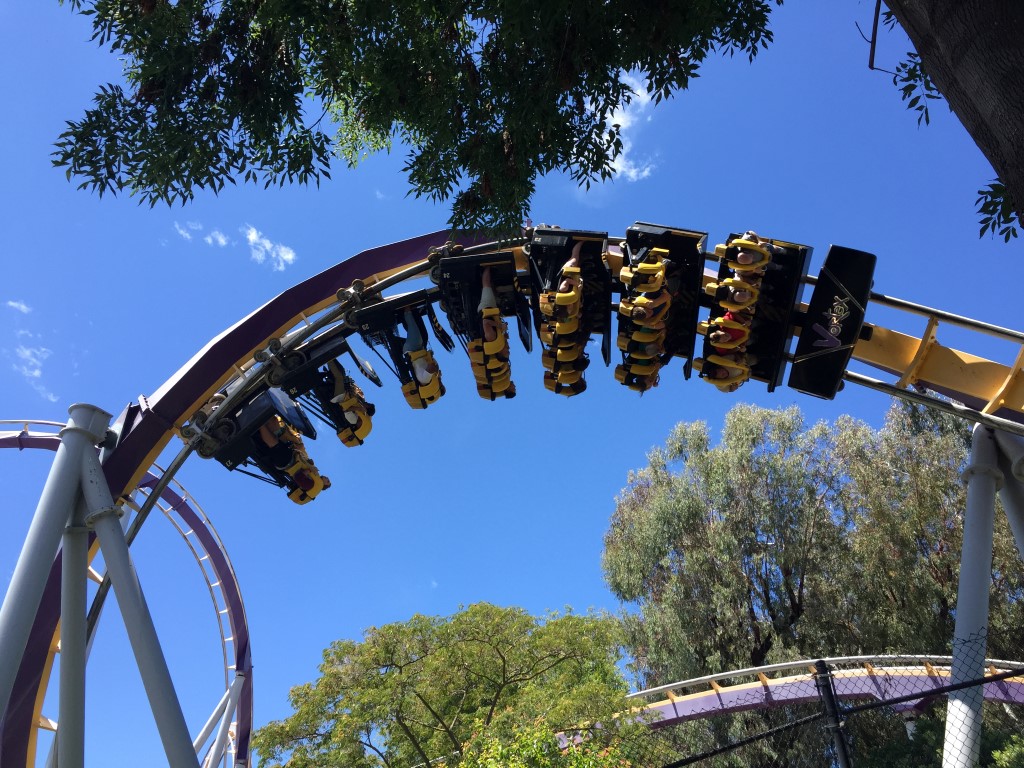 Flight Deck was operating very well with assigned seating and speedy dispatches. My back row ride was as short and sweet as ever. It’s an awesome ride for sure. 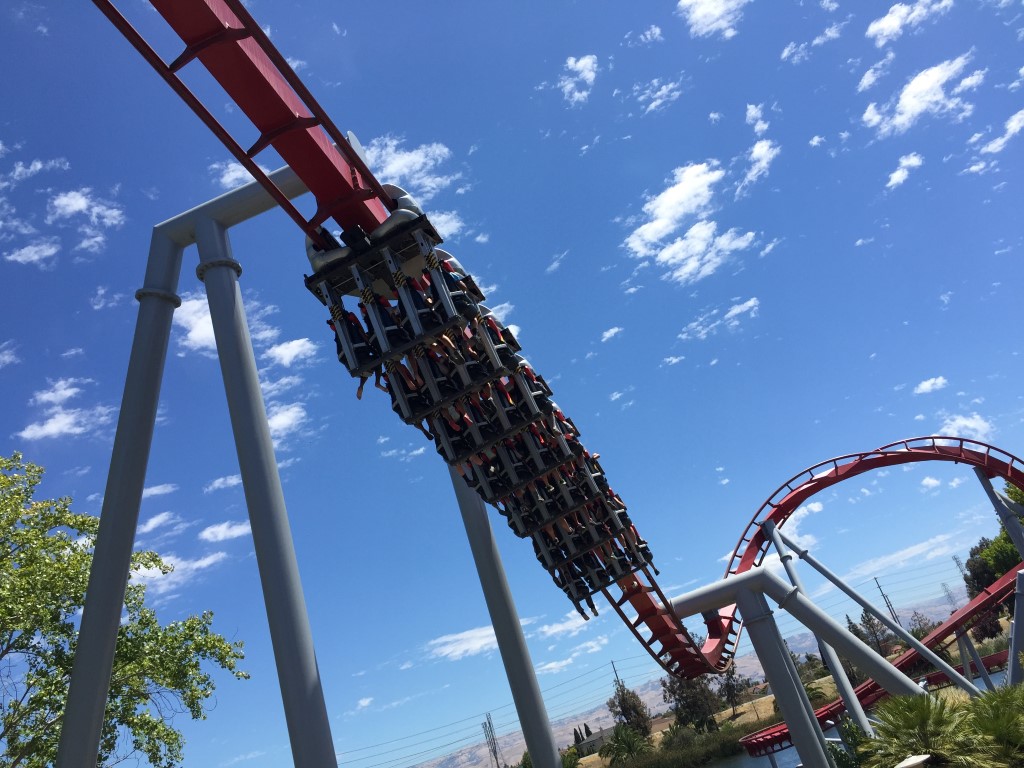 Taste of Orleans in on the horizon, coming this weekend (July 22, 23) and the following weekend (July 29, July 30). We’ll be attending the second weekend so make sure to look out for that coverage, but in the meantime let’s take a look at what we can expect. 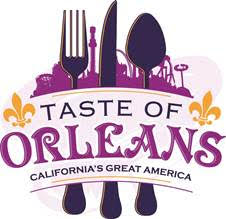 The whole area has been decked out in colorful Mardi Gras style streamers ribbons and wreaths really adding some extra pizzazz. 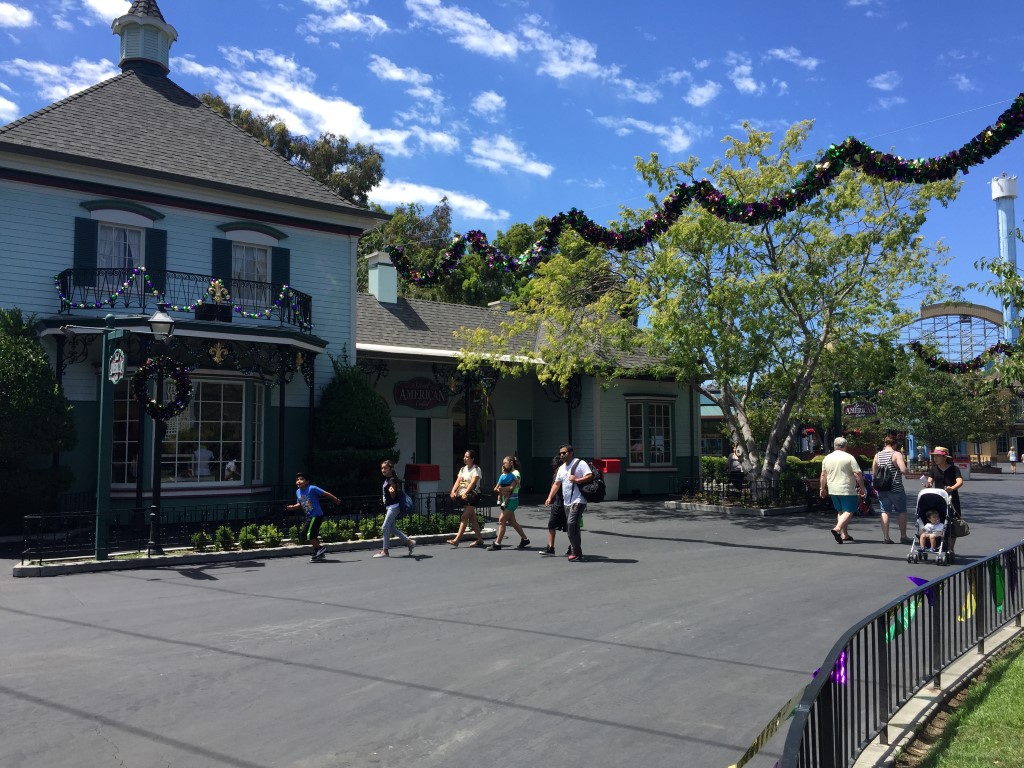 Some temporary stages have also been set up for the live music that will be accompanying the event. 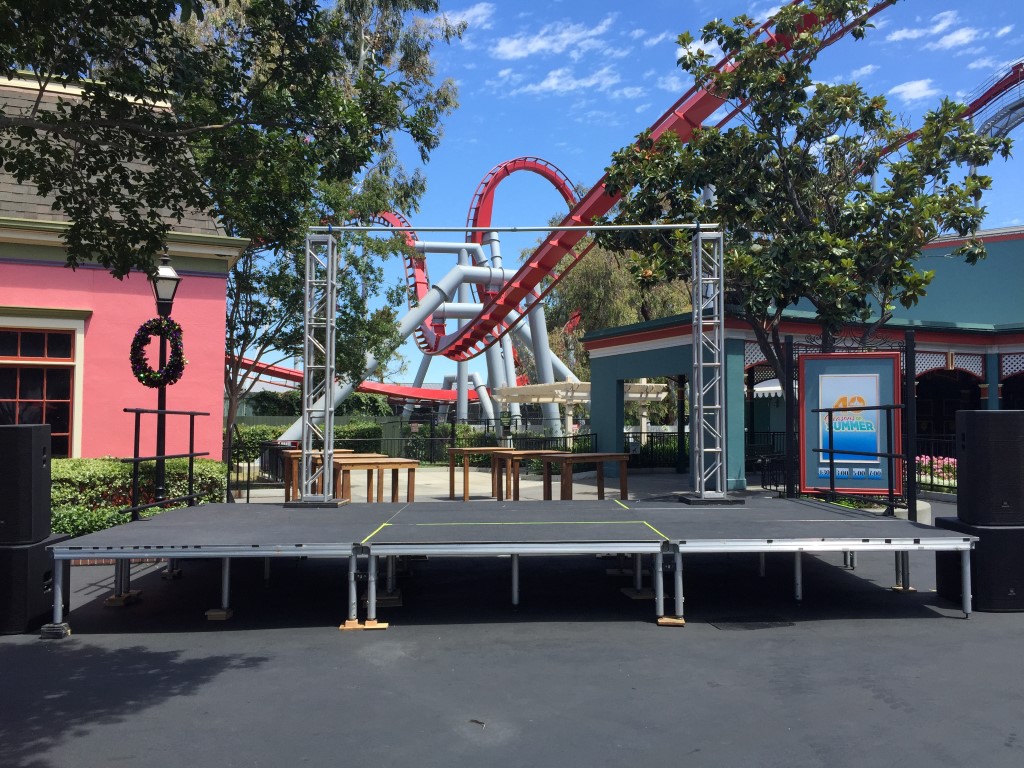 Lastly, some small buildings have been put in place presumably to distribute the delicious cuisine that will be offered to the event. Make sure you get out to the park to check out Taste of Orleans, it looks like a great time already. 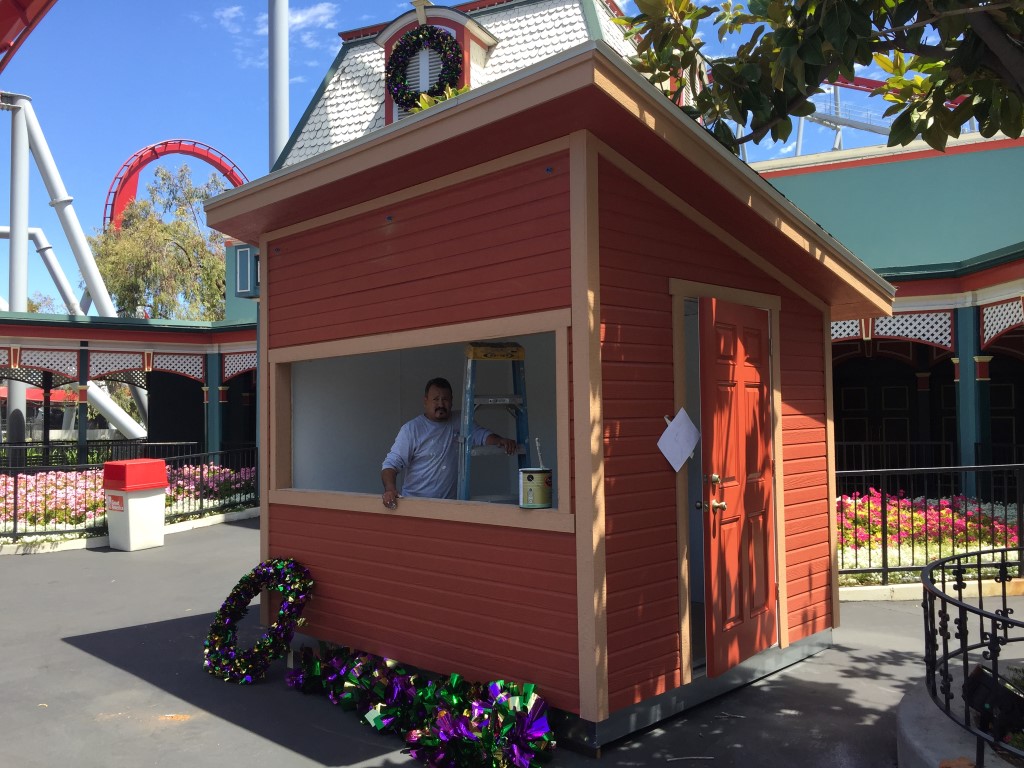 That’s about all for this update, thank you very much for checking it out as always. Are you looking forward to Taste of Orleans? Comment below and let us know! 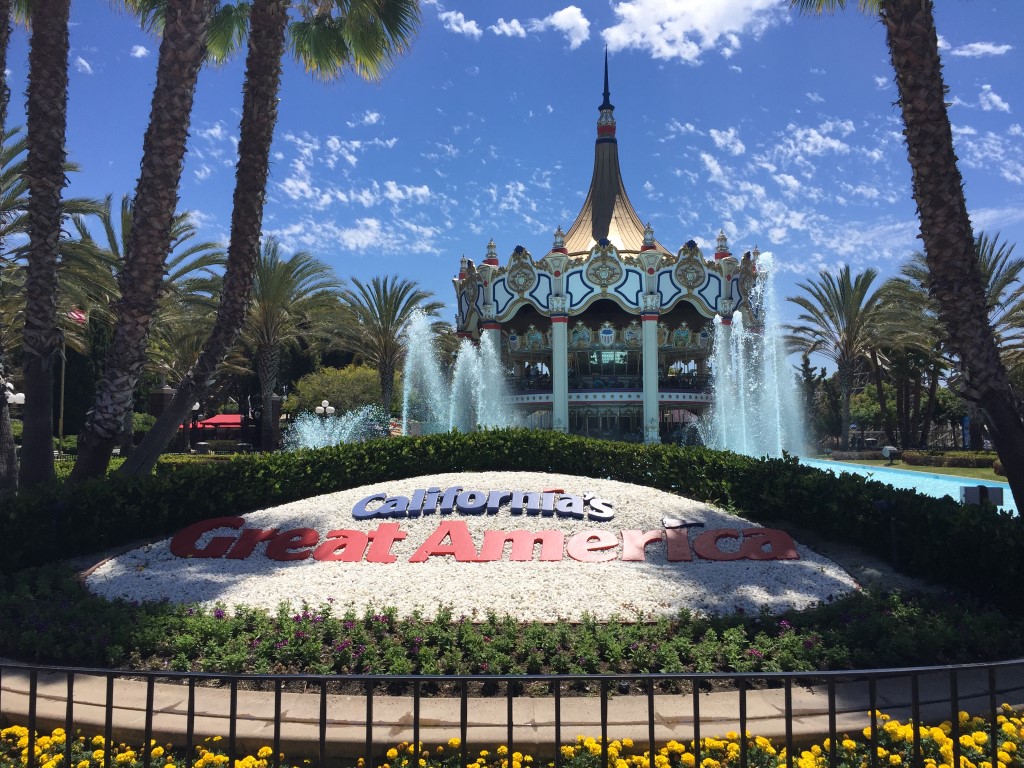 Check out our other brand new articles regarding the Hyper Coaster DESPERADO at Buffalo Bill’s and our incredibly detailed SeaWorld San Diego Trip Report from yesterday!