With the opening of Corkscrew in 1975  Arrow Development not only introduced the first modern looping roller coaster it also introduced the first inverting coaster element that wasn’t a vertical loop.  Though people complain about Arrow’s use of “cookie cutter” elements on its looping coasters we still see almost every element Arrow introduced being used today.  For over 20 years these “cookie cutter” inversions were what it meant to ride a looping coaster and I think Arrow loopers continue to be the first “upside down” ride for many people.  In celebration of 45 years of the modern looping roller coaster enjoy this ranking of five classic Arrow inverting elements.

I’m not alone in having Drachen Fire at the top of my list of defunct coasters I wished I could have experienced.  Much is made of Arrow’s attempt to copy B&M but you have to respect the originality of some of the concepts and how they have manifest in contemporary rides.  The cutback is a straightforward and snappy inversion that can be seen now on coasters by a variety of manufacturers including Gerstlauer and RMC. The wraparound corkscrew in the middle of the first drop is still one of the most stunning and, from all accounts, intense inversions ever conceived.  It’s spiritual successor, the “Drachen Fire Dive Drop,” is now a highlight of Kennywood’s Steel Curtain, which as a whole acts as a sort of Drachen Fire 2.0.   Drachen Fire shouldn’t be dismissed as a desperate company ripping off B&M, Arrow was still pushing the boundaries of what a looping coaster could do.  If only they hadn’t done it with their first-generation track profiling and horrible “open-sided” trains.

This one is a little too close to the traditional boomerang/batwing to be ranked but deserves a place on this list. This one of a kind inversion would be really special on any other coaster, but it’s just one part of one of the strangest coaster creations of all time.  When competing with the double chain lift hill, meandering layout, and a giant empty crater the bowtie becomes a footnote in the weirdness that is Dragon Mountain.  Arrow would reference the bow tie two times in future coasters, though in non-inverting form.  Kings Dominion’s Anaconda and Space World’s Titan Max both feature twister sections after their mid course brakes  that echo the bow tie. 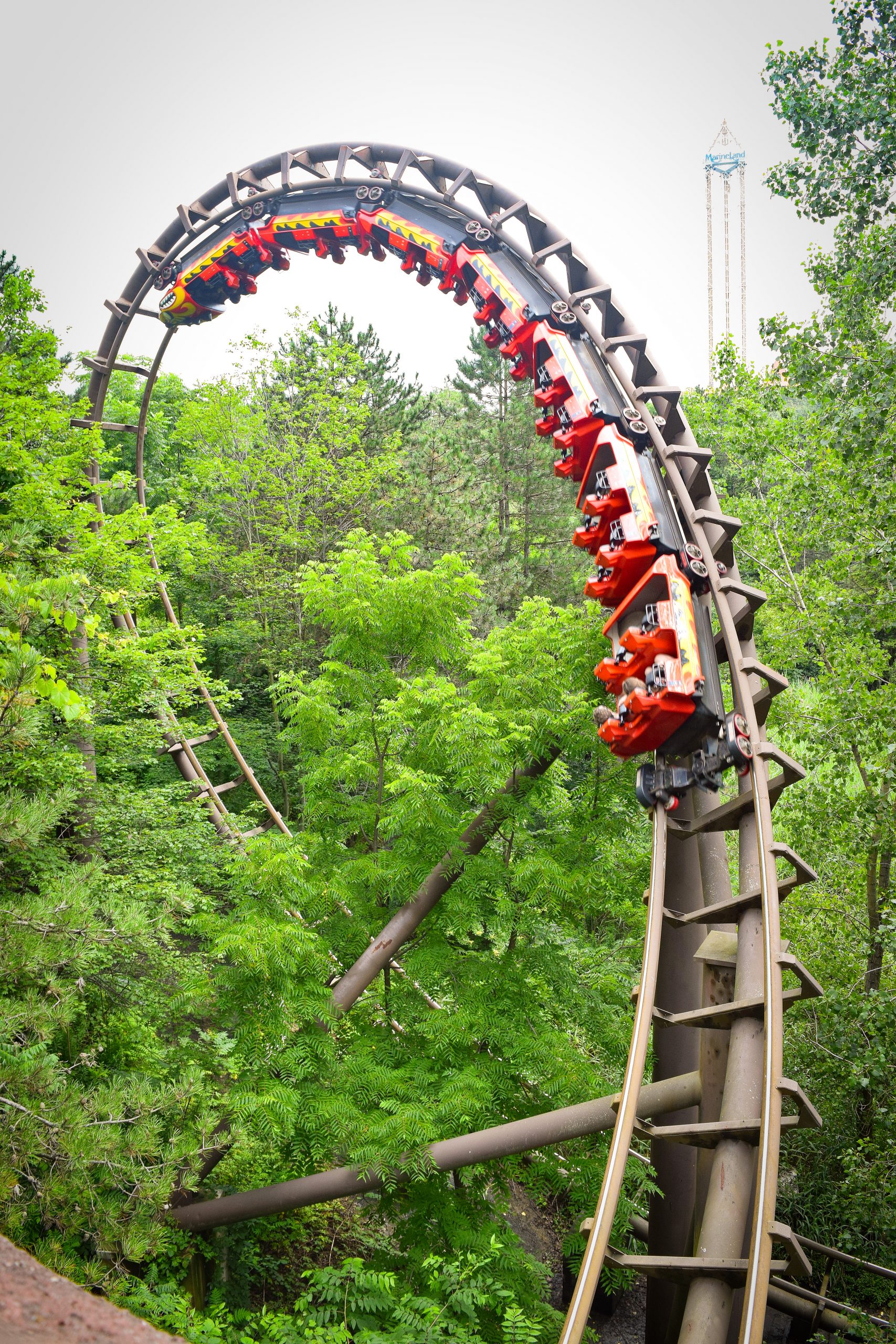 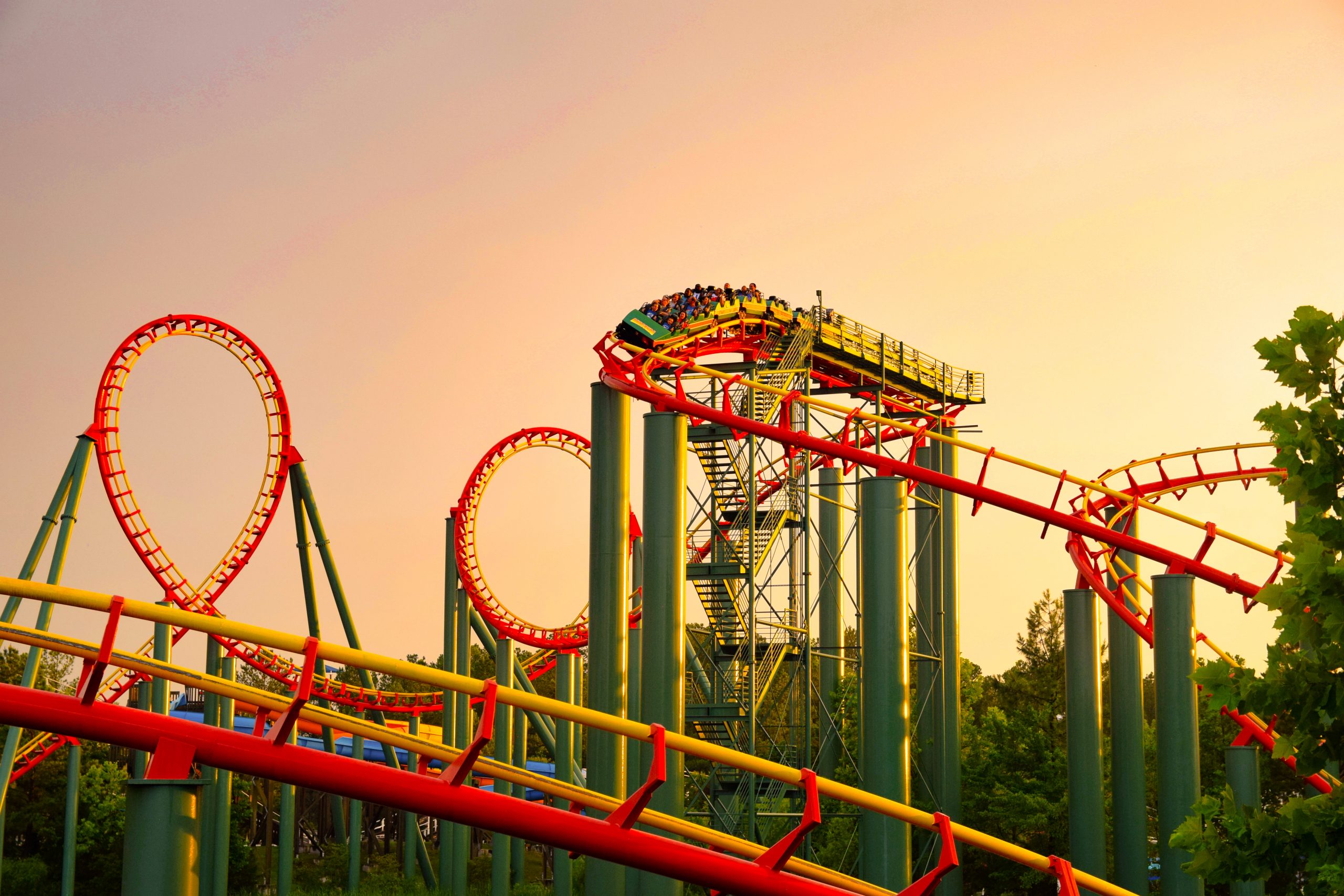 The original Arrow inversion continues to deliver strong thrills as one of the most common inversions found on any coaster.  Almost every major manufacturer of looping roller coasters continues to use corkscrews and they act as building blocks for many of today’s more wild inversions.  Arrow corkscrews in particular can vary greatly from coaster to coaster.  Some focus on hangtime(any of the mega-loopers), others act as a speedy and intense climax of the ride(The Demon coasters come to mind), and some are just plain uncomfortable(Corkscrew at Cedar Point is probably the most infamous).   If they were more consistent they might rank higher on this list. 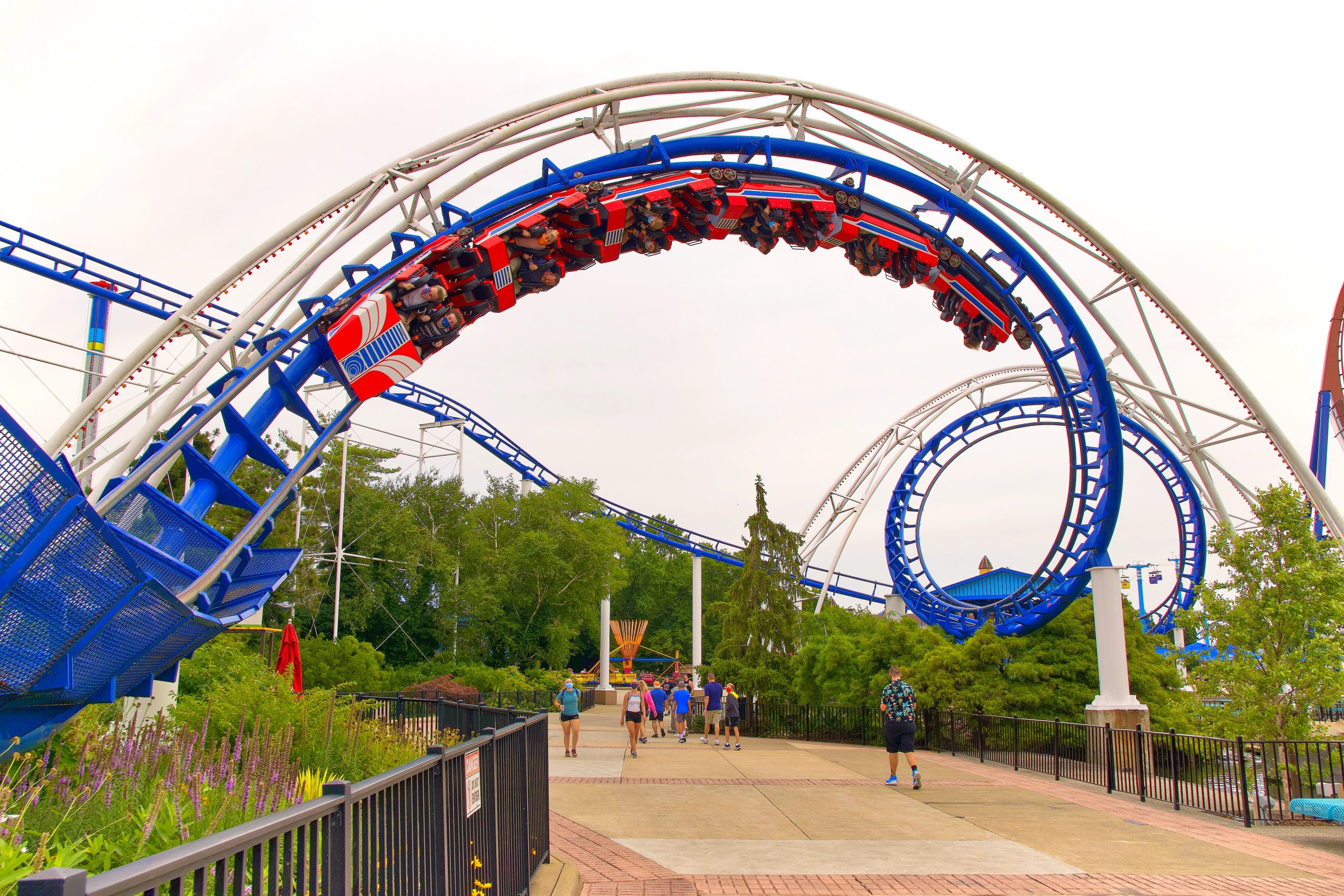 Arrow missed unveiling the first modern vertical loop by just a few days when Magic Mountain’s Revolution opened a week before Cedar Point’s Corkscrew in May of 1976.  Arrow’s tight teardrop-shaped loops continue to be among the most iconic inversions found on roller coasters today.  Arrow’s smaller vertical loops taken at full speed are the opposite of the graceful giant loops found on today’s B&M, Mack, and Intamin coasters.  These aggressive loops do not let you forget you are going upside down and many enthusiasts prefer them for their intensity. 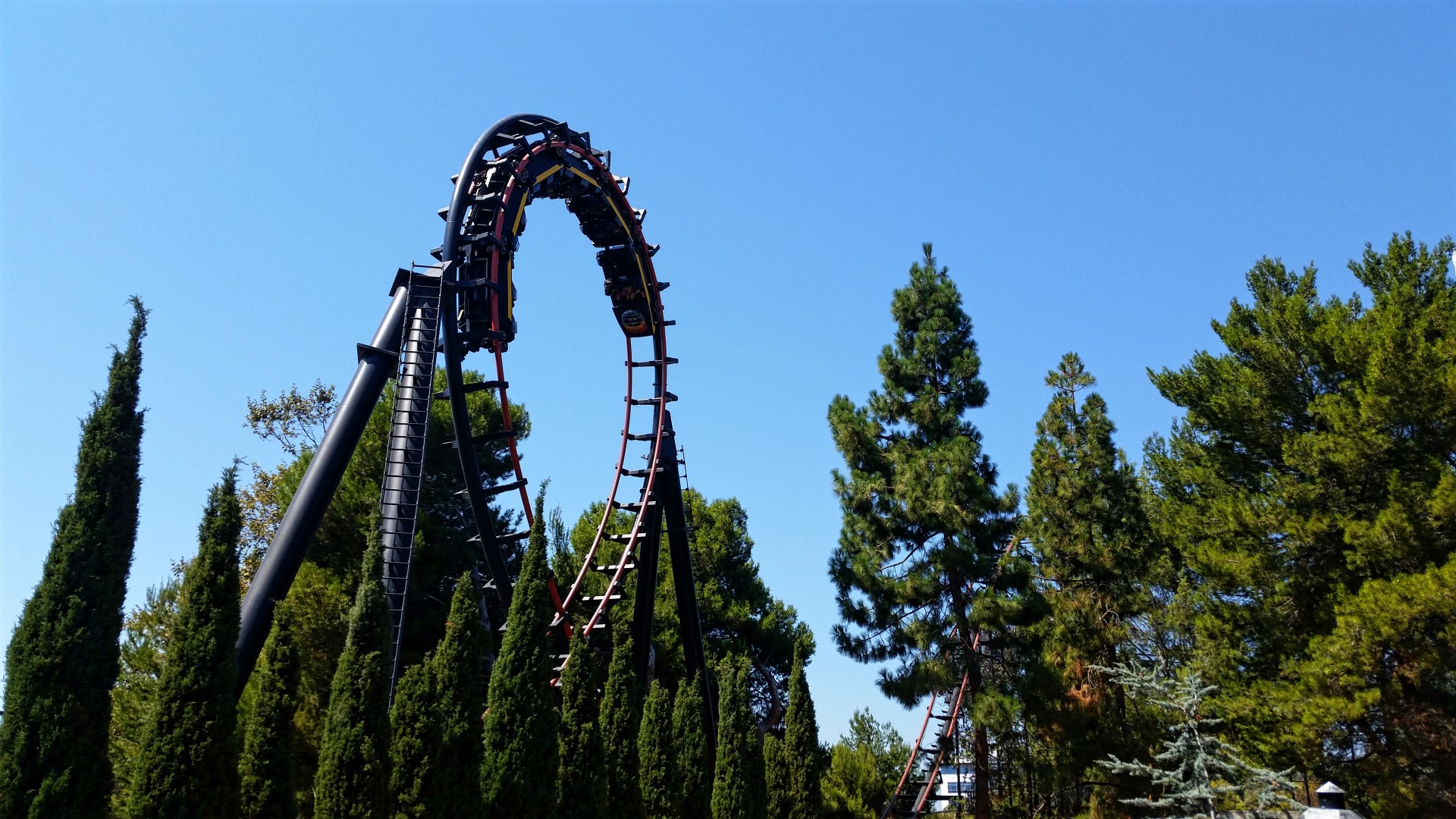 Introduced in 1980 on Orient Express at Worlds of Fun the Arrow boomerang(named the “Kamikaze Curve” by Worlds of Fun)  was the first inversion that not only turned riders upside down, but changed the direction they were traveling.  This hybrid of the corkscrew and vertical loop makes for a unique combination of lateral and vertical forces. Though the cobra roll introduced by Vekoma in 1984 on their Boomerang model has become more ubiquitous the Arrow boomerang/batwing continues to be one of the best inverting elements and one that has been adopted by a wide range of manufacturers.  In terms of intensity, visual interest, and ride-experience the classic Arrow boomerang is hard to beat. 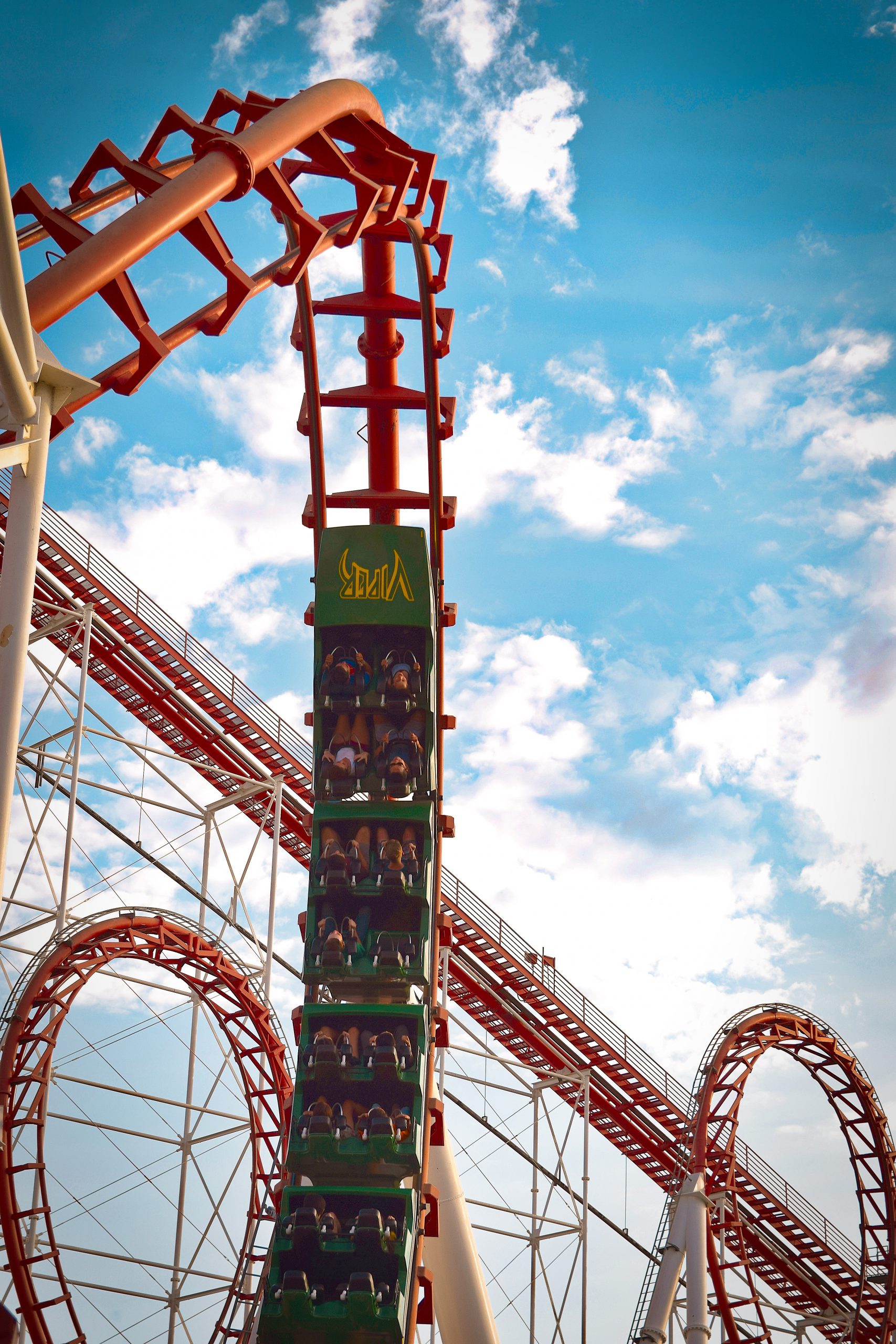 I can clearly remember being a young enthusiast and seeing a picture of Busch Gardens’ Loch Ness Monster and being absolutely stunned.  I knew that was a coaster I had to ride!  It is a travesty that in the 40 years since their introduction no other manufacturer has built a coaster with interlocking loops.  Arrow themselves only used the element on three coaster installations.  I don’t think there is a single roller coaster element that has a greater visual impact off ride.  The on-ride experience is also delightful taking Arrow’s intense loops and adding an extra layer or disorientation and interaction.  This is one Arrow innovation that I would love to see a contemporary manufacturer tackle.  In the meantime we need to protect and cherish the treasure that is Loch Ness Monster. 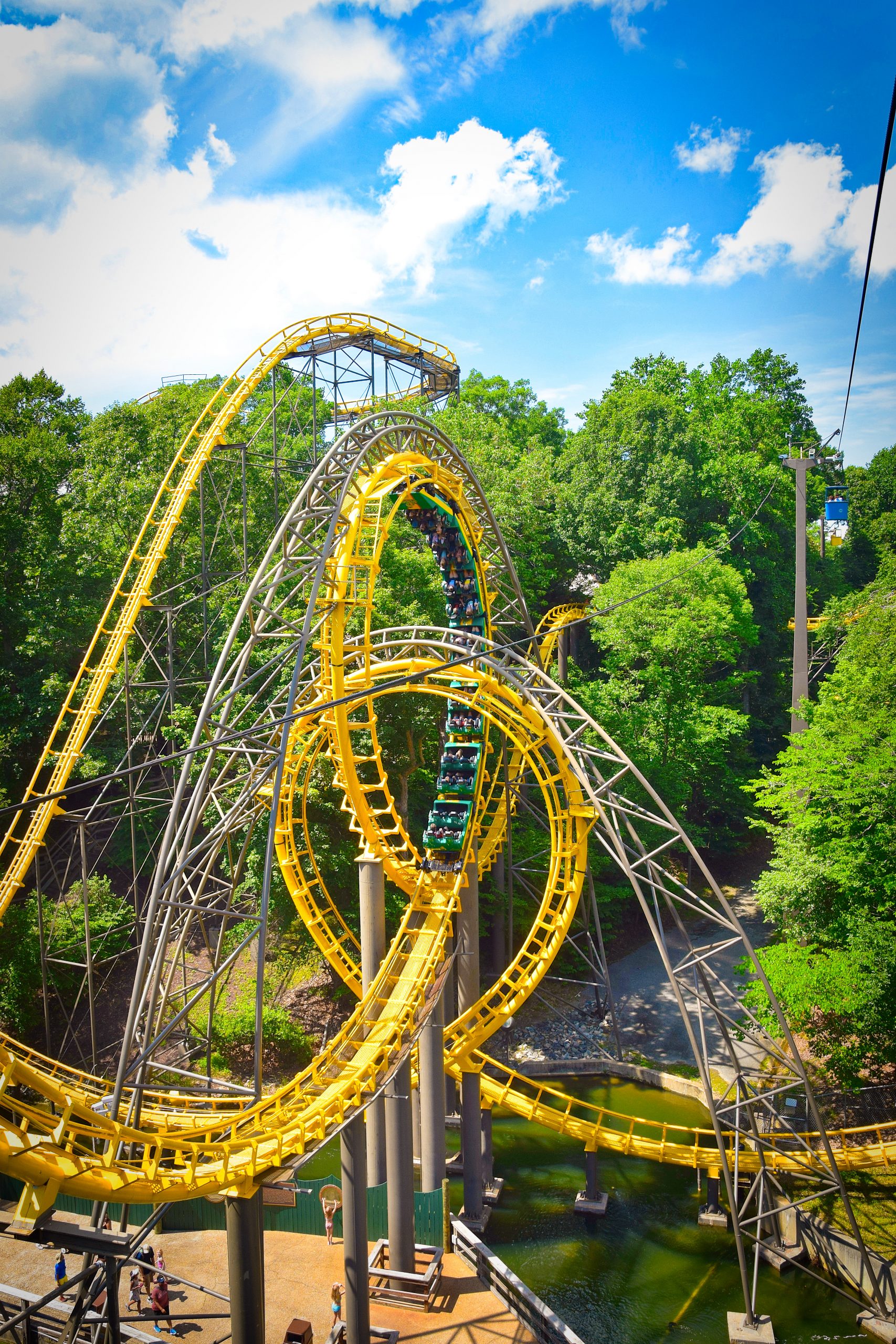 Do you agree with these rankings? What is your favorite Arrow looper?  Let me know what historical coaster coverage you’re interested in!