As we all know, 2020 has not been the greatest year for our theme park industry. With many rides and construction being halted and now due to open next year, 2021 could be a fantastic year! Here we are going to have a look at the newest additions we will see open next season.

Most images are from direct sources such as official Theme Park websites, Facebook and Twitter accounts. These are not our images except Valhalla at Blackpool Pleasure Beach.

Starting off at Paultons Park with their new themed area called Tornado Springs. This well anticipated expansion has been under construction for some time now and was set to open in May 2020. With the Covid-19 pandemic the opening has now been pushed to 19th March 2021 and we cannot wait! Promotion of Tornado Springs got us all wondering what kind of rides will be included in this area and Paultons really went to town on their advertising. With every new video there were more clues and information until they finally announced their main attraction for this area, a Mack Rides Spinning Coaster! For Paultons Park being mainly aimed at kids (Peppa Pig World) this is huge development into becoming a bigger park aimed at all ages. 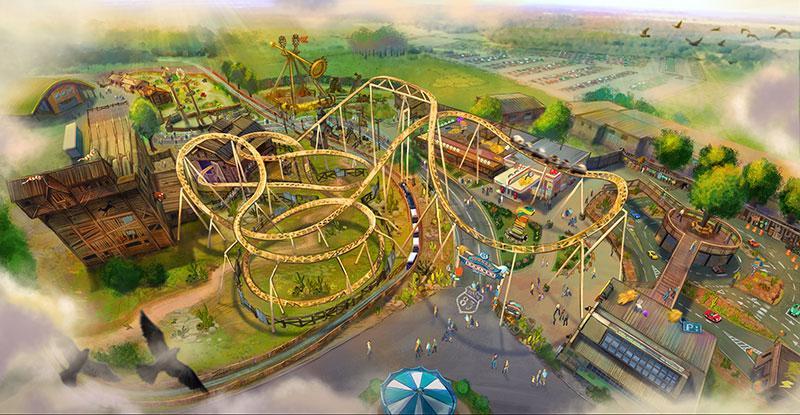 Not only did they announce the spinning coaster, Storm Chaser but eight new rides and experiences! This new area could help Paultons gain a huge new amount of visitors this year, especially enthusiasts who were eager to ride this year. Alongside the coaster they are due to open or re-theme:

Can you pull off the greatest jewel heist in history? Well we don’t recommend it but we can suggest the closest thing, Gangsta Granny at Alton Towers! Due to open this year but pushed back until 2021, this 4D dark ride looks like it will be a blast for all ages. Following the story from David Walliams book Gangsta Granny, we are taken on an adventure to steal crown jewels. 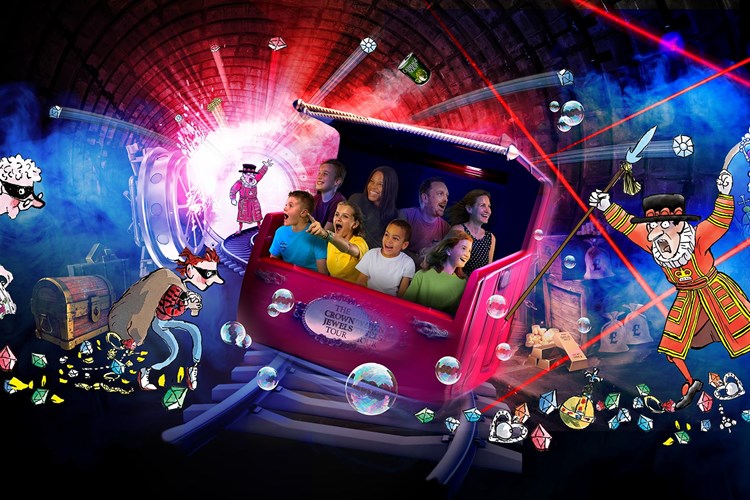 Using 4D to take riders through the story with a completely ‘360 degree special effect laden wild ride’! The UK doesn’t have a huge selection of Dark Rides so we welcome this and we look forward to riding. They are also adapting the themed area around the ride and will now be ‘The world of David Walliams’ with a rebrand of the Gallopers carousel and the Frog hopper drop tower too.

On the Island like no other, we have some more mind-messing experiences! Thorpe Park planned to open the Black Mirror Labyrinth, which is now opening next year.  The park announced the attraction as the world’s first Live Black Mirror Experience themed around the science fiction TV series.

‘Get lost as you enter a hypnotic maze using cutting-edge visual technology and sensory-defying environments. Will you keep your grip on reality or will you lose yourself in the digital mainframe as this unpredictable digitised dimension reveals an uneasy truth that manipulates and displaces your very existence, leaving you questioning how well you really know yourself.’

Besides this new walkthrough experience, the park will be hosting a few events over their Hyper Spring season (4th April until 31st May). One called Hyper Ride Roulette during the May half term when we can expect ‘random rollercoaster replays, detonation delays and system overloads.’ We will also have an opportunity to take part in their Cosmic 6 Challenge which will see guests unlocking cryptic codes on their biggest coasters and an array of limited edition delicacies available from kiosks!

Over at Flamingo Land, Inversion (rumoured name) was due to open this spring with ten inversions and speeds of up to 53mph. Built by Intamin, it is a similar design to Colossus at Thorpe Park and a clone of Altair at Cinecitta World in Italy.

The design of the ride is more thrilling than colossus and probably the most noticeable difference is the lap bar restraints giving you more freedom on ride. We hope to visit and ride in 2021.

Next up Chessington World of Adventures with their highly anticipated 25.6m 16 seater drop tower called Croc Drop. Themed around the Ancient Egyptian God Sobek who took the form of a giant crocodile, riders will experience a special effects drop into his wide open jaws. 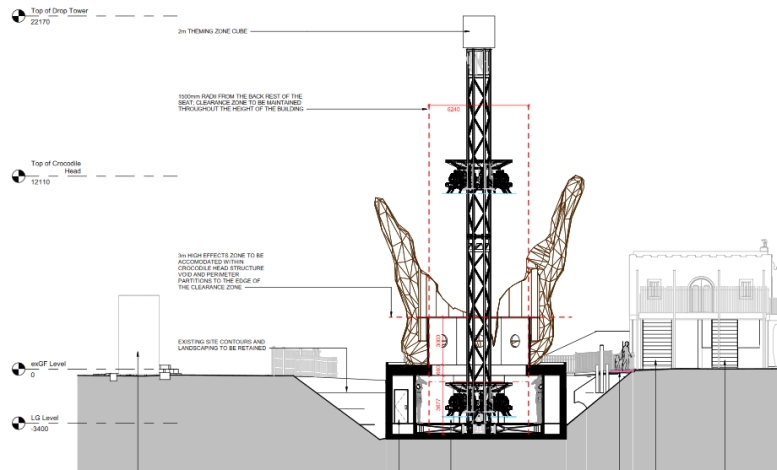 Construction is well under way and situated on the site where Ramses Revenge once stood. Due to open in Spring 2021, we look forward to riding.

‘A NEW WORLD IS COMING…

Every time a child takes care building a LEGO® creature – no matter how big or small – unbeknown to them, that creature comes to life in a parallel world. A portal to that world has just been discovered at the LEGOLAND® Windsor Resort…

Enter LEGO® MYTHICA, a parallel universe where mythical creatures come to life before your eyes…’ 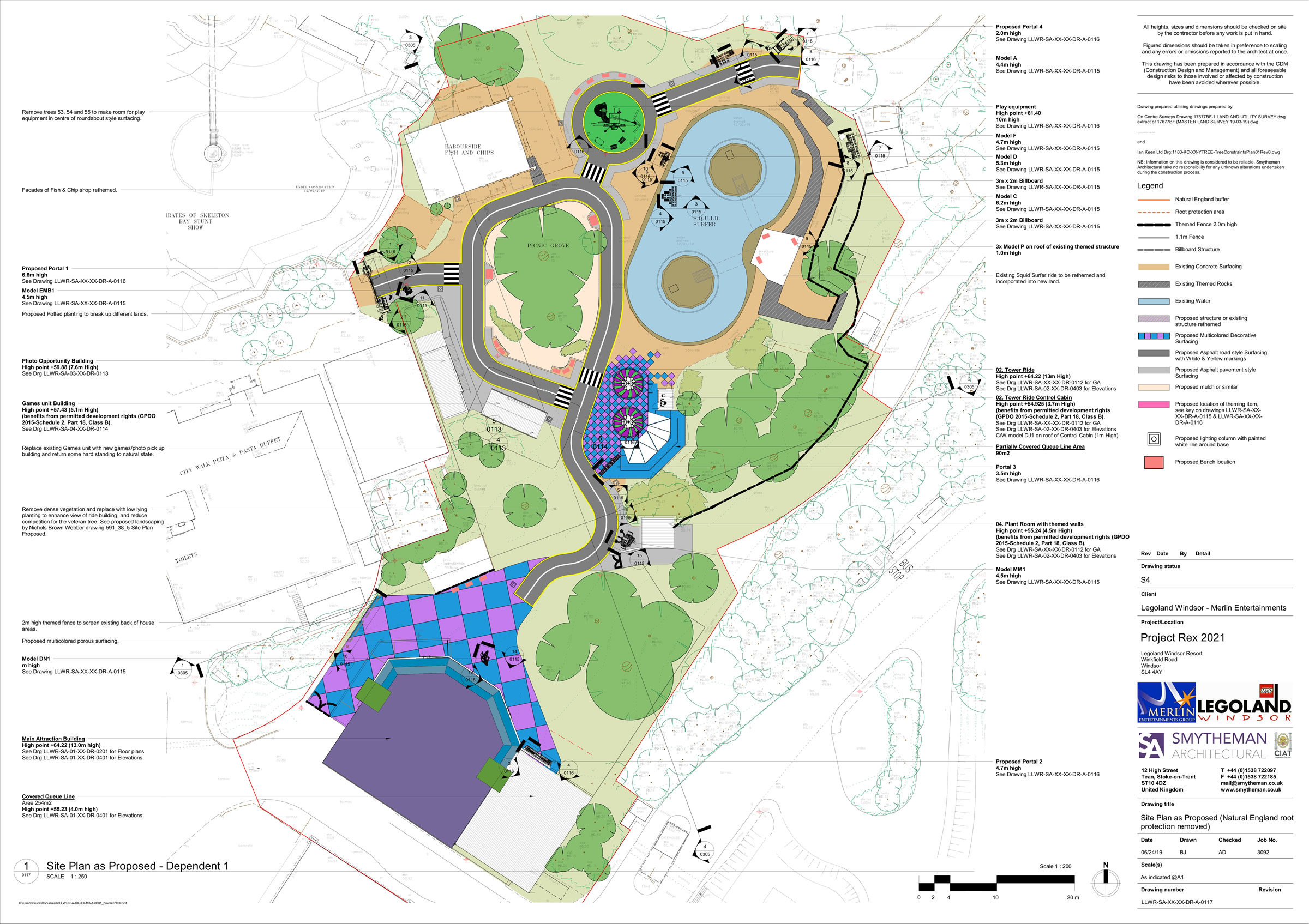 This exciting new development has recently been teased by Legoland and we now know it will be themed on Mythica instead of the originally planned Lego Movie. In the blue prints we can see the plan to build the UK’s first flying theatre (similar to Soarin’ at Walt Disney World or Voletarium at Europapark.) Potentially, given the theme, guests will be flying around mythical creatures and taken on a journey into their parallel world. There are also plans to build two family drop towers and a retheme of the Squid Surfer ride.

And finally and most anticipated in my eyes is the revamp of Valhalla at Blackpool Pleasure Beach. Choosing to shut one of the most popular rides at the pleasure beach on its 20th birthday came as a bit of a shock, but Valhalla plans to be back for 2021. In need of some serious TLC are the rides fantastic special effects which over the years have slowly become outdated and cost the park in excess of 1 million pounds per year! 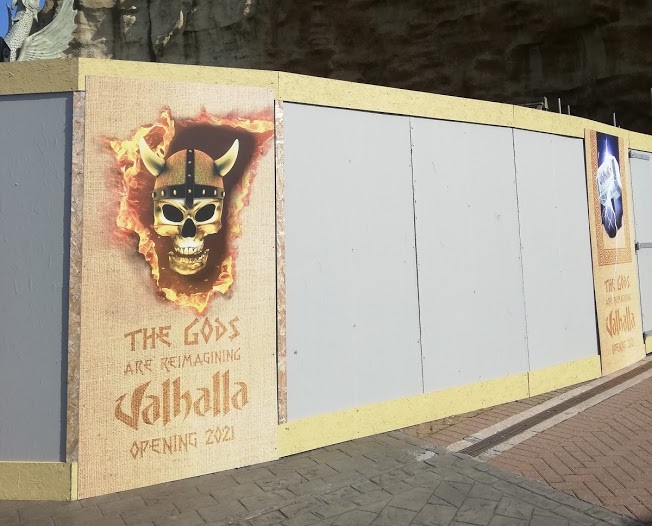 Since it opened we have seen some amazing technological advances which we hope will make their way onto this fantastic ride. We could also see some improvement in safety aspects with potential lap bars being added due to those seriously steep drops. We hope Valhalla comes back with a bang and we cannot wait to get soaked by the Norse Gods once more.

What are you looking forward to the most in 2021? Let us know in the comments or tag us in your photos.

Thank you for checking out this park/project update! If you like our content and are interested in supporting us, consider shopping on Shop Coaster Kings for the holidays! We’ve got a variety of theme park and coaster custom designs available!