Alexander: Since we love lists, we thought it was time for something a little different: a ranking of all 50 States, in order of coaster quality.

Quality is key, here; it would be very easy to just list states based on # of coasters, but that wouldn’t be very interesting. We’ve compiled our countdown based on a comprehensive look at each state and its coasters, carefully scrutinizing each one down to every possible comparison.

We know which states have more or less; today we consider which are best.

– In the following article a mix of images was used. All images are owned by California Coaster Kings, unless states otherwise. – Over the years, many of our images have popped up on other sites and forums, awesome that our coverage spreads, not so awesome that not everyone mentioned where they got the images from. We are totally fine with our audience using our images, BUT ONLY IF credit is given to californiacoasterkings.com. Thank you! –

Super Slide Amusement Park in Bismarck is the only North Dakota park – operating or defunct – listed on RCDB. Likewise, their Runaway Train Wisdom kiddie is the only known coaster ever permanently installed in the state. This means that North Dakota is the ONLY state in which every (stationary) coaster and amusement park (in recorded history) is still in operation – a 100% success rate for both! Keep it up, guys!

It may be the least-populated state, but it’s actually NOT one of nine states lacking a full-sized roller coaster. Yes, our list’s first BIG coaster is at Jackson Hole’s Snow King Mountain: Cowboy Coaster, a 3,200ft+ (975m+) Wiegand mountain coaster.

Also a member of the “has BIG coaster thanks to Wiegand” club, Vermont’s sole selection is the aptly named Beast Mountain Coaster, a 4,800ft/1463 mountain coaster at Killington Resort, in the city of Killington (There was missed opportunity to call the ride Killer Mountain Coaster).

Not to be outdone by the fierce competition within America’s dead-center wasteland, the other Dakota his home to both a Wiegand (Rush Mountain, located next to Mt. Rushmore, naturally) AND a permanent kiddie (Humpty Dumpty’s Great Fall at Storybook Land in Aberdeen). I don’t plan on listing every coaster in every state, but exceptions must be made for stuff like Humpty Dumpty and Cowboy Coaster. 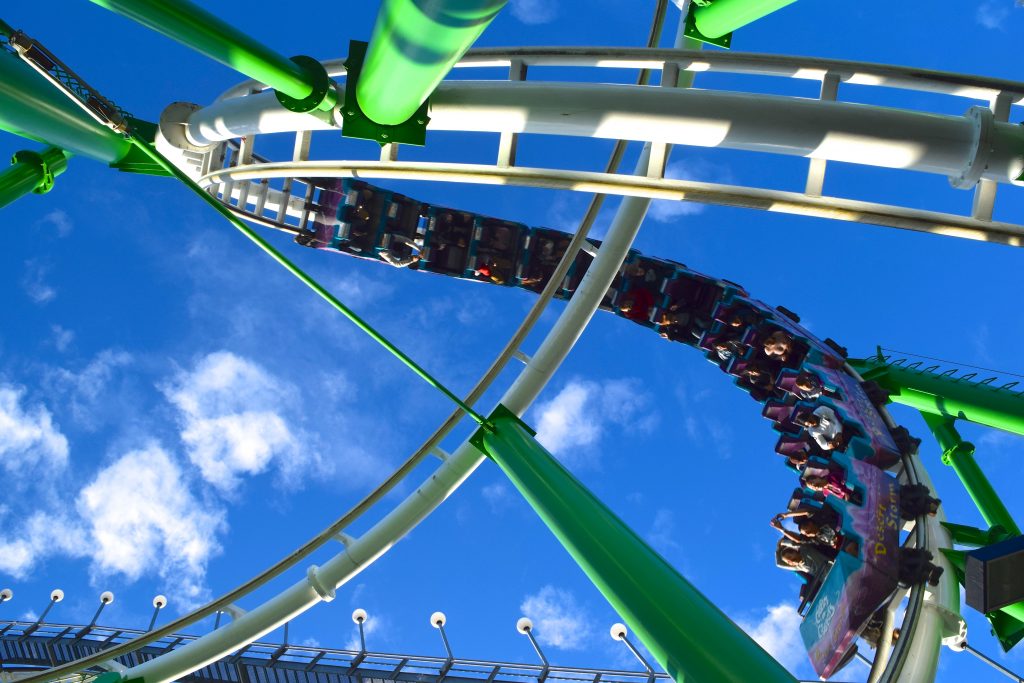 At long last we’ve arrived at a state with a coaster that’s neither kiddie nor mountain. Arizona is the only state to boast a single, major, non-Wiegand coaster: Castles ‘n’ Coasters’ Desert Storm, a Hopkins looper that shares the Phoenix area with a handful of custom (!) kiddies from Hopkins (also Castles ‘n’ Coasters), Chance (a local zoo), and Miler (a farm). 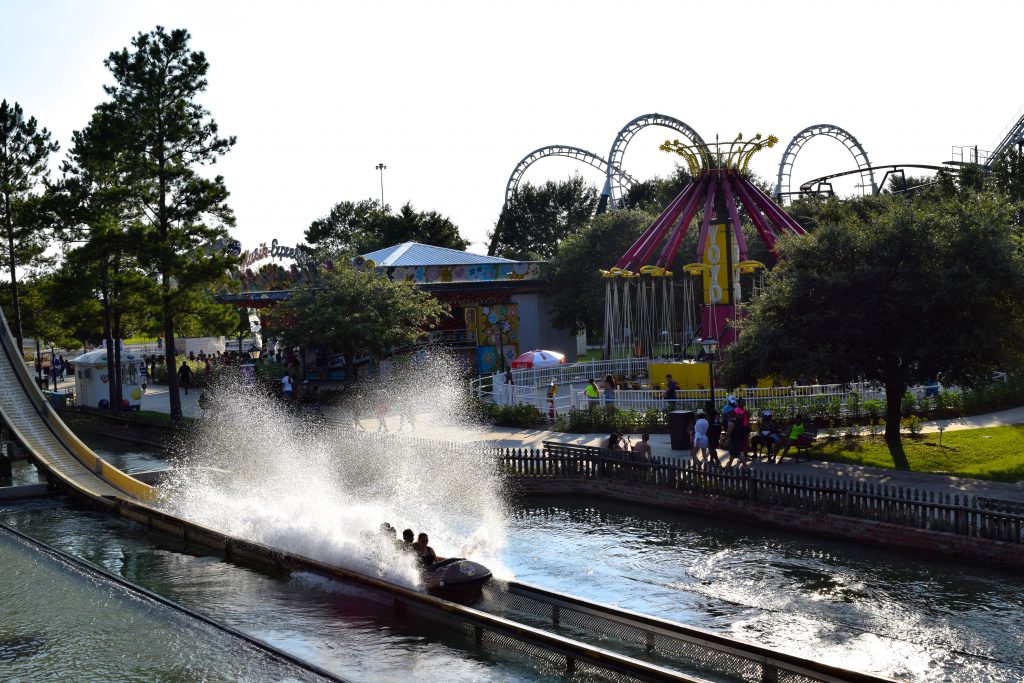 With the best parks in the state’s history (New Orleans’ Pontchartrain Beach and Jazzland) lost to poor attendance / weather, Louisiana’s coaster presence rests almost squarely on Baton Rouge’s Blue Bayou and Dixie Landing. The park features equally impressive collections of wet and dry attractions, including a Vekoma Boomerang, Pinfari Zyklon, and Maurer spinner. And all is not lost in NOLA; Live Oak Ladybug in New Orleans City Park is Zierer Tivoli in a beautiful setting.

Portland staple Oaks Park dazzles guests with Adrenaline Peak, a Gerstlauer EuroFighter 320 (the state’s first new coaster this century), but the real stars of Oregon are a pair of weirdo-coasters just south of Portland at Enchanted Forest. The homemade Ice Mountain Bobsled and unique E&F Miler Big Timber Log Ride (yes – it’s a credit) are nothing if not…well… enchanting.

All major Arkansas coasters are found at Magic Springs and Crystal Falls, including our countdown’s first woodie coaster (finally!). Arkansas Twister scores points for being rescued from Florida’s Boardwalk and Baseball Park, but loses points for running a old Gerstlauer train. Other notable diversions include Big Bad John (here by way of Dollywood AND Six Flags St. Louis, a.k.a. “The Arrow Mine Train That Wouldn’t Die”), the West’s only Maurer X-Car coaster, and a Vekoma SLC. 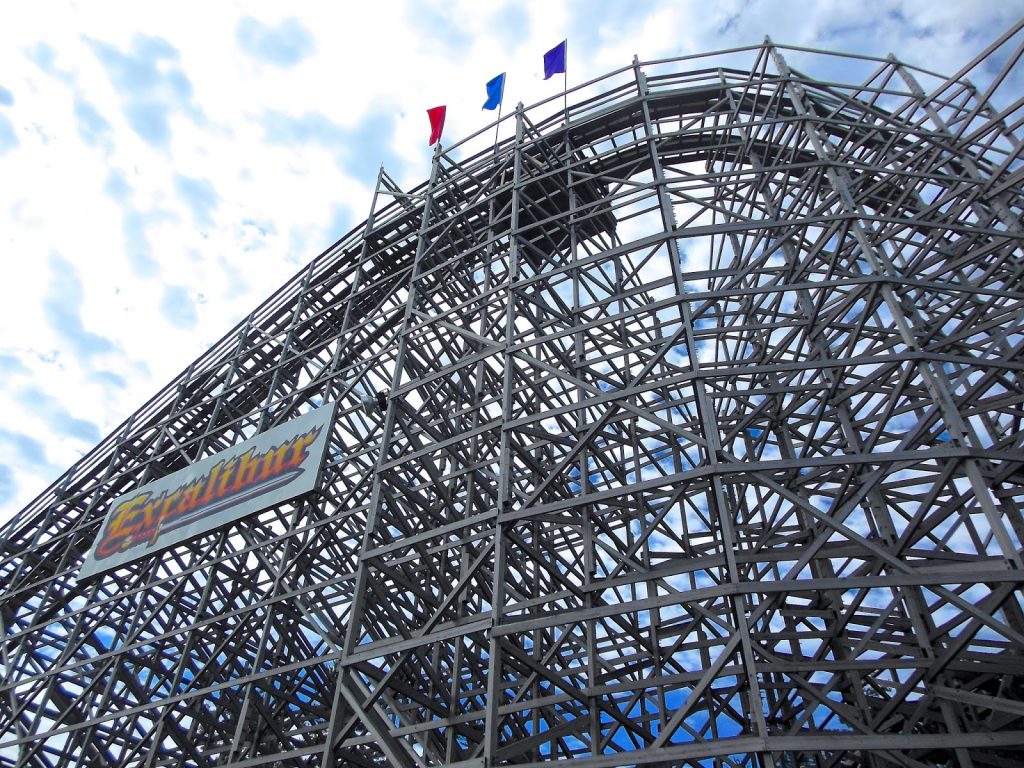 While it lacks Arkansas’ steel coaster excellence (lo), south Maine is home to a better woodie (Custom Coasters Intl. (CCI) Excalibur at Funtown Splashtown, which also runs a Mack mouse), and some charming little parks. Precious York’s Wild Kingdom has only a Wacky Worm (or Wacky Mouse, rather), but 2018 brought the unique Preston and Barbieri Sea Viper (next-gen compact steel coaster) and an SBV Visa Spinner to seaside-situated Palace Playland.

Pairs of Zyklons and SBF Visa Spinners call the parks of New Mexico home, as does remarkable Cliff’s New Mexico Rattler in Albuquerque (infamous life-ending CCI project that Cliff’s was forced to complete themselves). A Zyklon, SDC Windstorm, spinner, and kiddie make up the coasters of Western Playland, near El Paso, Texas. 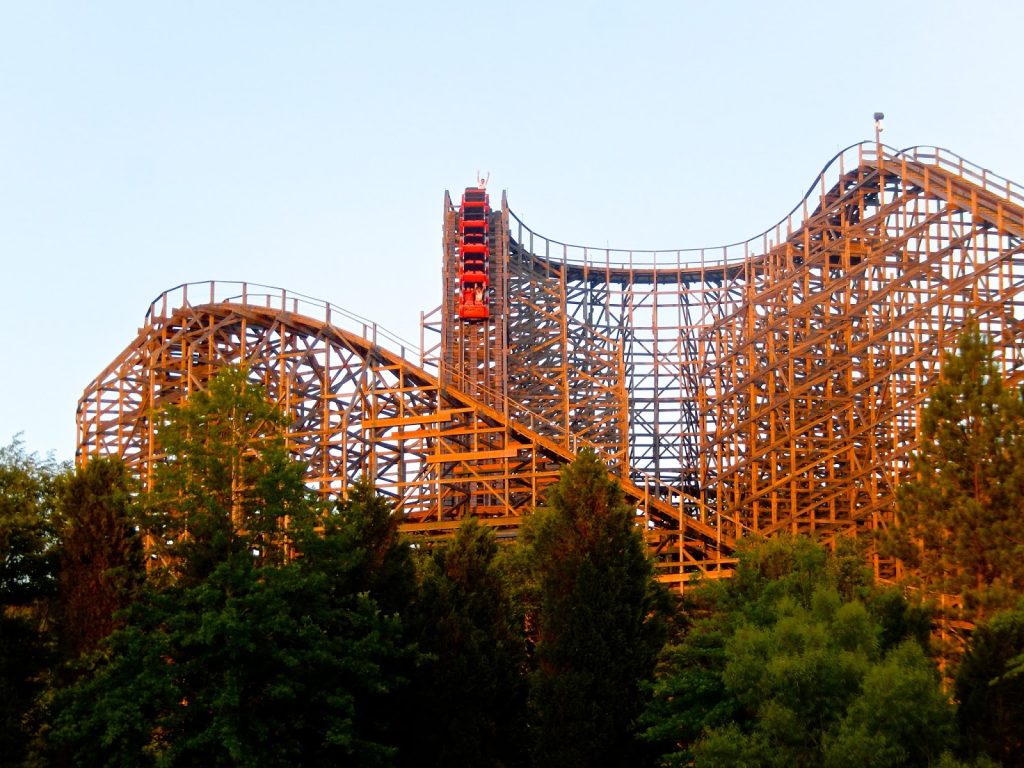 Birmingham’s Alabama Splash Adventure has been home to the state’s best coaster, the CCI Rampage, since its resurrection in 2013. The Park at OWA, a newcomer on the coast, opened with three Zamperla credits last year; they’re inoffensive at best (kiddie coaster, spinning mouse) and disappointing at worst (Rolling Thunder, a clone of Coney Island’s dreadful Thunderbolt). Sadly, jubilant CCI Cannonball Run at nearby Waterville USA retires after Labor Day.

Say what you will about the savoriness (or lack thereof) of the state’s only park, but the significance of western West Virginia’s Camden Park can’t be over-stressed. Two National Amusement Devices (NAD) woodies call Camden home, both with Century Flyer trains. Willing to bend the rules? Their Pretzel dark ride is basically wild mouse. (Also, Camden Park will be a playable environ in Fallout ’76 and I THINK THAT’S PRETTY COOL, GUYS).