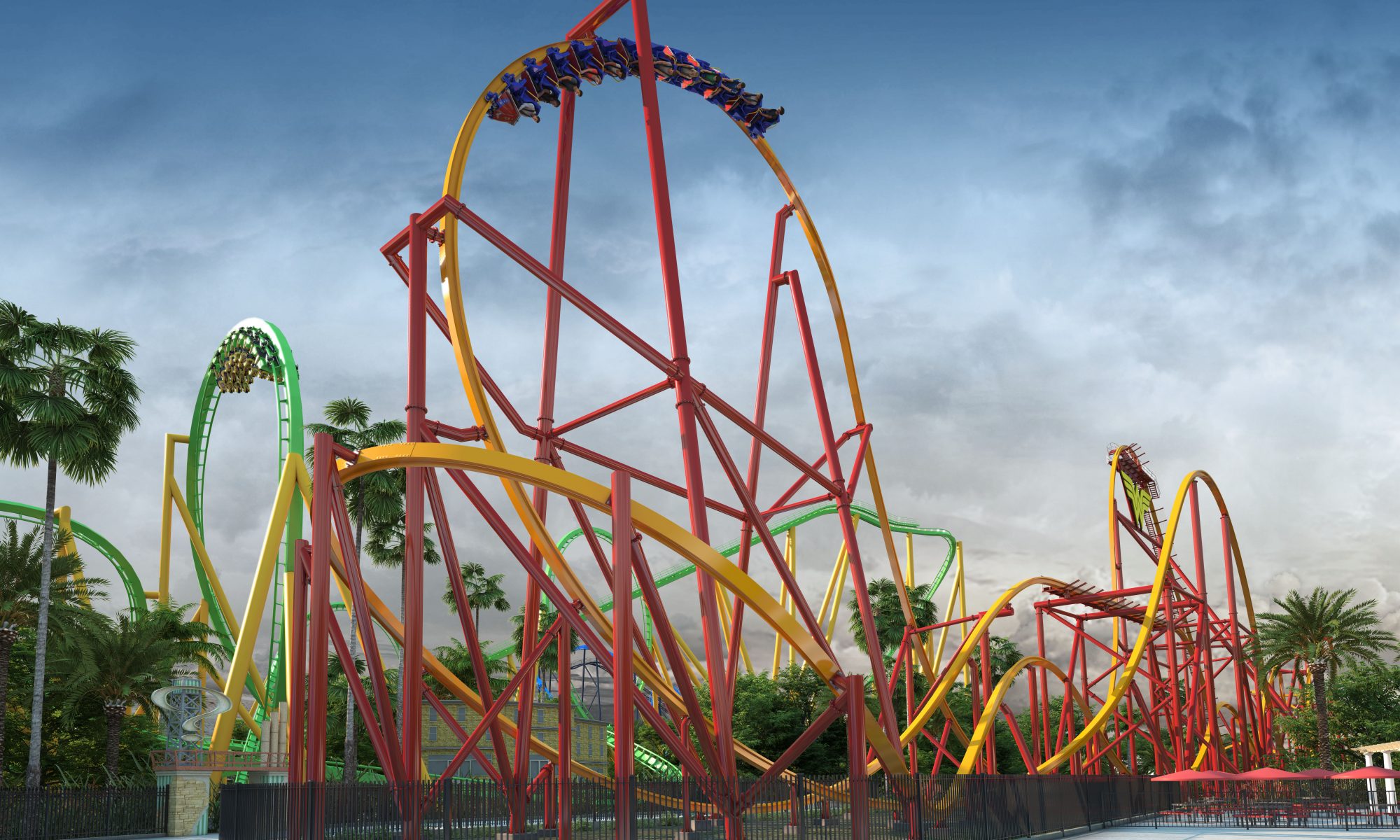 Six Flags Magic Mountain, the undisputed “Thrill Capital of the World,” in partnership with Warner Bros. Themed Entertainment and DC, today unveiled plans to add yet another record-breaking coaster—WONDER WOMAN™ Flight of Courage—to its unparalleled thrill ride lineup. Six Flags Magic Mountain’s record 20th roller coaster—the most at any theme park in the world—will debut as the tallest and longest single-rail coaster on the planet where riders will fly over 3,300 feet of track, towering 13 stories and soaring at speeds up to 58 miles-per-hour.  The new coaster will be located in the six-acre DC UNIVERSE™ area of the park, which will be expanded and entirely remodeled to include a new, innovative restaurant and bar experience, plus retail locations featuring exclusive DC branded merchandise.

WONDER WOMAN Flight of Courage exemplifies the Super Hero’s traits of strength and speed—showcasing the legacy of Wonder Woman herself. As guests enter the ride queue, influenced by Greek architecture and featuring tropical landscaping, they will be immersed in the story of her life and how she obtained her super powers. Riders will join forces with Wonder Woman in the fight for truth, justice, and equality, to embark on an incredible journey of heroic feats, propelling through dives, banks, rolls, and turns designed to challenge the bravest of thrill seekers.

Key features of WONDER WOMAN Flight of Courage include:

“This is an historic milestone for our park as we introduce the latest addition to our unrivaled coaster dynasty, WONDER WOMAN Flight of Courage. Not only is this a record-breaking single-rail coaster, it brings Six Flags Magic Mountain’s coaster count to an unprecedented twenty, the most in the world,” said Park President Don McCoy. “Our partnership with Warner Bros. Themed Entertainment makes this accomplishment even more exciting, as we integrate the legacy of an iconic DC Super Hero into the theming of the ride. Additionally, we are creating a more innovative guest experience by redesigning one of our most popular areas, DC UNIVERSE, which will become the home of WONDER WOMAN Flight of Courage,” added McCoy.

Check out the ride animation below!