Nick: Busch Gardens’ Howl-o-Scream event is turning 20 this year, and to help celebrate the anniversary, many of the most popular icons from the event’s past are returning! This year’s event will also feature six haunted houses and nine scarezones! Read on for all the details!

Howl-O-Scream 2019 unearths long-buried icons of the past as well as new nightmares as Busch Gardens® Tampa Bay celebrates “20 Years of Fear” with horrifying haunted houses, terrifying scare zones and thrilling rollercoaster rides through the dark.

For two demented decades, Howl-O-Scream has been haunting Tampa Bay each fall as the area’s premier Halloween event. The event’s dark past has earned a sinister reputation, and is presently nominated for a USA TODAY Readers’ Choice award for Best Theme Park Halloween Event. Howl-O-Scream fans can show their support and vote for the event once per day until August 26.

Howl-O-Scream is a separately ticketed event, available during 22 select nights at Busch Gardens beginning September 20 through November 2, 2019. Single-night tickets start at $39.99 and unlimited admission for all 22 nights of Howl-O-Scream is available starting at $79.99. Park guests can upgrade their night of fright by selecting a Front Line Fear Pass with options including front-of-the-line access to haunted houses and attractions, including the all-new Tigris, Florida’s tallest launch coaster.

Enter the pristine home of the picture perfect suburban Clark Family, but beware of unseen horrors – once you’re invited in, you may never make your way out. Don’t let yourself become the next sacrifice in their sinister devotion. 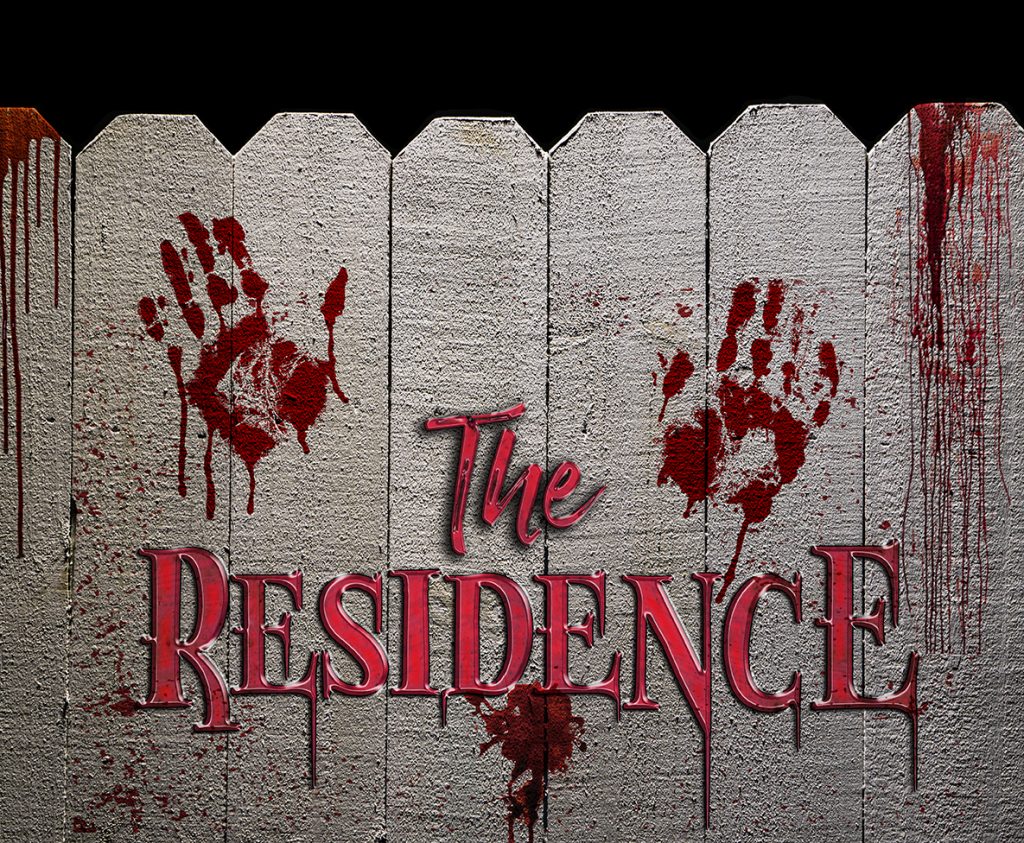 Howl-O-Scream 2019 presents more scares than ever with an unprecedented nine zones throughout the park, including three ALL-NEW scare zones:

NEW! First Fear: The horrors of Howl-O-Scream’s haunted past are the first frights to greet you, rising from the dead and bringing 20 years of fear back to life. Come face to face with Dr. Livingsdoom, the vampires from the House of Vayne, Trickster and more.

NEW! Little Nightmares: Take a creepy walk down memory lane to the bygone era of papier-mâché masks and homemade costumes sure to stir up the nightmares of your childhood.

NEW! Carpe Noctem: The eerie quiet of this gothic Romanian cemetery is shattered by the triumphant screams of vampires and the sobbing moans of their victims. This immersive zone even offers guests the opportunity to climb into a coffin to get a feel for the nightlife of the undead.

Howl-o-Scream is also bringing back 5 haunted houses and six scarezones from last year. They typically do a great job of adding various new scares and elements to the returning houses, so even though you might have gone through them in previous years, they still feel fresh!

Death Water Bayou: Wrath of the Queen: Just when you thought she was gone for good, the Queen of the Shadows has been lifted from the dead by Voodoo’s dark magic and is seeking revenge upon the living. Armed with her devilish devotees, all who dare to enter the swamp are subject to curses around every corner.

Insomnia: Patients’ Revenge: Years of cruel treatments at this sleep institute have warped the minds of the tortured and imprisoned patients. Now rising against the demented doctors, the inmates have taken over the ward to seek sick revenge to torture their evil caretakers.

Motel Hell: Infestation: Hordes of oozing, wriggling insects have infested Motel Shellburn and the exterminator is determined to extinguish all signs of life, including the guests. Every room in this motel from hell brings new skin-crawling horrors as you try to escape his noxious attacks and check out alive.

The Black Spot: Bloodshed: Dare to enter the underbelly of Captain Saw-Tooth Silas’ pirate ship. Try not to fall victim to what this macabre labyrinth has in store for you, the trick lies within the dimly lit corners of this mysterious hideaway- holding the secret to escape… or demise.

Simon’s Slaughterhouse: Watch where you step in Simon’s house, as every twisted turn corrals you from one sickening scene to the next. Don’t get caged in or you might be the next one up on Simon’s butcher block. 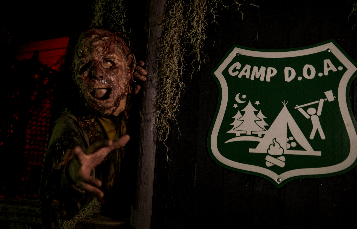 Camp DOA: Rising from the murky swamp waters, murderous mutants have taken over a seemingly peaceful campground. Campers are snatched from their idyllic dreams to become ghostly stars of living nightmares.

Hell on Wheels: In a post-apocalypse world, the surly survivors will stop at nothing for food and supplies, destroying all who stand in their way. Can you run the gauntlet of a murderous crazed biker gang to make it out alive?

DÍa De Los Muertos: Honoring the souls and spirits of those who have gone before us, guests can dance the night away in this festive zone; featuring face painters, traditional tastes of Mexico, spectacle of performers, and a one-of-a-kind photo with an icon of La Catrina.

Maniac Midway: Go backstage at “scariest show on earth” with Sparky and his terrifying carnie-crew as they take over Pantopia and make the midway their own stage of torture creating a frenzy of fear.

Deadly Toys: You can run but you cannot hide as giant toys spring to life in a murderous rampage with you in their sights. Childhood memories will be destroyed when these toys turn a play date into a slay date.

Meat Market: Howl-O-Scream’s most fear-inducing zone places you in the center of a nauseating assault by cannibal creatures gorging on their monster menu of human hors d’oeuvres.

Overall, we’re super excited for another year of Howl-o-Scream! Make sure to visit HowlOScream.com to buy your tickets now and learn more about all of the haunted houses, scare zones and experiences offered at this year’s event!