Sean: HangTime construction is still moving along incredibly quickly, and thus we have a new update STUFFED with new track, dents, and elements. The sun was out today and we got a great update for you with the Pretzel, holding brakes, station and brake-runs and Cobra Roll under construction!

We usually start our updates with this shot. Notice what’s new? That’s the holding brakes for the dive, as well as the Pretzel Knot/Top Hat sticking out! 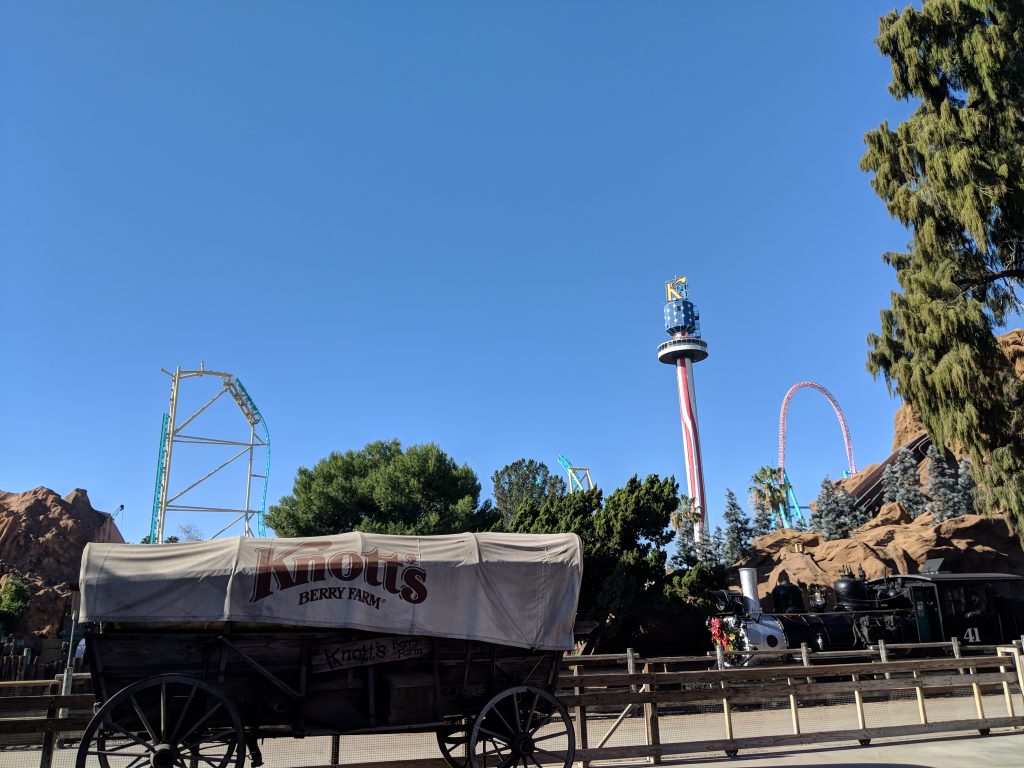 Upon getting closer t the ride it is blatant how much of a compact mess this ride will look like in the near future, and also the amount of Hangtime riders will likely experience in that giant Pretzel element! 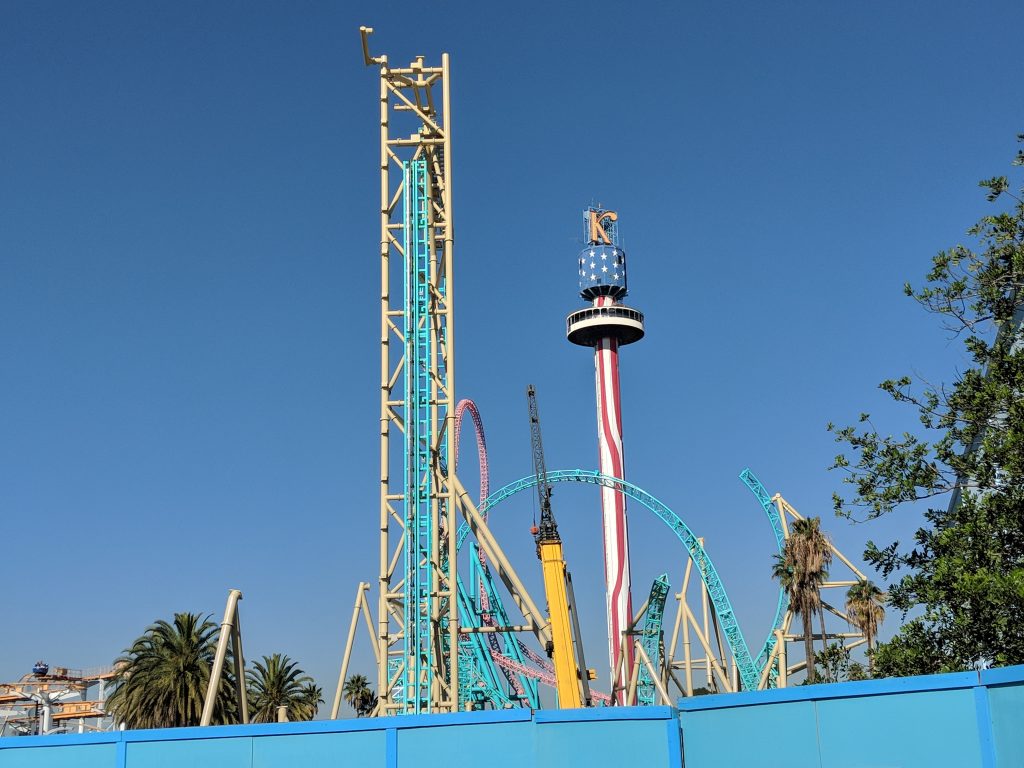 Let’s start off with the fact that the brake-run, station, and the turn in between have been finished. (Track wise). We’re still waiting or the actual station building and some of the catwalks. 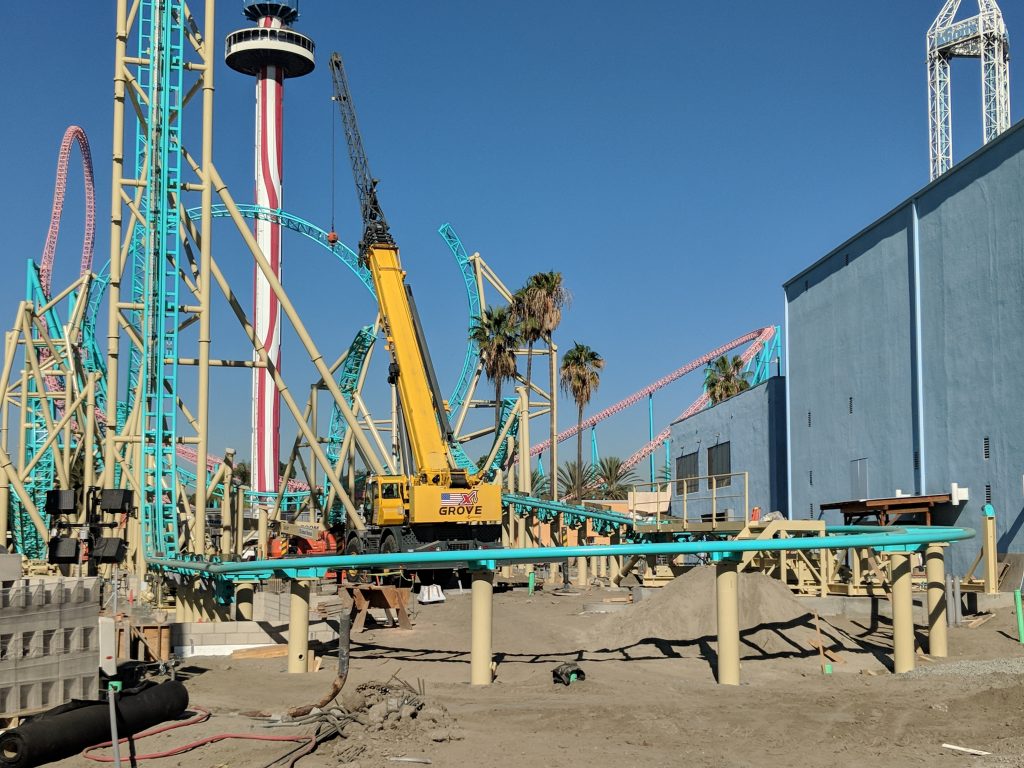 The foundation for the station building is in place, and it looks like the transfer/storage track for the ride vehicles is currently under construction in the background. 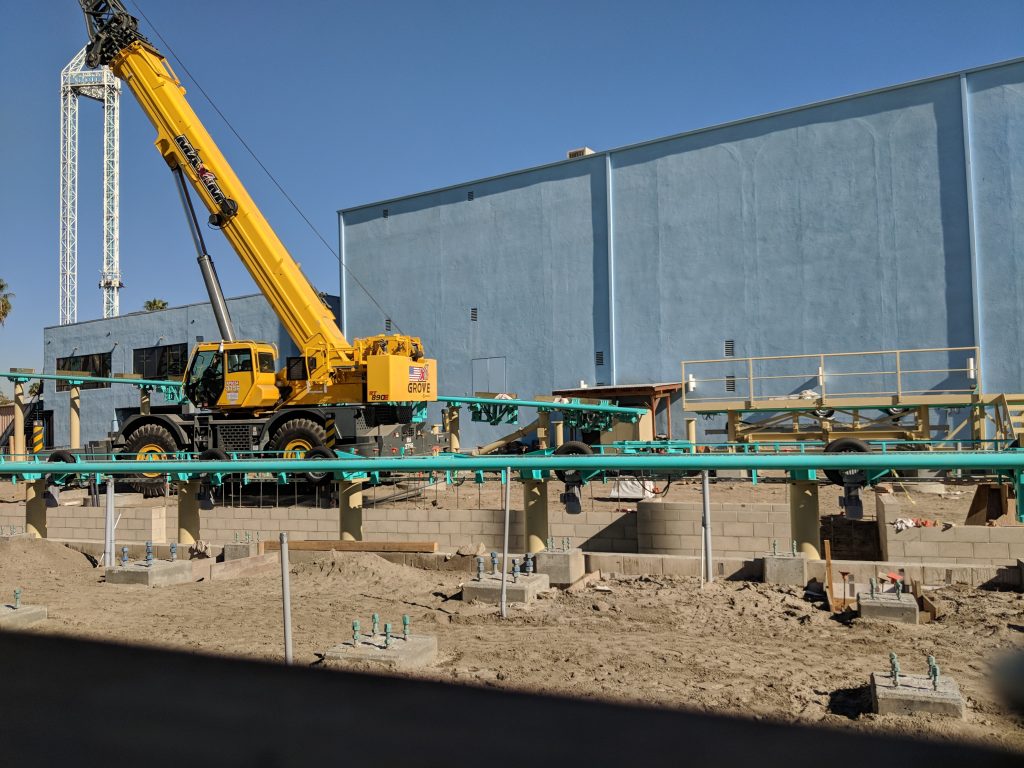 This giant crane on site is placing track faster than I’ve ever seen before, the coaster is perhaps halfway done and it’s still 2017. I think we may be able to see testing as early as February or March for a Spring opening. 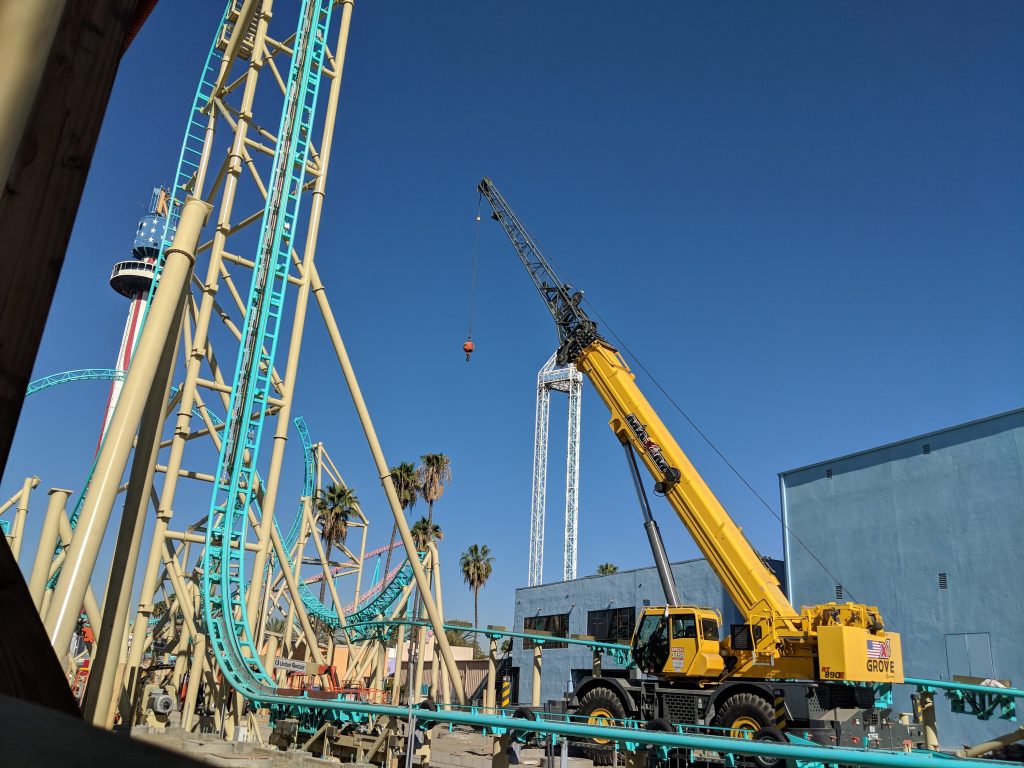 Even magnetic brakes and tire wheels (and motors) have been installed already. 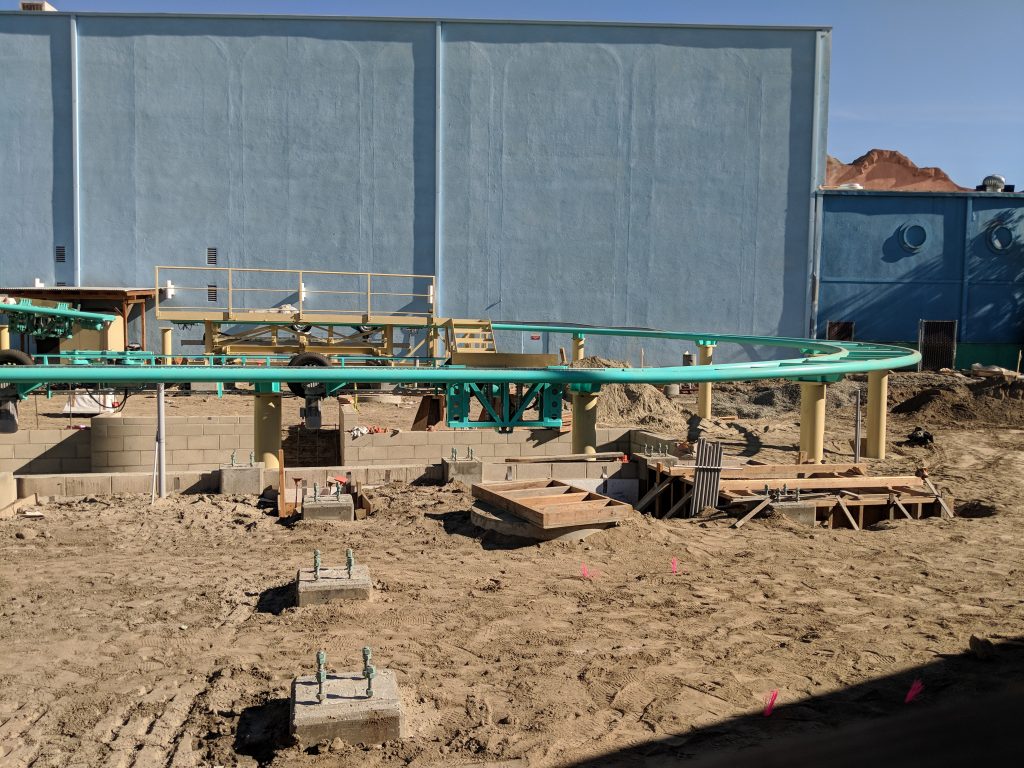 While looking at that, also notice the footers for exit and entrance to the station as well as the supports for the Horseshoe, which passes over the station. 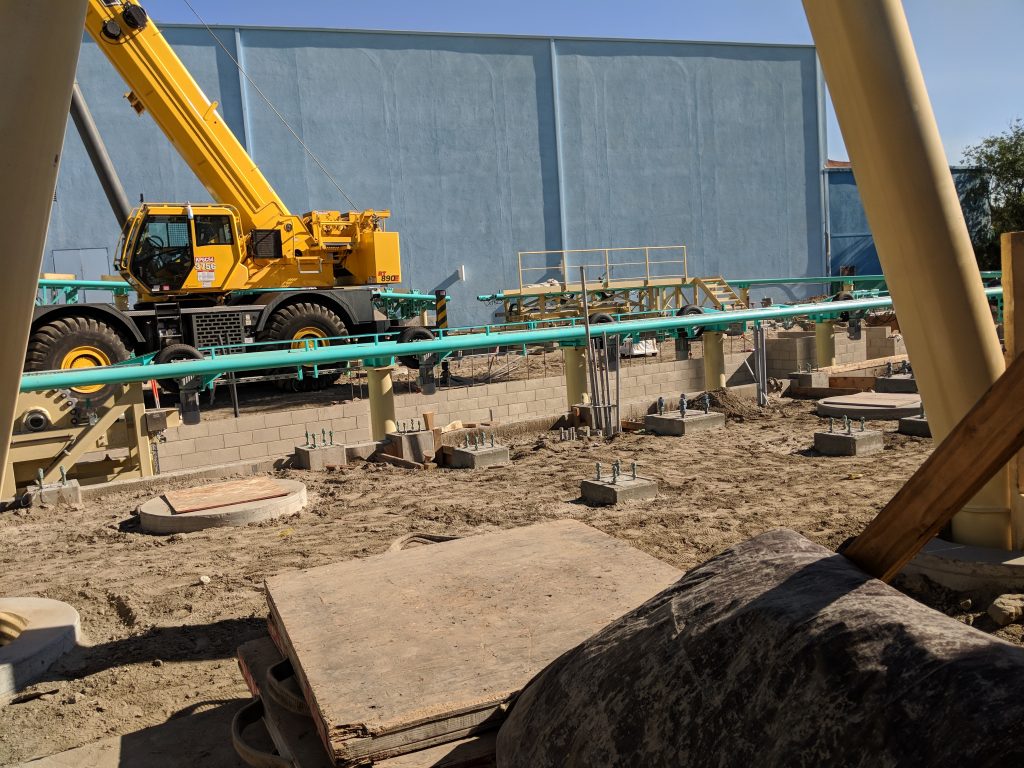 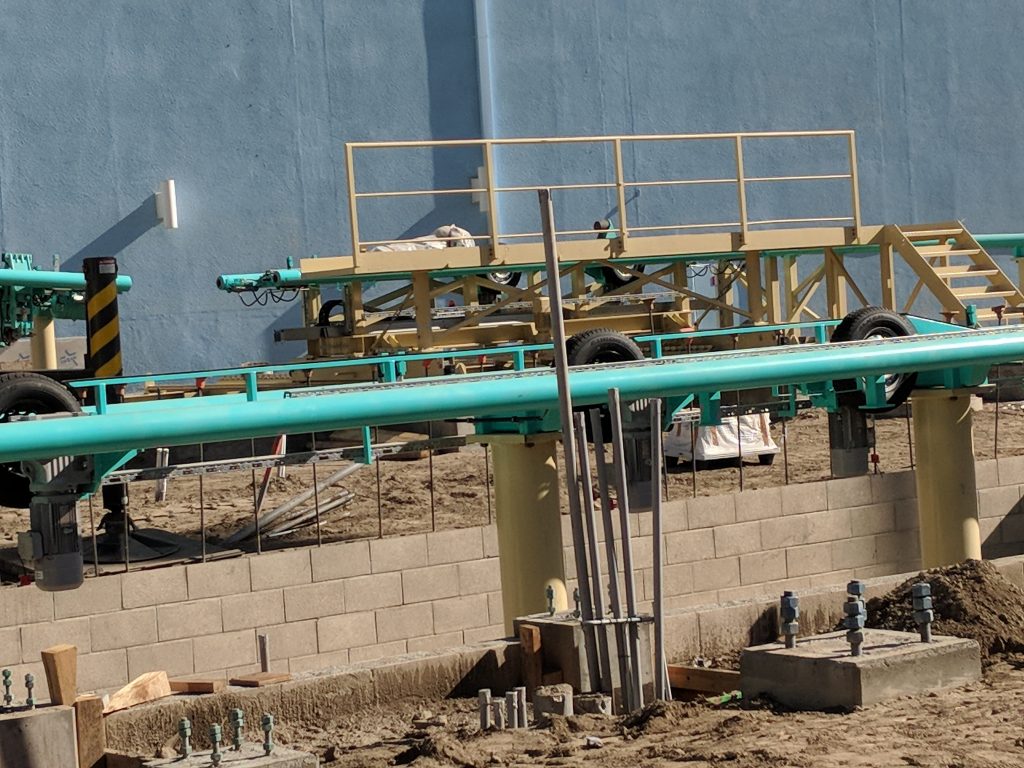 Here’s another great overview of how far along construction has gotten in the past few weeks. 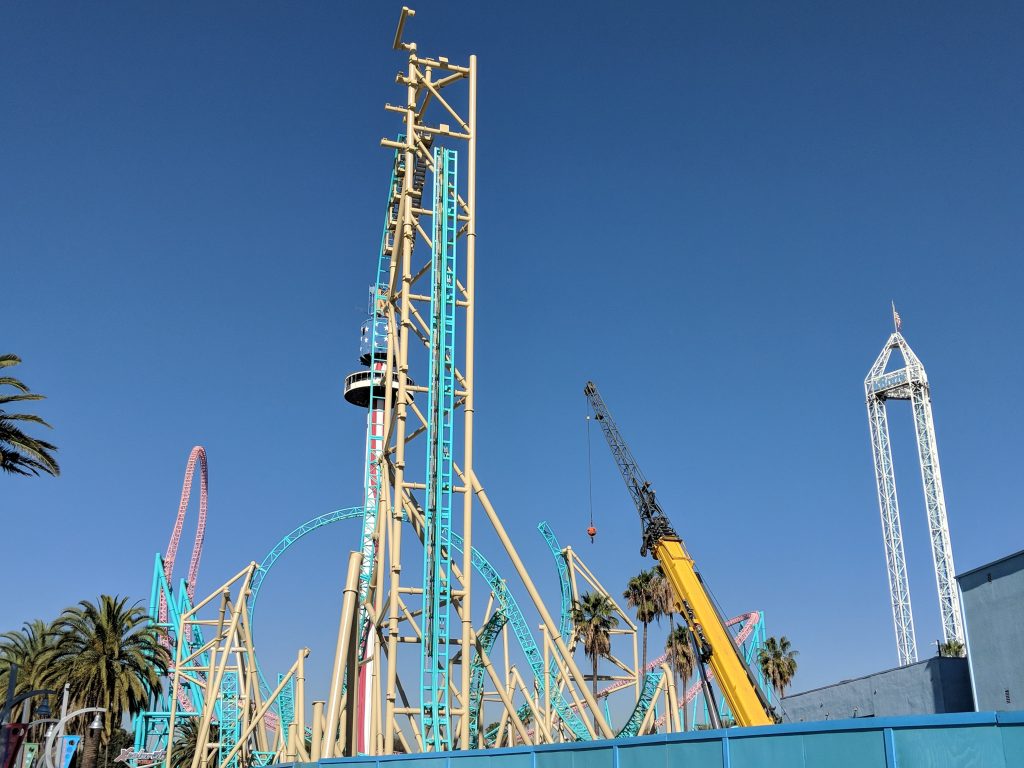 Notice something new? It’s the holding brake for the Dive drop! 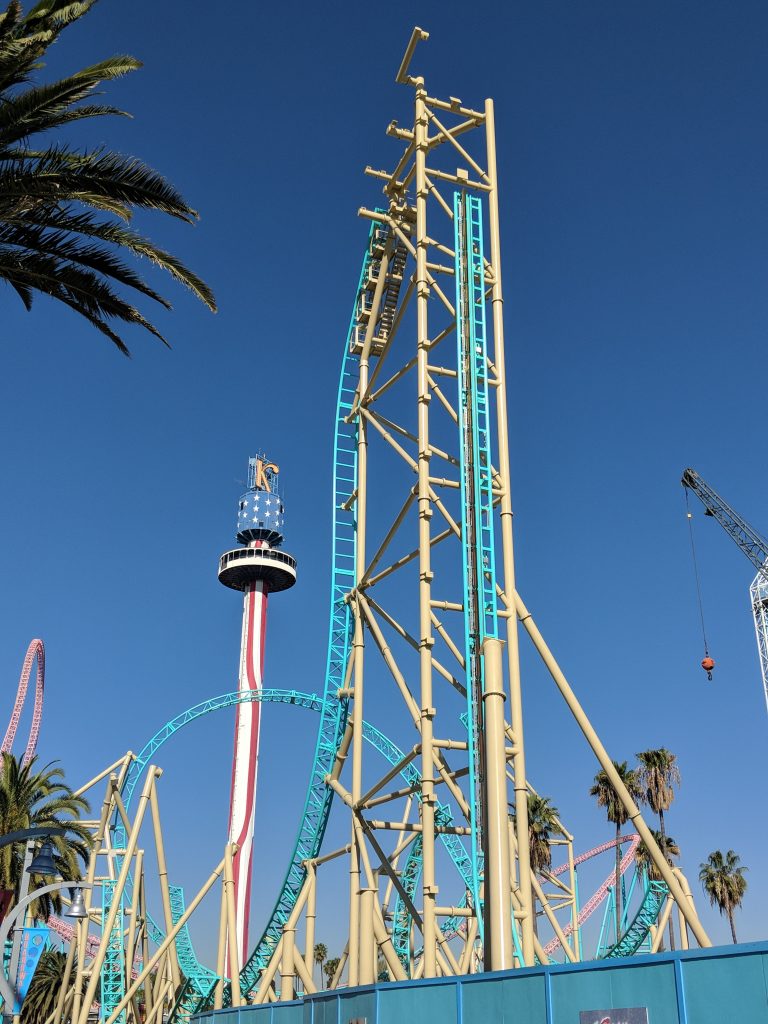 The top of the lift itself is still missing, which we expect to be topped off in the near future. 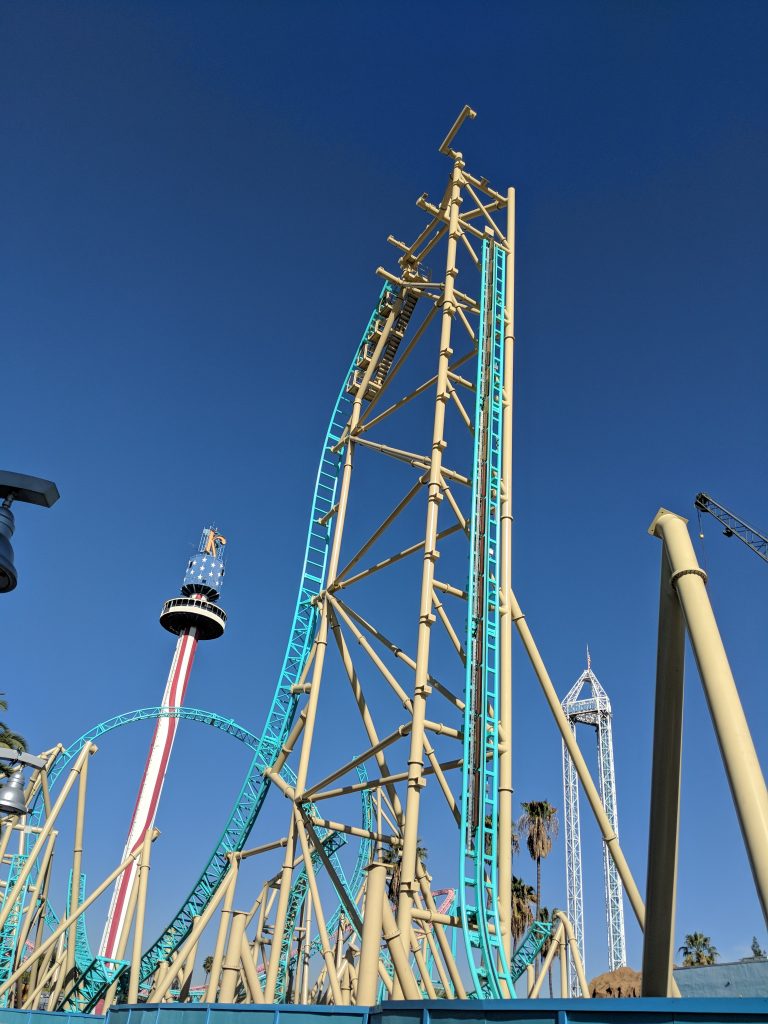 The massive 150 feet tall structure is intimidating when standing right below it on the midway, the ride’s hangtime filled second element has a nice presence to it as well. 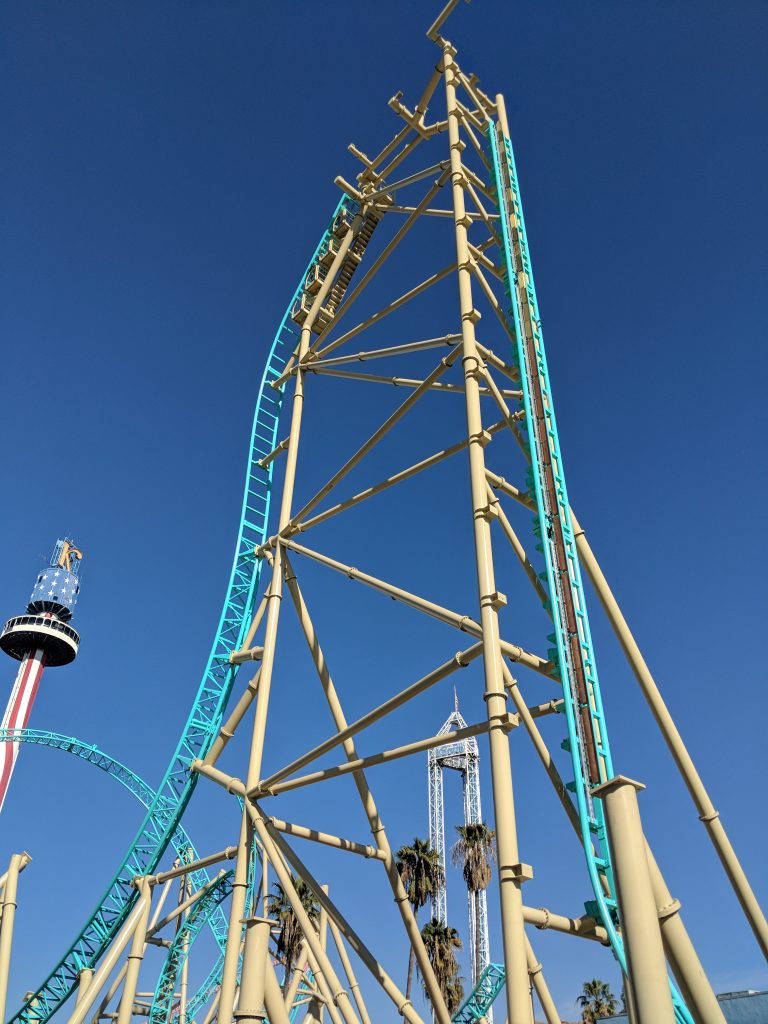 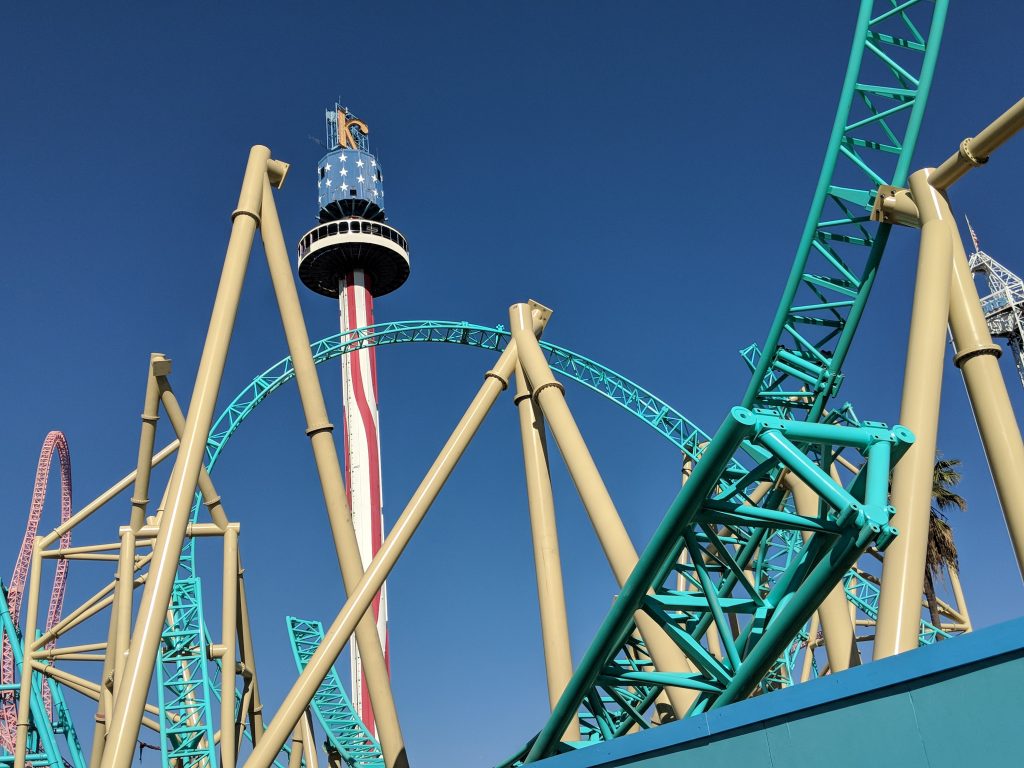 From this angle we also have the ability to look up and admire that first drop and newly placed holding brake! 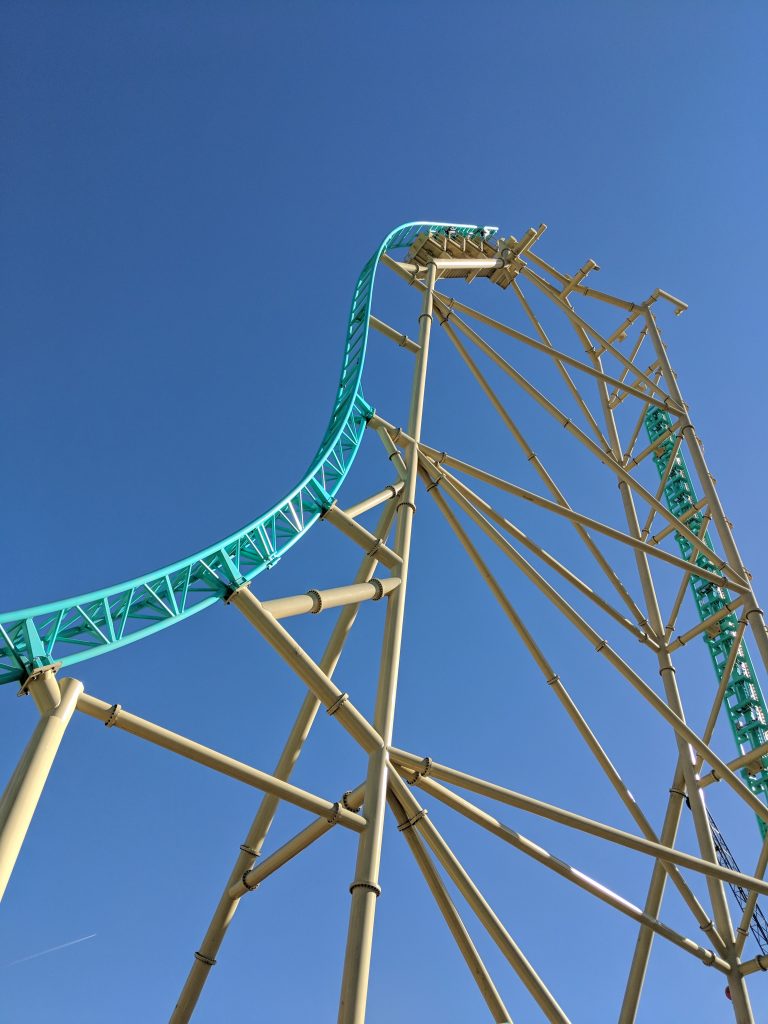 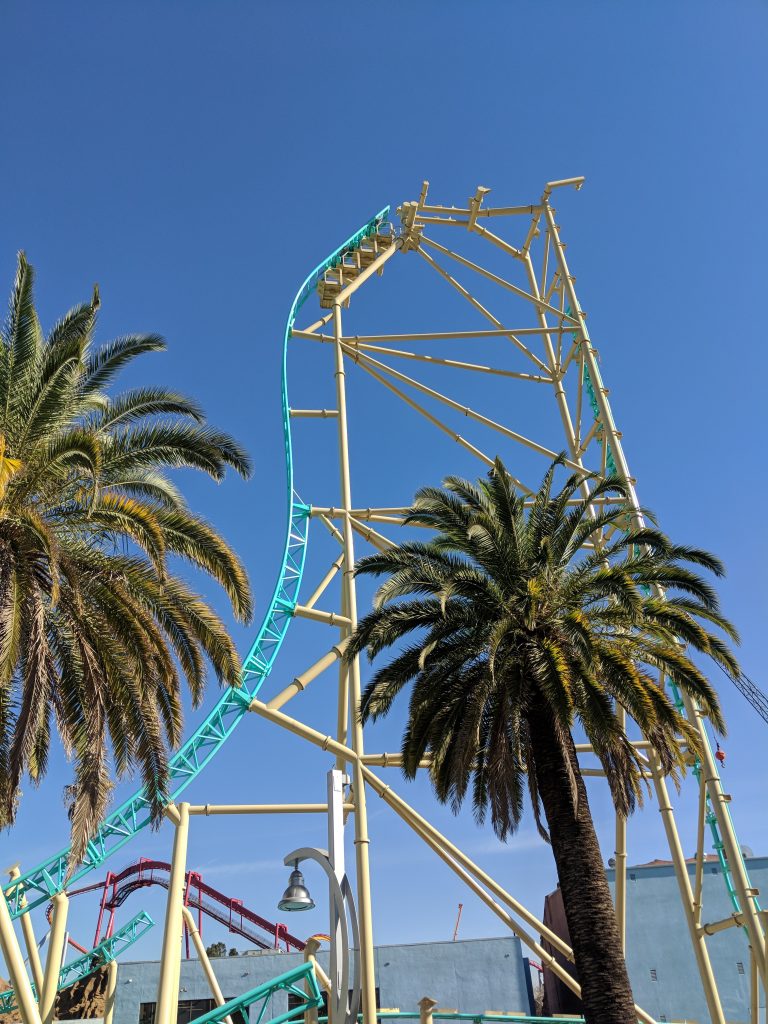 WOW! Look at this mess of track! A bunch of unfinished elements, including the Top Hat/Pretzel Knot and the Cobra Roll. Note that one half loop of the Cobra Roll is already finished, the other is under construction right now. It becomes clear why this element has been sunk 5 feet below the boardwalk, as it really is a small and tight Cobra Roll by the looks of it! 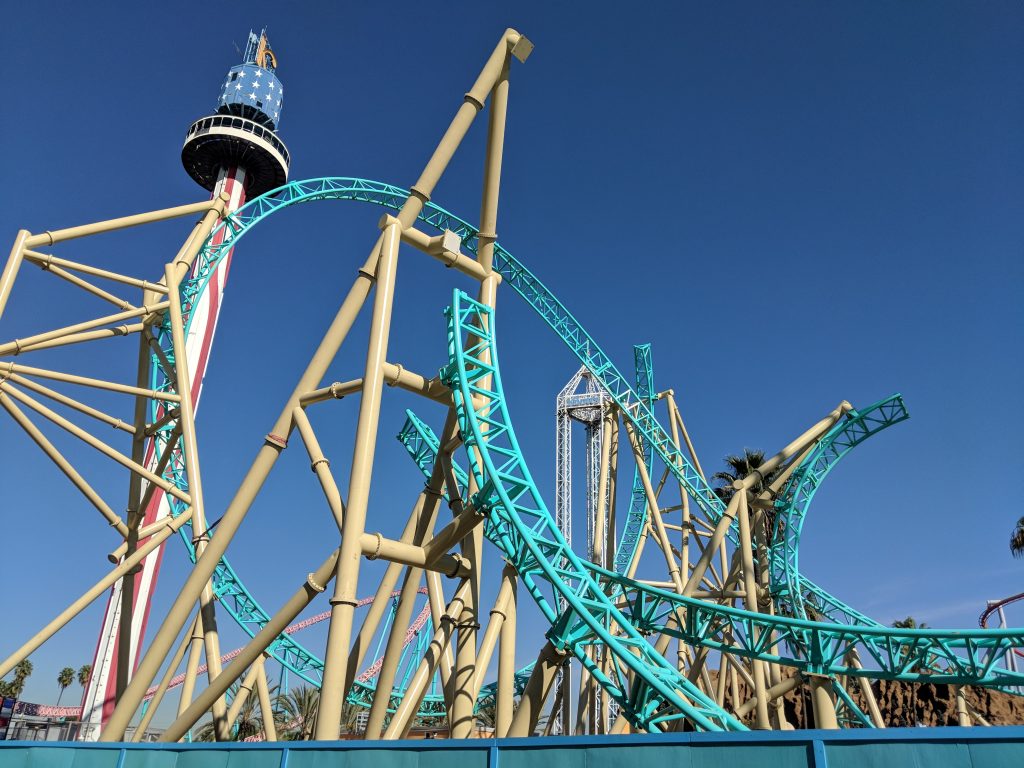 All the supports needed for the Cobra Roll are in place already, as seen below. This element is likely to be finished next. 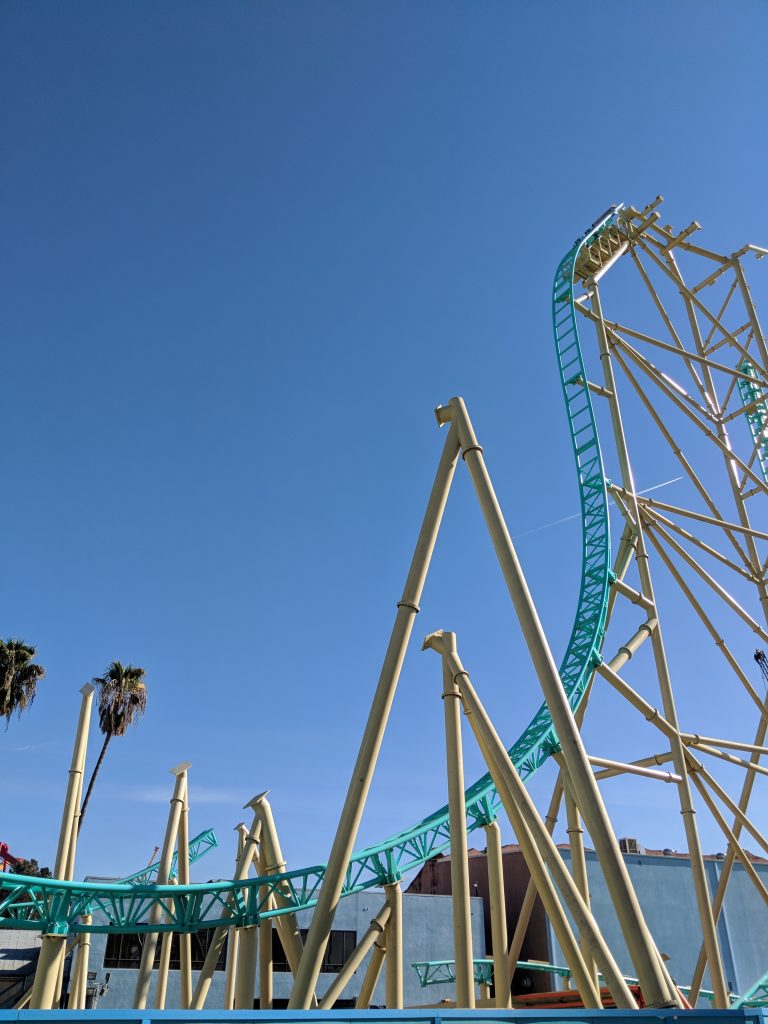 The track in the far distance is for the elevated Corkscrew, which along with the Horsehoe and Double Down have yet to be constructed. 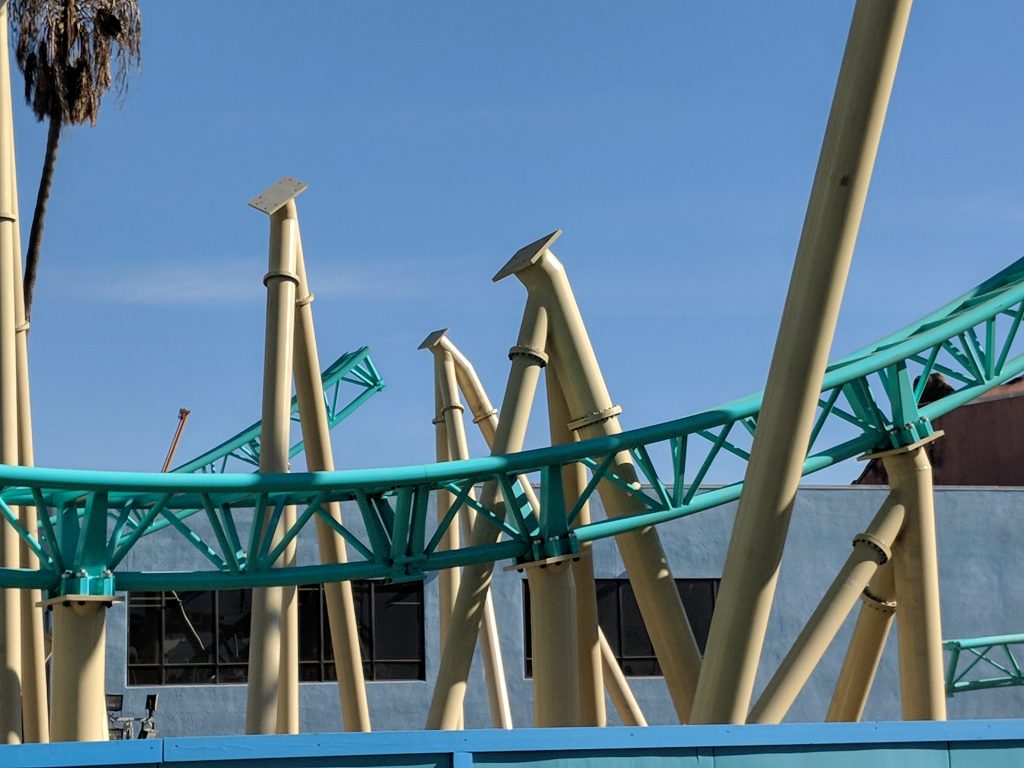 Let’s take a look at the beauty that is the hangtime filled Pretzel Knot. The dive into the element, from the Top Hat, is in place, so is the track approaching the Top Hat. So all we’re waiting for is the bottom of the first drop to be connected to the next element. But the structure and track just look beautiful! 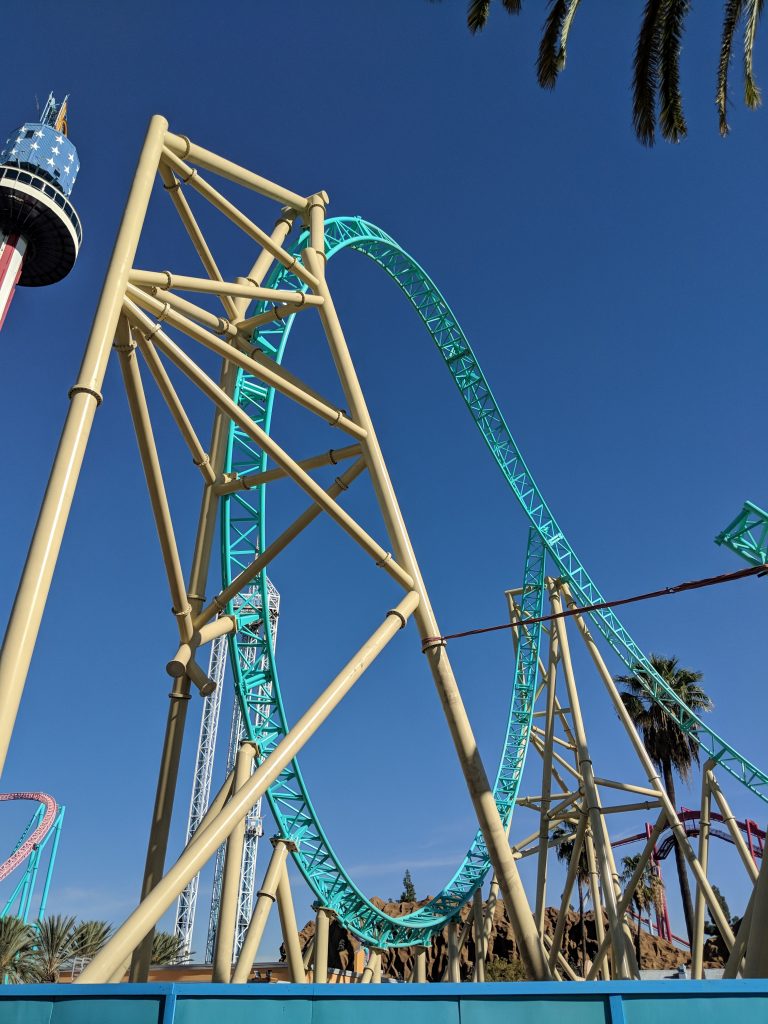 Now we have this much more track and supports, the ride really is starting to look like the compact Gerstlauer Infinity mess we were looking forward to <3 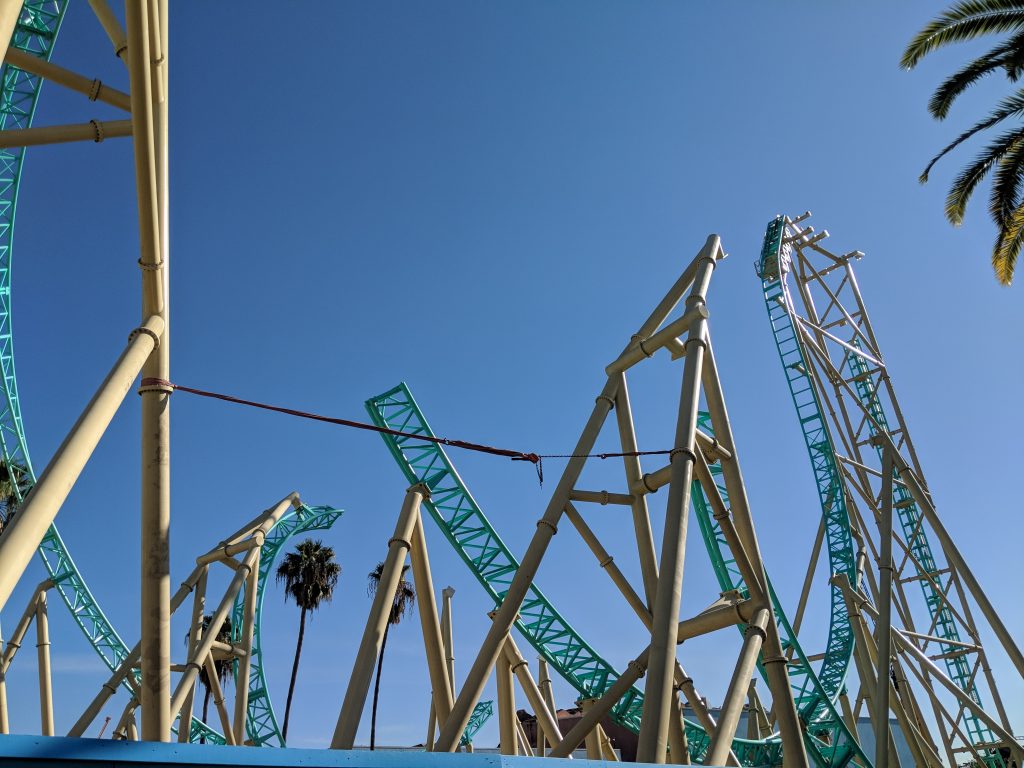 The supports on this ride are fascinating, such as the supports for the Cobra Roll. 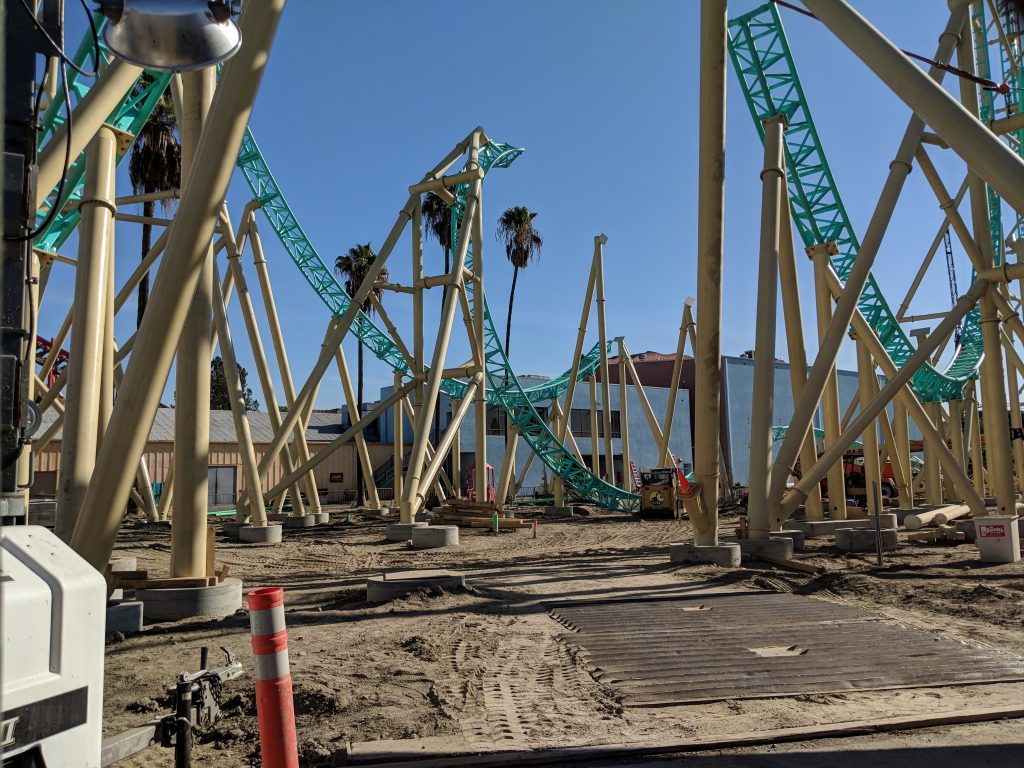 One of the surprises for me personally would be how awesome this marquee element looks. This will be a picture spot for fans for years to come. 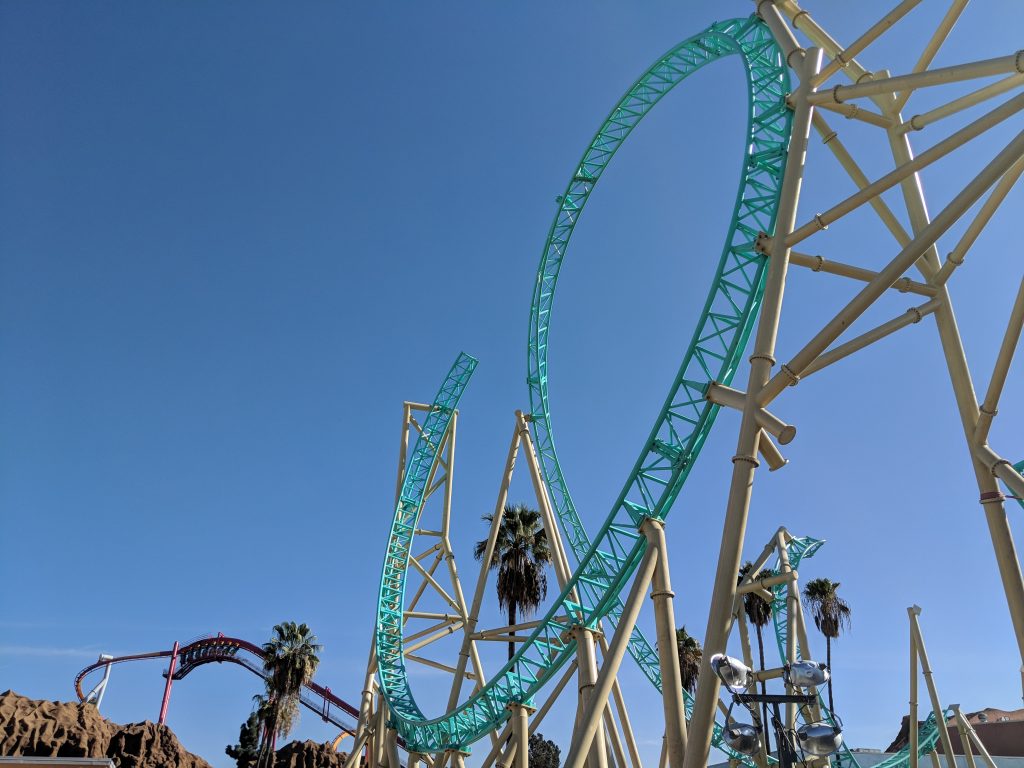 Another picture showing off all the progress made lately! 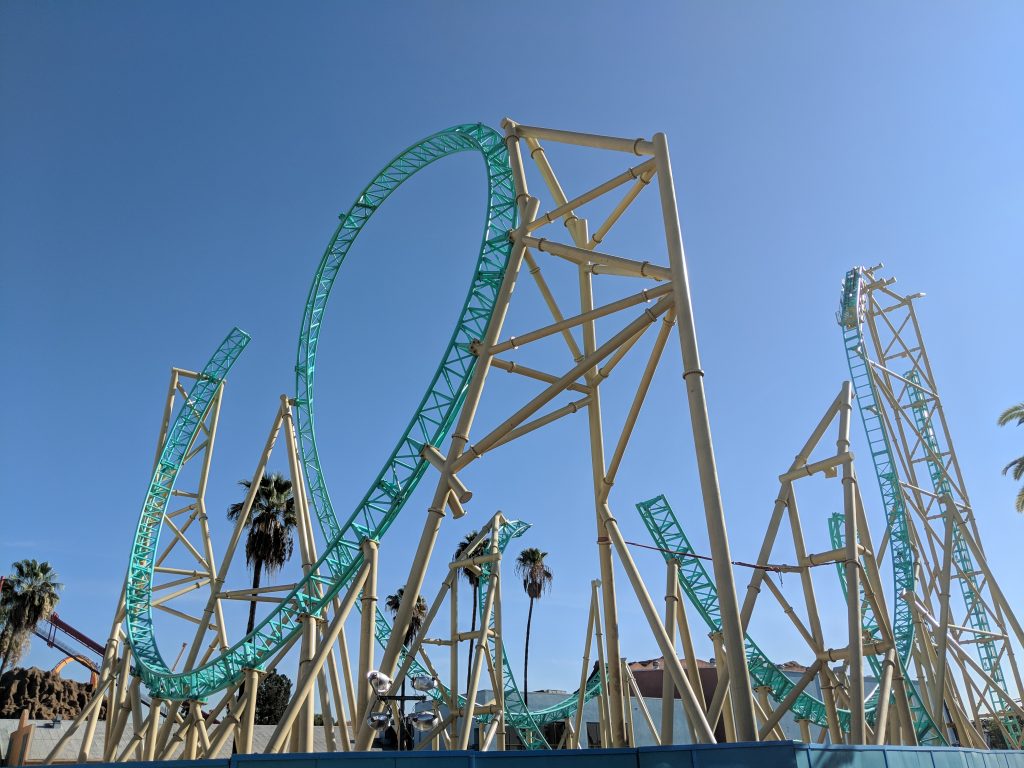 In the previous update we discussed some dents.. Well there are some more! Seems like it hasn’t quite cracked the paint, but there’s multiple supports with dents in them, which can’t be good. 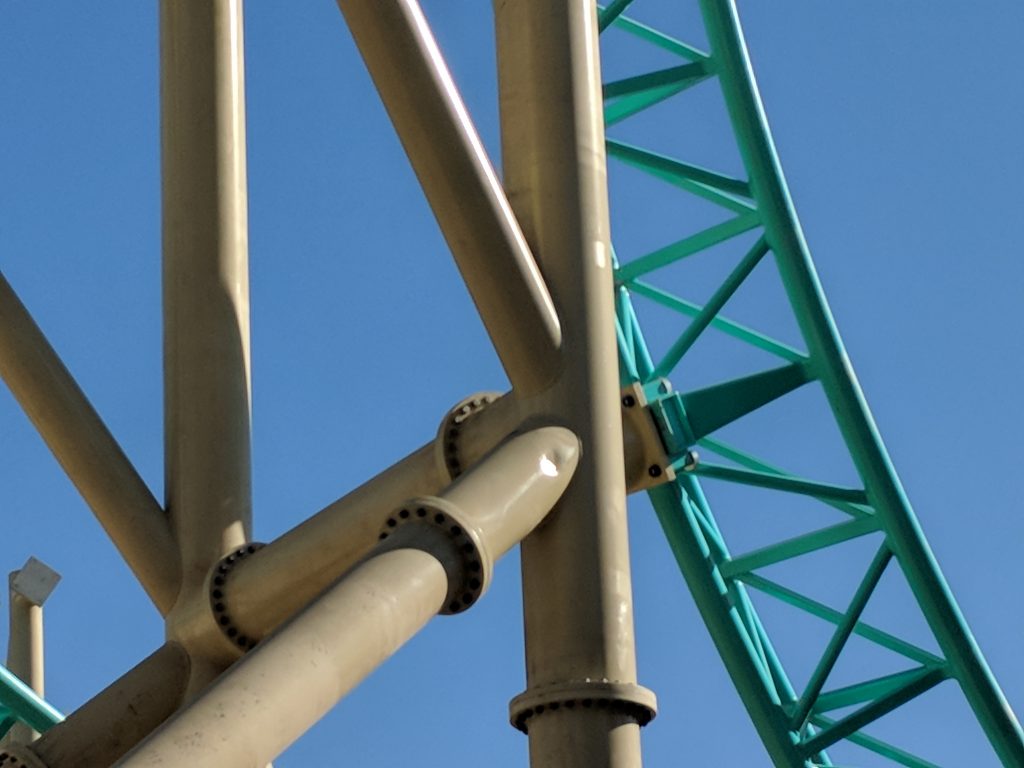 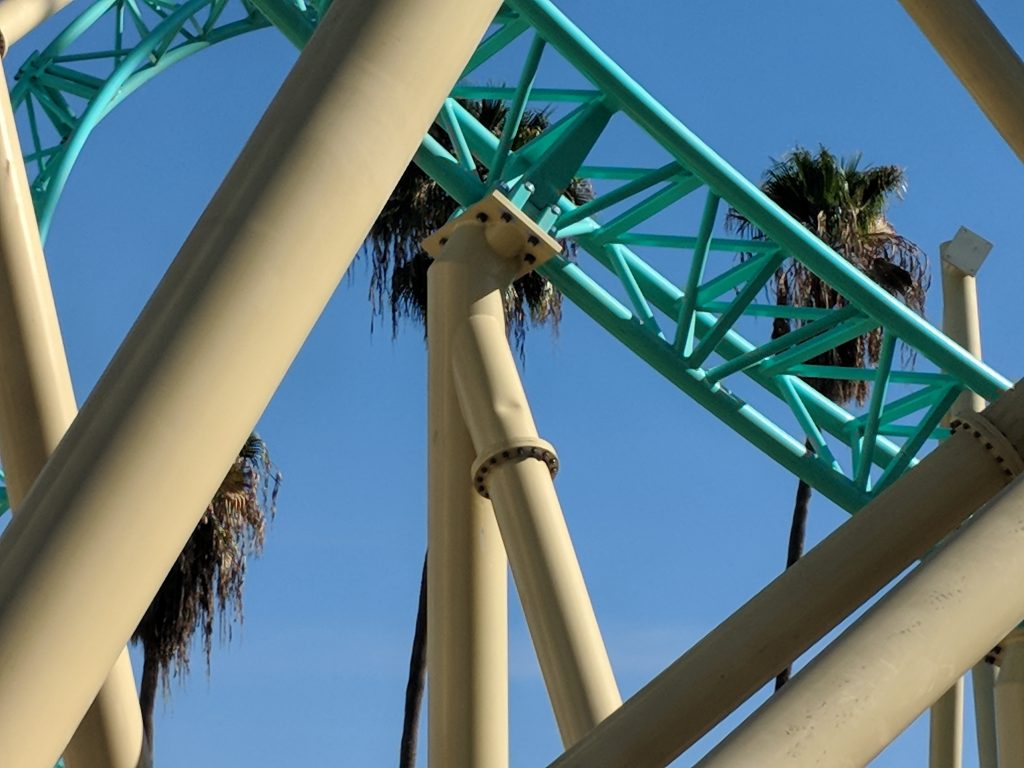 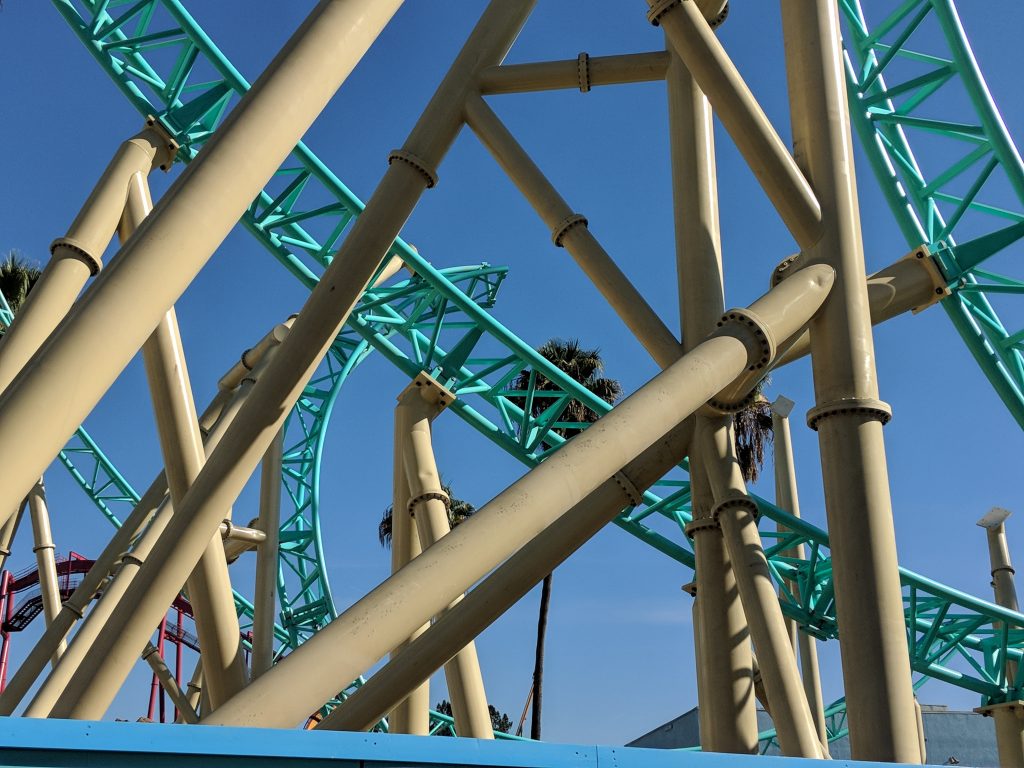 Thank you for checking out this new HangTime/Knott’s Berry Farm Update! Thanks to Brian with assisting with the pictures! We’ll be back in the near future with plenty more HangTime coverage. For now check out our previous HangTime Update, as well as our Dollywood’s Smoky Mountain Christmas report!